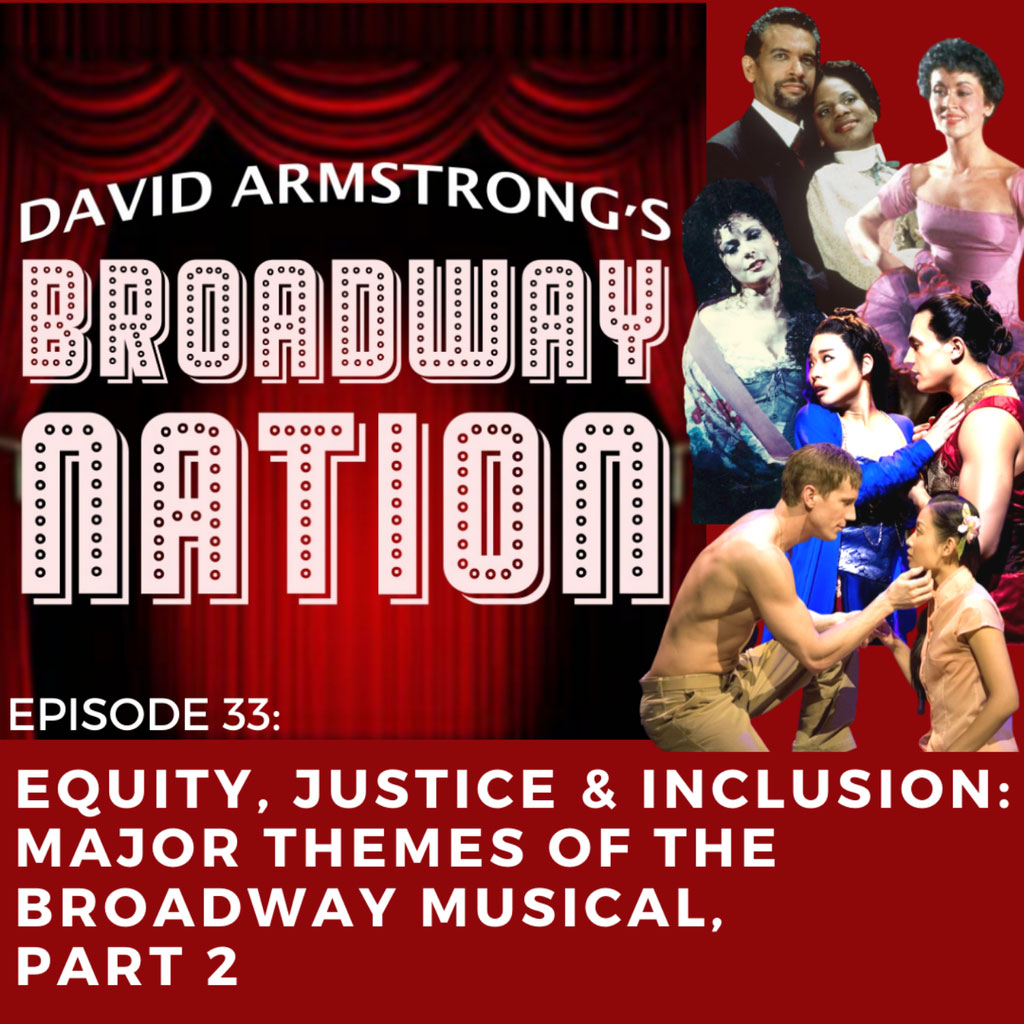 At the beginning of each episode of this podcast I state that the Broadway Musical was invented by various marginalized and disenfranchised people, and that in the process of creating it, they transformed American culture as well. This is the second of several episodes in which I demonstrate exactly why I think that is true, and how it happened.

When we consider the people who created the musical it certainly should not be surprising that there are at least 30 popular and successful Broadway musicals that have stories, plots and themes that explicitly deal with Equity, Justice, and Inclusion in regard to Race, Ethnicity and Culture.

People are sometimes surprised when I tell them that this is one the Broadway musical’s principal themes. They don’t think of musicals in that way. But as we have seen over the past 32 episodes — musicals have always closely reflected American culture, and from the very beginning, these issues have been at the center of America’s story and our country’s many attempts — and recurring failures — to fulfill and achieve its founding principal — that all people are created equal.

The great musicals that I profile today include The Red Moon, As Thousands Cheer, Show Boat, South Pacific, The King And I, West Side Story, Fiddler On The Roof, Cabaret, Ragtime, Hairspray, and Wicked.