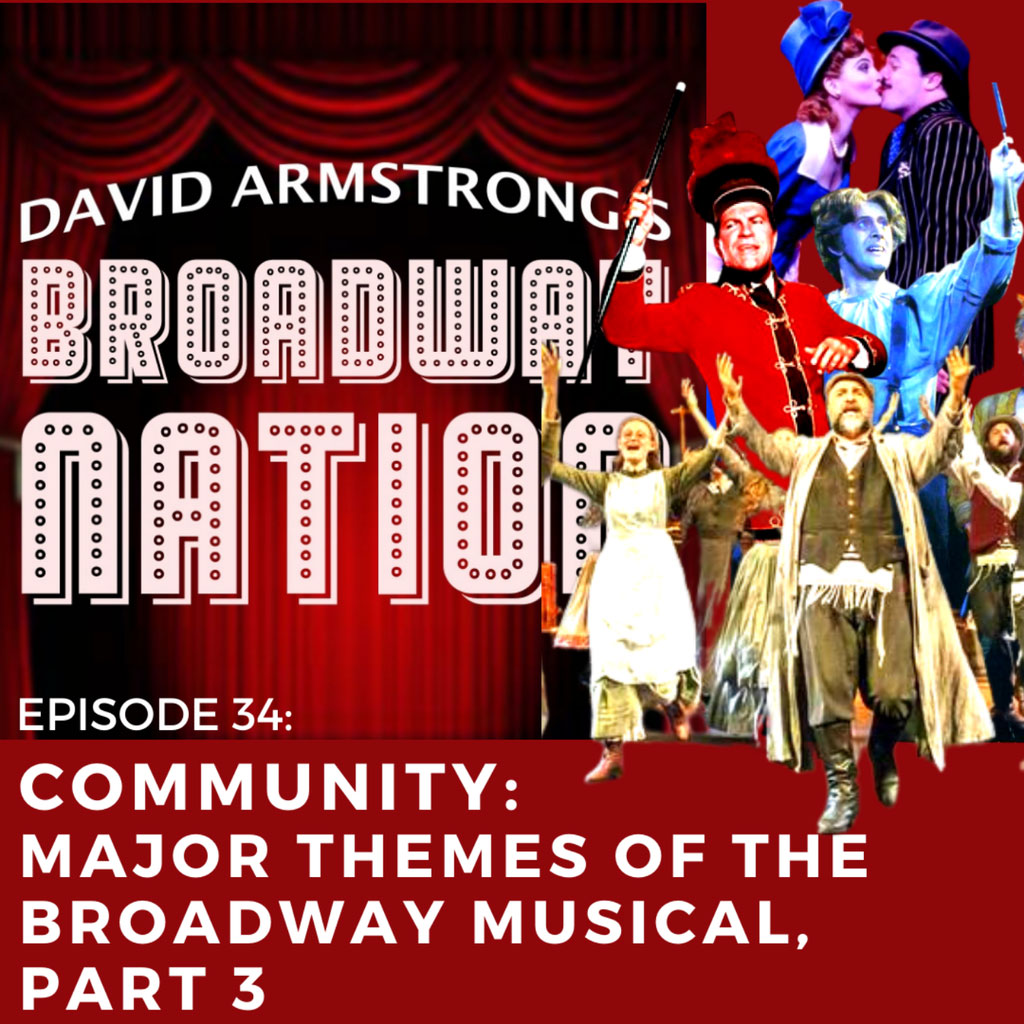 Episode 34: Community: The Major Themes Of The Broadway Musical, part 3

Over the past two episode we’ve explored the principal themes that underly the greatest number of Broadway Musicals. Two weeks ago we looked at “Transgressive Women”, last week it was “Equity, Justice and Inclusion”, and today we explore “Community”.

The Musical theater is a very effective form for dramatizing entire communities of people – and often the community itself becomes a major character in the drama. Because of this natural ability, dozens of Broadway musicals – including many of the most popular, acclaimed and influential – focus nearly as much on the triumphs and tribulations of the community in the story, as they do the of the individual central characters. In these shows the fate and fortunes of hero and heroine are completely tied into , and dependent on the ability of the community to thrive and function – and visa versa.

In this episode I explore the ways in which Community central to the musicals Fiddler On The Roof, Oklahoma!, Brigadoon, A Chorus Line, Pippin, The Music Man, Cats, Sweeney Todd, Come From Away and more!