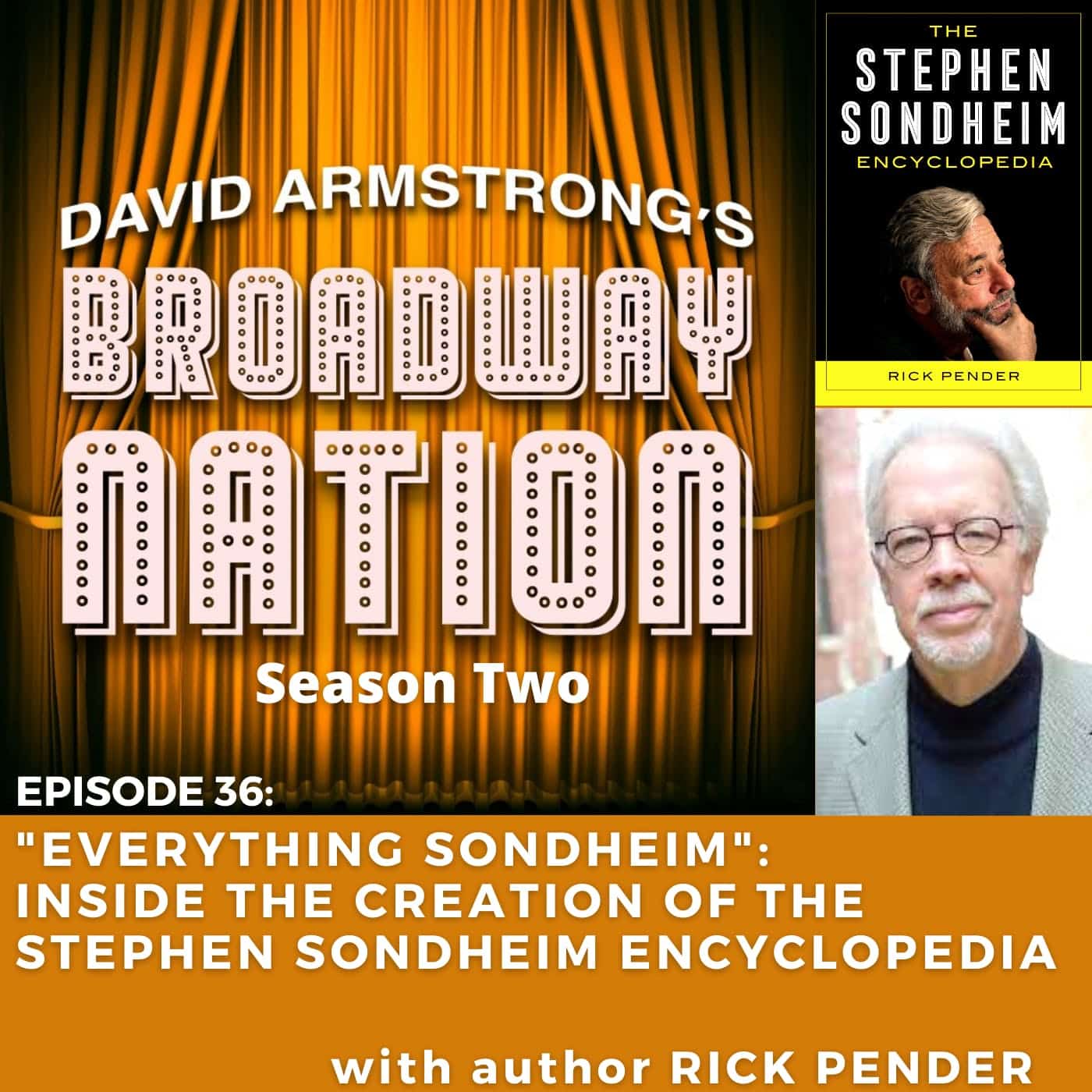 Episode 36: Everything Sondheim: Inside the Creation of The Stephen Sondheim Encyclopedia with author Rick Pender

Author Rick Pender takes us inside the creation of The Stephen Sondheim Encyclopedia.

Rick Pender is a longtime member and former chair of the American Theater Critics Association. He first began reviewing theater in 1985 for a public radio station he managed at Northern Kentucky University. He later became the theater critic for CityBeat – Cincinnati’s alternative weekly newspaper — and eventually became its arts and culture editor. He also often contributed articles to The Sondheim Review, a quarterly magazine that I know many of you remember fondly, and for 12 years, from 2004 to 2016, he served as its managing editor.  His latest venture, The Stephen Sondheim Encyclopedia, is a 638 page overview of anything and everything related to Sondheim’s work, life and career. It was published earlier this year and has been selling briskly and receiving rave reviews.

The Stephen Sondheim Encyclopedia is available in hardcover and e-book from Rowman & Littlefield. However, if you go to Rick Pender’s website, rickpenderwrites.com, you will find a code that will provide you with a 30% discount.