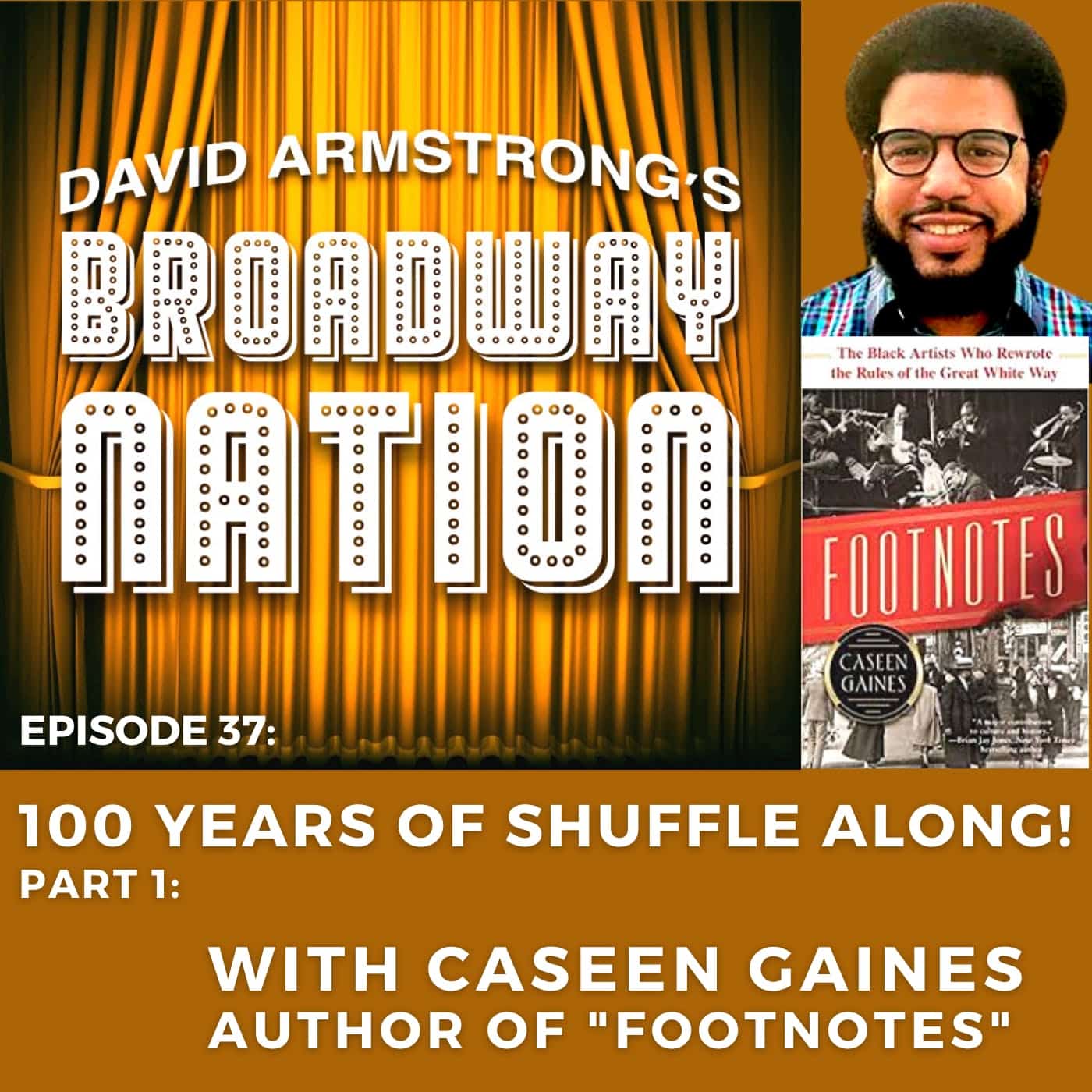 This year marks the 100th Anniversary of Shuffle Along! The groundbreaking musical that kicked off a decade of vibrant black musical theatre on Broadway which included more than a dozen shows created by black songwriters, black bookwriters, black producers, black directors and choreographers — and these shows brought hundreds of black actors, singers, dancers, and musicians to Broadway.

This landmark event is being celebrated with the release of two wonderful new books – including the first full biography of Shuffle Along’s composer titled — Eubie Blake: Rags, Rhythm and Race by Richard Carlin & Ken Bloom

And Footnotes: The Black Artists Who Rewrote the Rules of the Great White Way by Caseen Gaines.

I have had the great pleasure of interviewing the authors of both of these books and you have the opportunity to meet all three of them in a series of upcoming episodes.

This week it is my honor to introduce you to Caseen Gaines whose extraordinary book, Footnotes, tells the story of how four young black artists — Noble Sissle, Eubie Blake, Flournoy Miller and Aubrey Lyles overcame poverty, racism, violence and the legacy of slavery to produce a runaway Broadway hit that ushered in both the Harlem Renascence and the “Jazz Age” on Broadway.

If you pay close attention to Broadway, as I know many of my listeners do, you will remember the that in 2016, writer and director George C. Wolfe created a star-studded Broadway musical which he tittled “Shuffle Along, or, the Making of the Musical Sensation of 1921 and All That Followed”. As that title suggests, this was not a revival or revisal of the of the original show but instead it attempted to tell the behind-the-scenes story of the making of Shuffle Along. You will also remember that it closed rather abrubtly and unexpectedly less than 3 months after it opened.

There was, however, at least one positive outcome from the early demise of that show — and that’s where my conversation with Caseen begins.