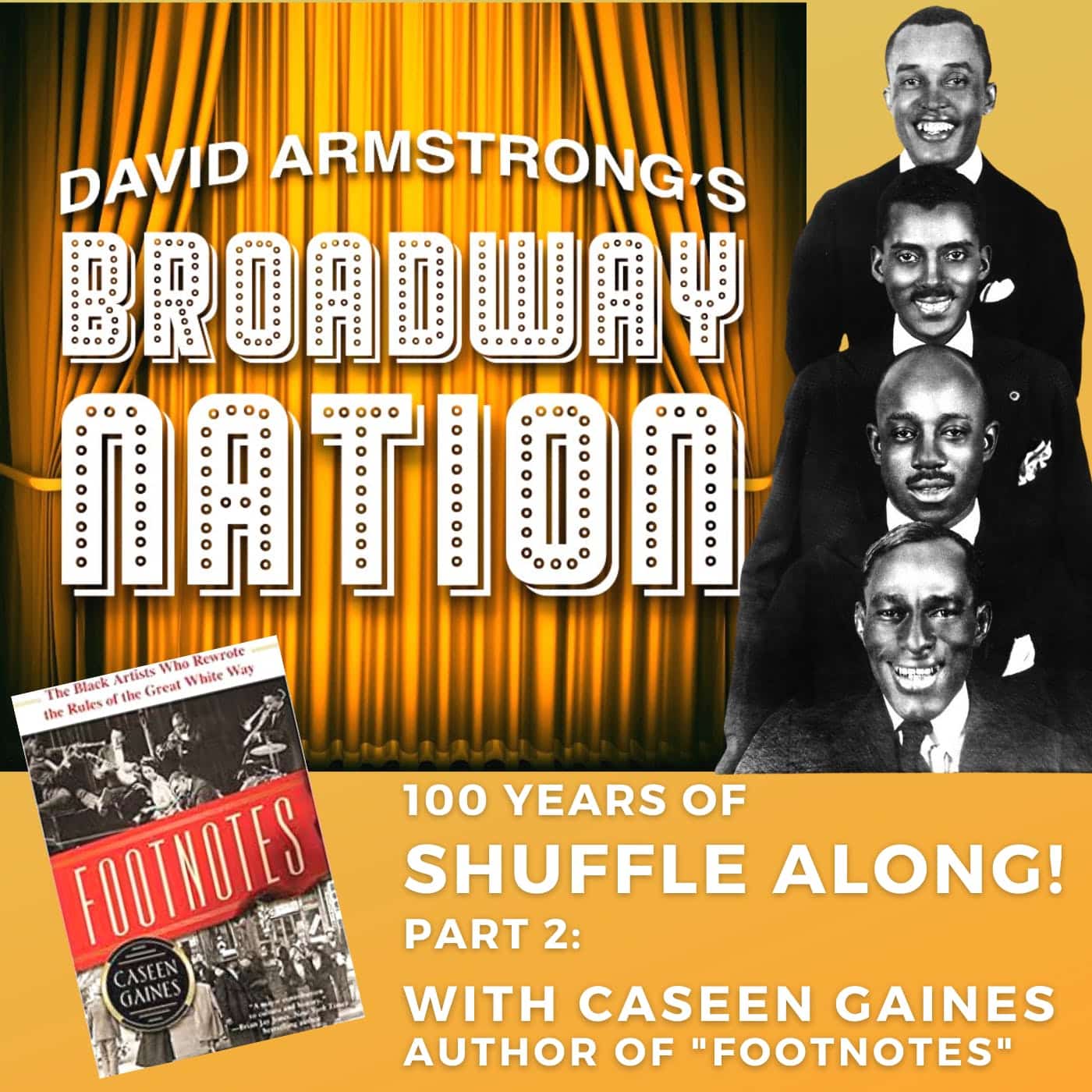 This week I continue my conversation with author Cassen Gaines whose fascinating new book Footnotes: The Black Artists Who Rewrote the Rules of the Great White Way tells the story of how in 1921 four talented and determined young black vaudevillians — Noble Sissle, Eubie Blake, Flournoy Miller and Aubrey Lyles — against incredible odds, teamed up to produce a runaway Broadway hit that ushered in a vibrant decade of Black Musicals on Broadway.

If you missed the first episode of this series you may want to go back and listen to that before you continuing with this one.

Although we now know that Shuffle Along became a giant, unprecedented hit — no one, except for possibly the shows four creators, could have expected that it would have any chance of success. There had not been a black musical on Broadway in more than 10 years, and some people were even suggesting if Shuffle Along opened it might insight a race war! That’s where we begin out conversation.