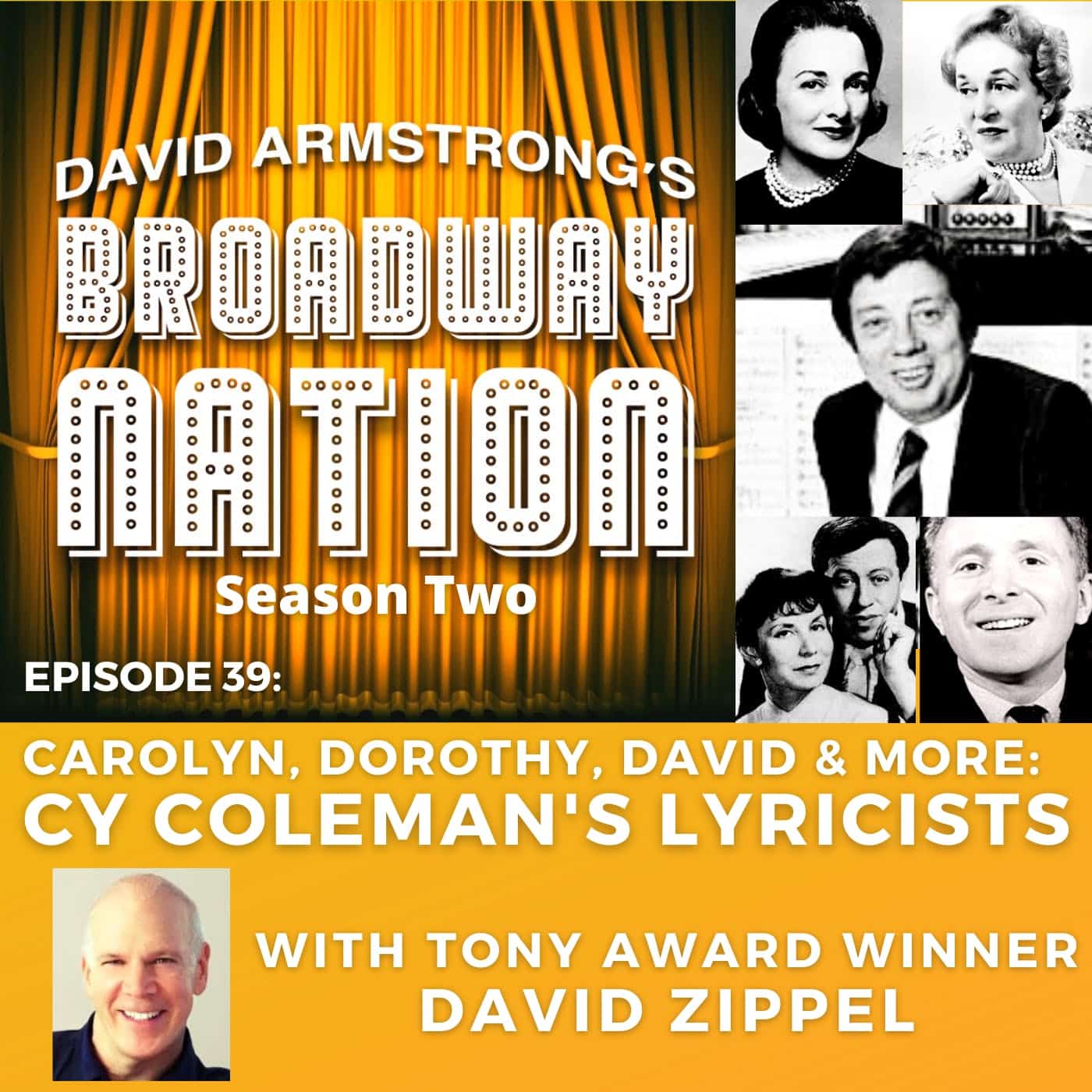 During an incredible Broadway career that stretched from 1953 to 1998, composer Cy Coleman created the music for 12 Broadway musicals. Unlike most Broadway composers, however, he was never part of an ongoing songwriting team but instead worked with seven very talented but very different collaborators. My guest today is one of those esteemed lyricists — David Zippel who partnered with Cy Coleman on the score for the 1990 Tony Award winning “Best Musical”, City Of Angels the hit musical that altogether received 10 Tony Awards including Coleman and Zippel’s win for Best Score. That show launched David on his own stellar career which has honored with two Academy Award nominations, two Grammy Award nominations, and three Golden Globe nominations. His songs can be heard on over twenty-five million CDs around the world that include recording by Stevie Wonder, Christina Aguilera, Mel Torme, Ricky Martin, Cleo Laine, Barbara Cook, Nancy LaMott, and include the Original Broadway Cast and Soundtrack recordings of The Goodbye Girl, The Women In White, The Swan Princess and Disney’s Hercules and Disney’s Mulan.

David and I first met shortly after we had both arrived in NY in the early 1980’s and have remained friends and colleagues ever since. Today we begin our conversation talking about Coleman’s Russian-Jewish heritage. So many Broadway songwriters — Irving Berlin, George Gershwin, Richard Rodgers, Harold Arlen, Leonard Bernstein to name just a few were the children or grandchildren of Russian-Jewish immigrants.

If you enjoy this podcast, I invite to join my Broadway Nation Facebook Group where there is a large and lively community of musical theater enthusiasts. We have a great deal of fun and I feel certain that you will too!

And If you would like to hear more about Carolyn Leigh, Dorothy Fields, Betty Comden and other women who invented the Broadway musical, you may want to check out Episode 7 and 8 of Broadway Nation.

Special thanks Special thank the Julia Murney and David David Burnham, everyone at KVSH 101.9 FM the voice of beautiful Vashon, Island Washington, and to the entire team at the Broadway Podcast Network.