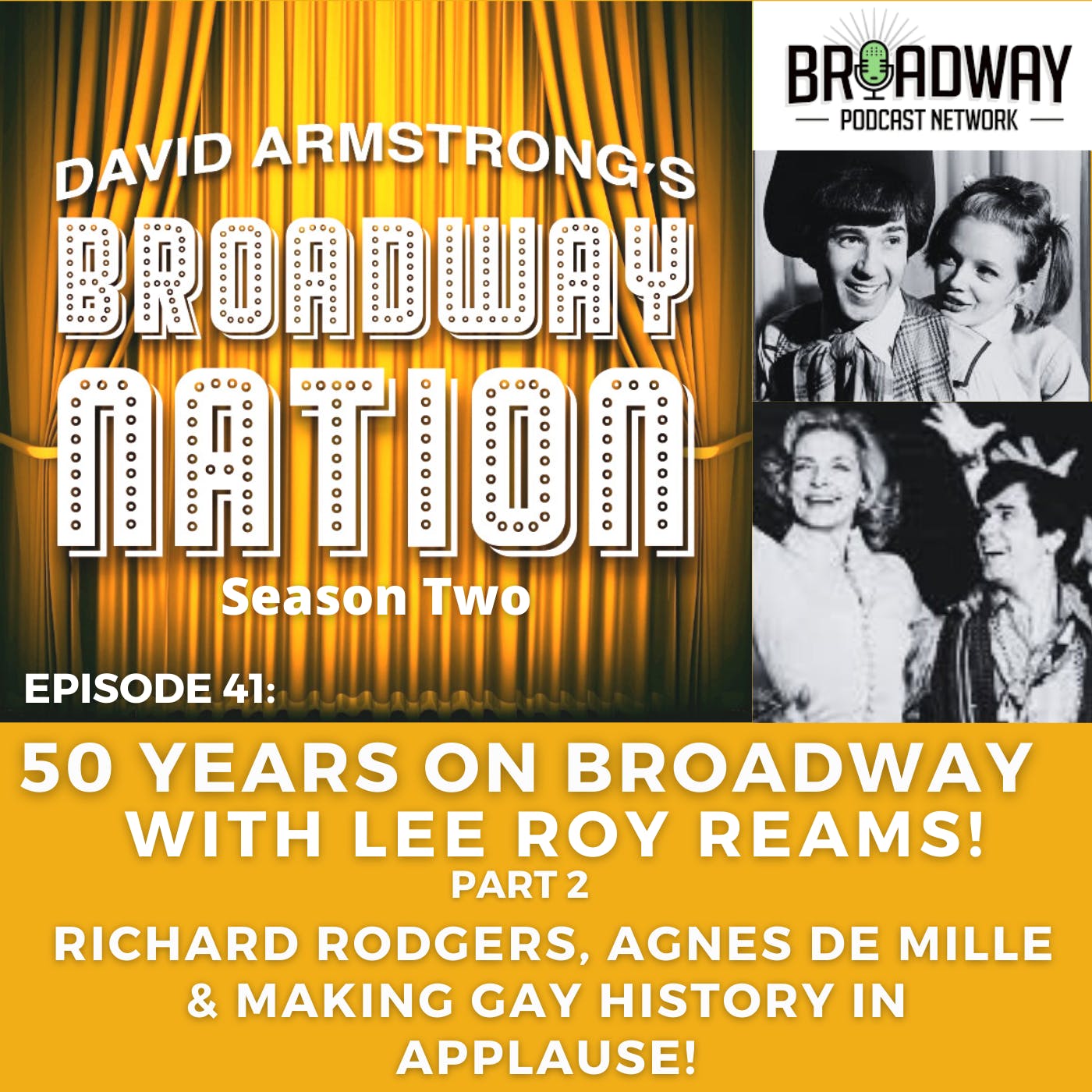 This is the second part of my conversation with Broadway actor, singer, dancer, director and choreographer Lee Roy Reams whose nine Broadway musicals span from Sweet Charity in 1966 to The Producers in 1996, and as you will hear – he is still going strong!

If you missed Part 1 you may want to listen to that episode first. We left off there with Lee Roy leaving his job as a dancer on the Carol Burnett Show in Hollywood and heading back to NYC because he was determined to move out of the chorus and start playing principal roles.