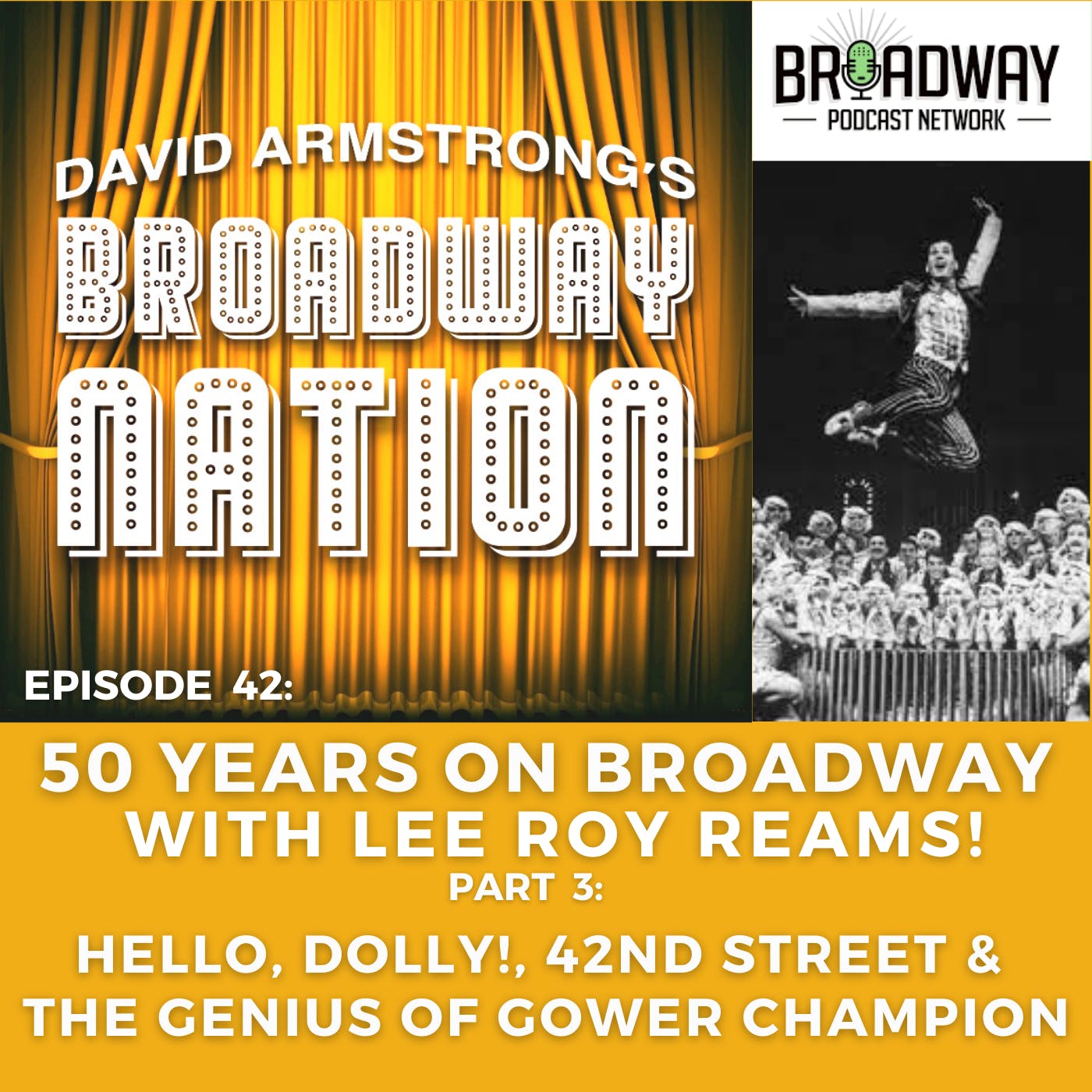 This is the final part of my conversation with Broadway actor, singer, dancer, director and choreographer Lee Roy Reams, at least for now. I am sure I will have Lee Roy back for another discussion in the not so distant future. There is no end to the amazing insights and classic show-biz stories that he has locked in his memories. If you missed the first two parts you may want to listen to those episodes first.

We begin this episode with Lee Roy sharing his experience playing “Cornelius Hackle” in the 1978 Broadway revival of Hello, Dolly! which was directed by an amazing woman named Lucia Victor. During her 45 year career on she was involved in more than 30 Broadway shows as a performer, producer, Casting director, stage manager and most significantly as the Production Stage Manager, Assistant To Gower Champion, and/or Production Supervisor on the original productions of Hello, Dolly, I Do, I Do, and 42nd Street.

Along the way you will hear hilarious and heartbreaking stories about Carol Channing, David Merrick, Marge Champion, Bob Fosse and more! And most thrillingly Lee Roy takes us inside the creation of the smash his Broadway musical 42nd Street, illustrates the genius of its director & choreographer, Gower Champion, and shares all the incredible drama of its legendary Opening Night!

Broadway Nation is written and produced by me David Armstrong.

If you enjoy this podcast please follow, rate and review the Broadway Nation on apple podcasts or wherever you listen. This will really does help other people who may be interested to discover the show as you have. Special thanks to KVSH 101.9 The Voice of beautiful Vashon,, Island, WA, and to the entire team at the Broadway Podcast Network..