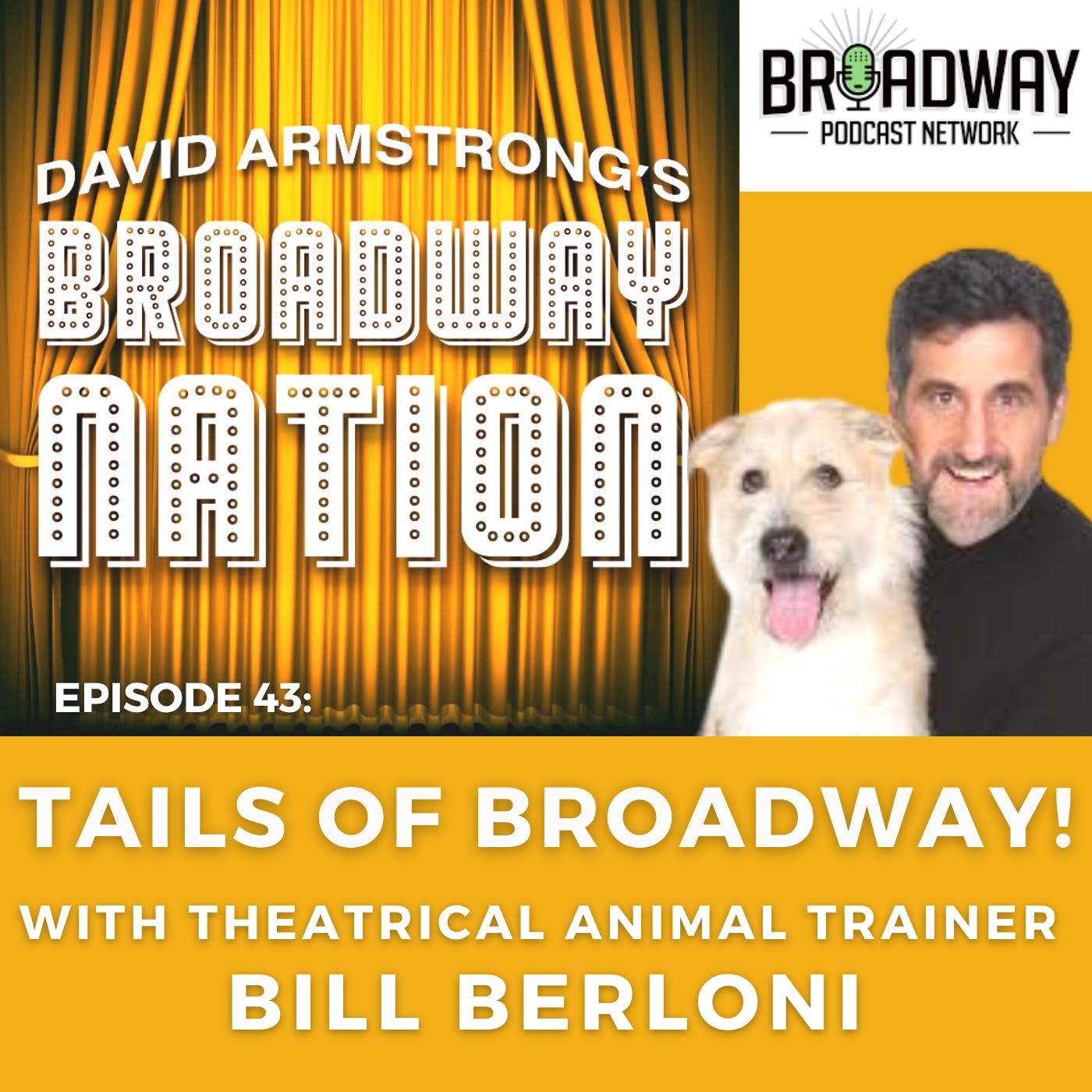 Beginning with the original production of ANNIE in 1977, Bill has provided and trained animals of all species and sizes for 27 Broadway musicals and plays, as well as for countless Off-Broadway shows, National Tours, regional theaters, movies, television shows, commercials and the NYC Ballet – and he found almost all of those animal actors in shelters, humane societies and rescue leagues.

His awards include a 2011 Tony Honor for “Excellence in the Theater”, a 2014 Outer Critics Circle Award for “Special Achievement”, and a 2017 Drama League Award for “Unique Contribution to the Theatre” all in acknowledgment of an incredible Broadway career that has included two revivals of Annie, The Woman In White, Gypsy, Legally Blonde, The Lt of Inishmore, A Christmas Story, and The Ferryman.

Bill recently released a third edition of his book, Broadway Tails: Heartfelt Stories Of Rescued Dogs Who Became Show Biz Superstars. I have to say it’s a surprisingly affecting book, and I was not expecting to be tearing up a many times as I did when I was reading the new edition in preparation for this podcast.