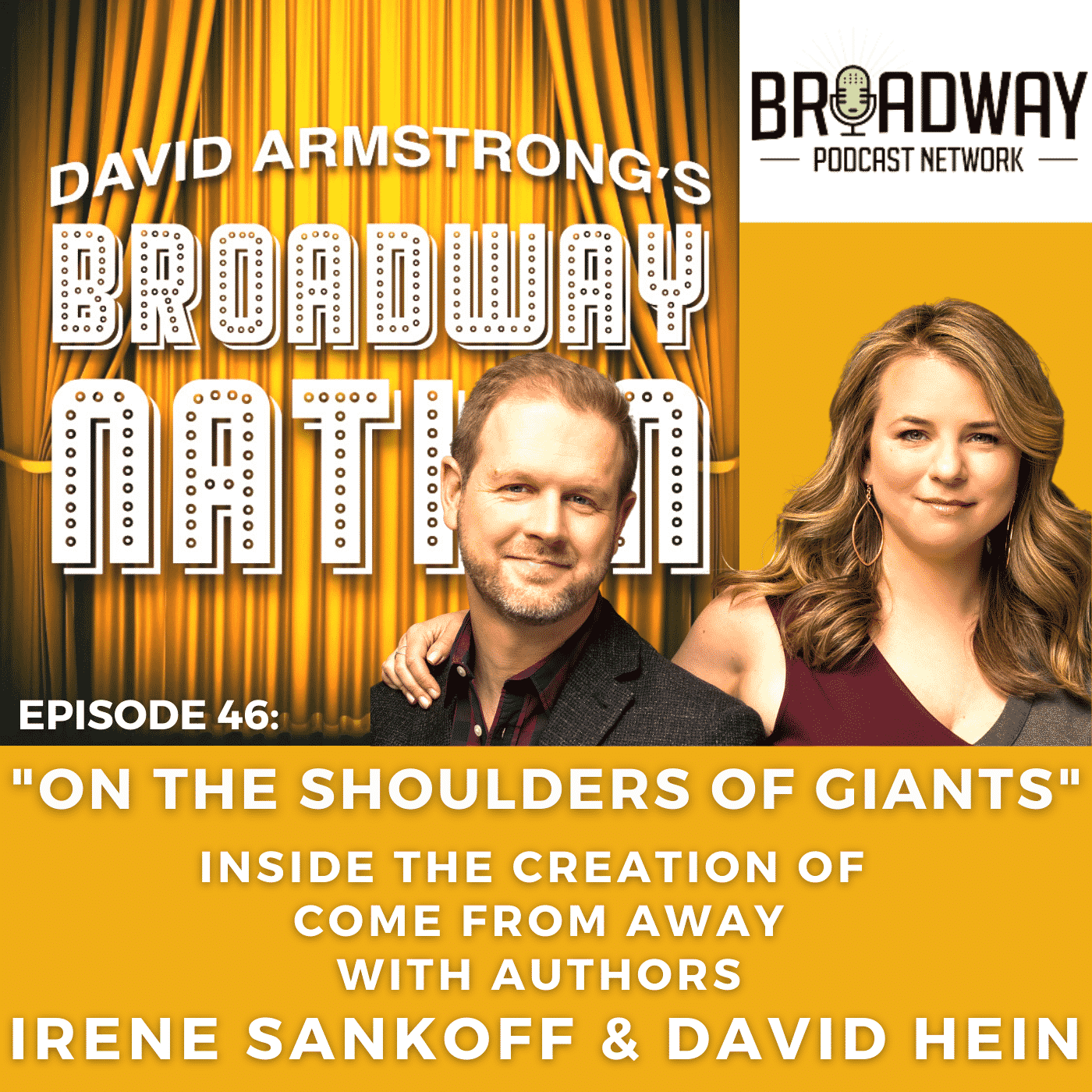 Episode 46: “ON THE SHOULDERS OF GIANTS”

My guests today are Irene Sankoff & David Hein – the dynamic writing team and married couple that created the giant international smash hit musical Come From Away.

Five productions of Come From Away have recently reopened around the world: Broadway, Toronto, London, Sydney and on tour across America. A live filmed version of the show is also streaming on Apple TV+.

Irene and David won the 2019 Olivier Award and were nominated for the 2018 Grammy Award and the 2017 Tony Award for their book and score for Come From Away, with the show itself winning the 2019 Olivier Award for Best Musical, three 2017 Dora Mavor Moore Awards, four Helen Hayes Awards, five Outer Critics Circle Awards and three Drama Desk Awards including Best Musical. David and Irene were also the recipients of the 2017 Outer Critics Circle and Drama Desk awards for Best Book. A live filmed version of Come From Away is now streaming on Apple TV+. Their first show, My Mother’s Lesbian Jewish Wiccan Wedding (based on David’s mother’s true story) was produced by Mirvish Productions in Toronto and played and won Best Musical awards across North America, with Sankoff and Hein performing in most productions. They are currently working on projects with Disney, Warner Bros. and Netflix. Irene and David are the recipients of the Good Neighbour Award from the Four Freedoms Park Conservancy and the Meritorious Service Cross of Canada. They are proud members of the Dramatists Guild, Writer’s Guild East and ASCAP. @sankoffandhein

In this conversation we explore the how Come From Away fits into the history of the Broadway musical – which musical theater writers from the past influenced Irene and David, and what classic shows inspired them. And we will look back at their first musical which has the memorable title: My Mother’s Lesbian Jewish Wiccan Wedding. But first I wanted to find out how they got started down this path in the first place.