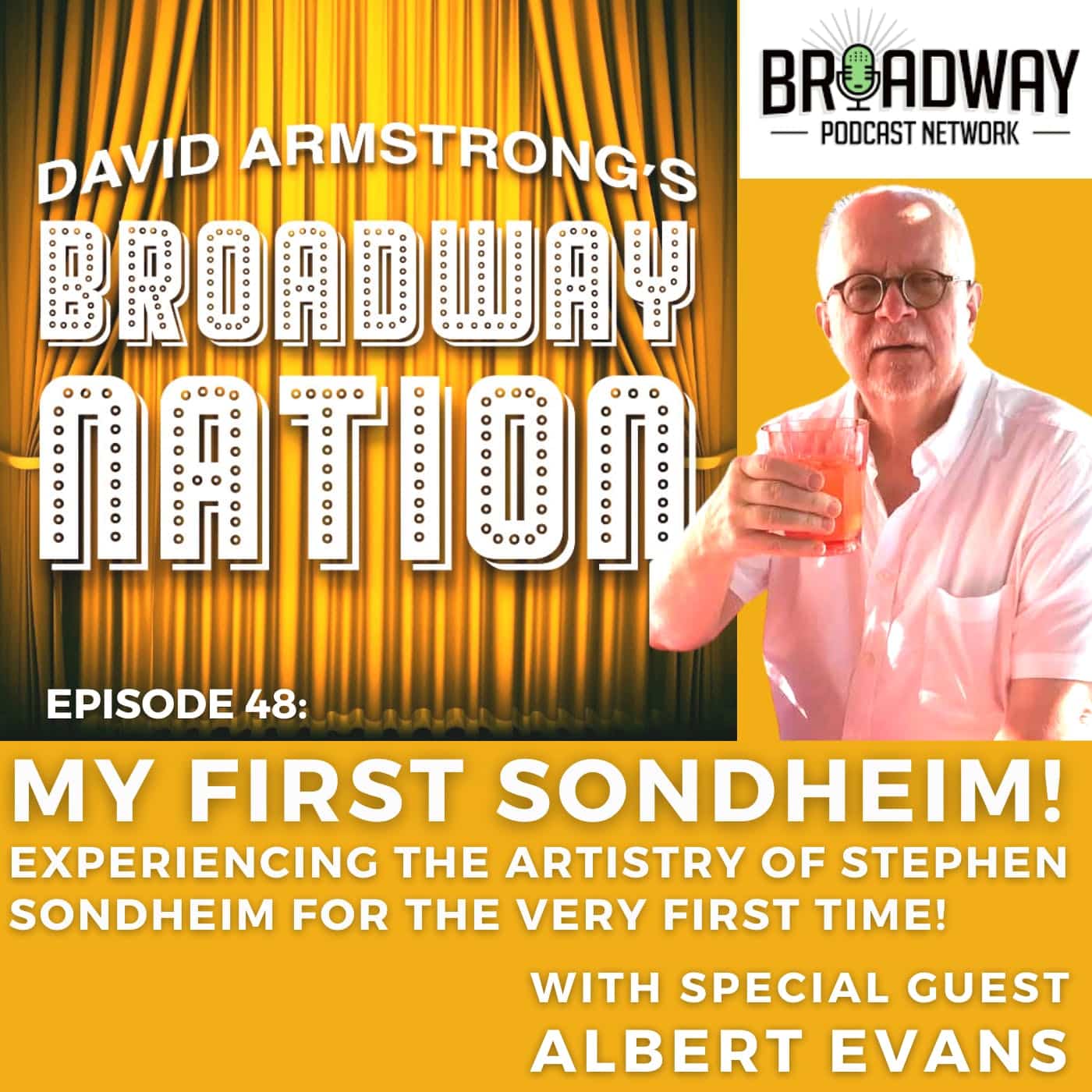 This week’s episode is a little different.

I recorded this just five days after it was announced that Stephen Sondheim had died and as it happened my friend, colleague and frequent co-host and contributor to Broadway Nation, Albert Evans, was spending the Thanksgiving weekend with me, and so we were together when this news began to break and during the incredible reaction and response this loss over the days that followed.

The coverage of Sondheim’s life and legacy in both traditional and social media has been phenomenal including four full pages in the NY Times, extended tributes on TV, radio and other newspapers, trending on Twitter and a near total domination of all theater related social media — all richly deserved of course – but still somewhat unexpected for someone who was primarily a theater artist.

I think this reflects the hidden importance and impact of the Broadway musical on American and world culture. Most of the time the media simply ignores Broadway but once in a while it breaks through and reveals how ingrained it is in the fabric of our lives.

Of course, Sondheim has been mentioned countless times over the 47 episodes of this podcast and 16 of those episodes have focused in a major way on his life and his work. I point you toward a few of those below and at the end of this episode.

But for this episode, rather than talk about Sondheim’s one of a kind place in the history of the Broadway musical and his impact on the form – as we have done on so many other episodes – Albert and I took our inspiration from the many personal memories that people have been posting and sharing about their own interactions with Sondheim, and especially how his shows and songs have impacted and affected their lives.

So, before the weekend was over Albert and I decided to switch on the microphone and look back to the very first times that the work of Stephen Sondheim entered our lives.

We would love to hear about your first time experiencing of the artistry of Stephen Sondheim and feature those memories on an upcoming episode. And we have made it extremely easy for you to share them. Just go the Broadway nation website at www.Broadway-nation.com and on the bottom right corner of the home page you will find a microphone icon. Simply click on that and share with us you’re first Sondheim experiences!

Broadway Nation is written and produced by me David Armstrong.

For more on the life and work of Stephen Sondheim I recommend that you listen to Episodes 11 and 12 in which we explore the legacy that was handed down directly from Otto Harbach to Oscar Hammerstien to Sondheim to Lin-Manuel Miranda.

You may also want to check out Episodes 19 and 20 which deal with West Side Story and Gypsy, Episode 26: titled Harold Prince and the Concept Musical and covers Prince and Sondheim’s collaboration’s on Company and Follies, and Episode 28 which is subtitled Sondheim vs the Poperetta. And his works figure prominently in all three episodes dedicated to the major themes of the Broadway musical.