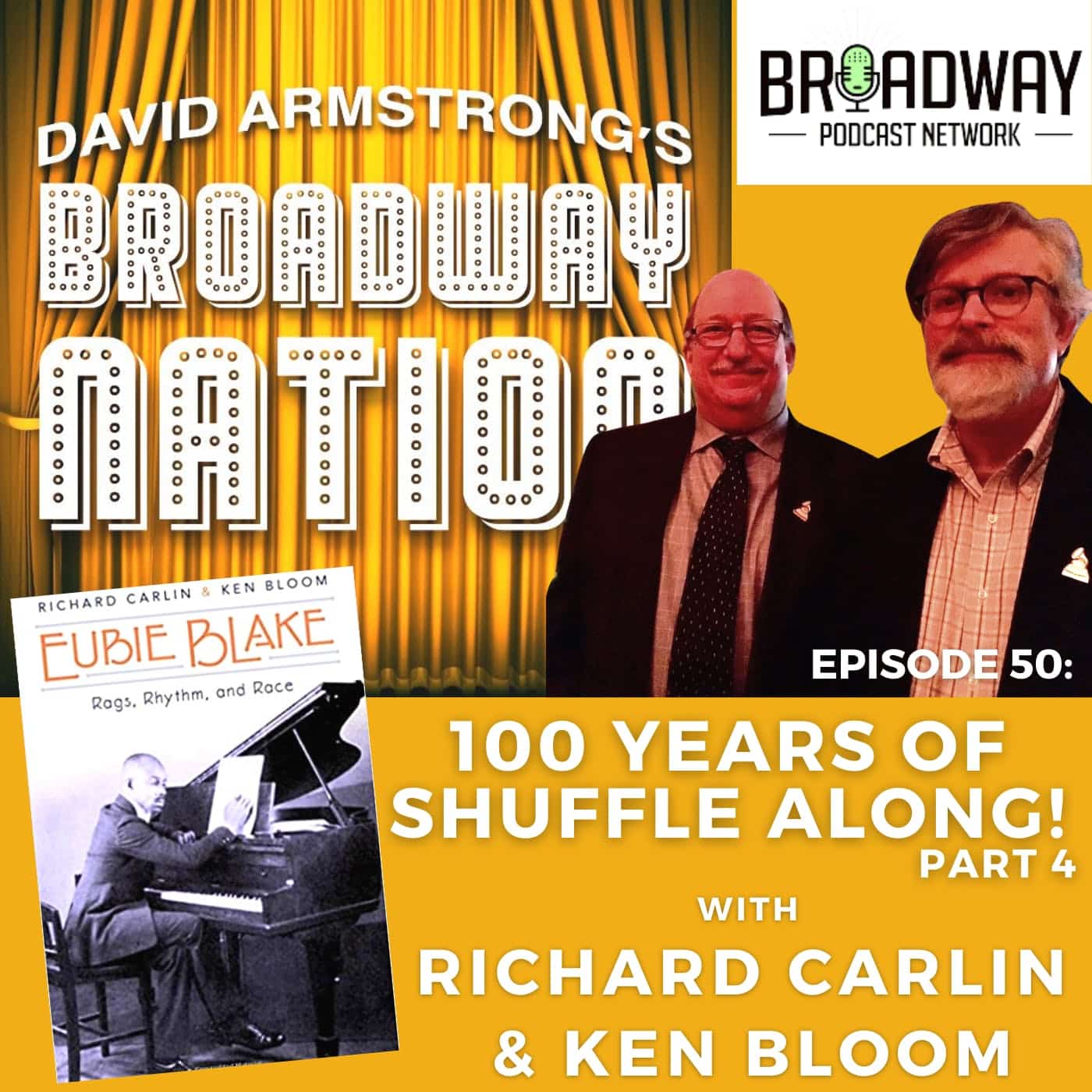 This episode is made possible in part by the generous support of Broadway Nation “Backstage Pass Club” Producer Level Member, Tracy Wellans.

For information on how to join the “Backstage Pass Club” please go the show notes for this episode at www.broadway-nation.com

In this episode I continue my Centennial celebration of the groundbreaking musical Shuffle Along! with the second half of my conversation with Richard Carlin & Ken Bloom who are the co-authors of Eubie Blake: Rags, Rhythm and Race – the very first full biography of Shuffle Along’s legendary composer.

If you missed the first part of this conversation you may want to listen to episode 49 before continuing with this one.

As we ended the previous episode, Sissle & Blake and Miller & Lyles – the two black Vaudeville teams that came together to create Shuffle Along – were finally about to open their new musical on Broadway following a very challenging pre-Broadway out of town tryout. The only New York theater they could get was really just a concert hall with a very shallow stage, and located on 63rd street at the extreme northern edge of the theater district – over a mile from 42nd Street. The small stage allowed for only minimal scenery, and the only costumes they could afford were sweat stained, hand me downs from previous Broadway shows. As a result, Shuffle Along, had no visibility or profile, or expectation from anyone that it would run more than a week. However, even with all of this stacked against it, Shuffle Along immediately became a giant hit – true over-night sensation!

If you love this podcast and want to delve even deeper into the world of Broadway musicals, I invite you to become a member of the

For as little as $7.00 a month members will receive exclusive access to never-before-heard, unedited versions of every Season Two interview, and many from Season One as well! I often record at least twice as much conversation as ends up in the public episodes, and this includes additional in-depth conversations with my frequent co-host Albert Evans. You will also have the opportunity to ask us any questions about Broadway musicals that you would like to hear answered and propose topics you would like me to cover — all of which I will incorporate into a special series of “Ask Me Anything About Broadway” episodes. Last, but certainly not least, you will receive special “on-air” shout-outs and acknowledgement of your vital support of this podcast. And if you are feeling especially enthusiastic about Broadway Nation there are Patron and Producer levels available as well.

To join please visit our website at www. Broadway-Nation.com. and just click the link included in the show notes for this episode.

Thank you all so much, and welcome to the club!

Special thanks to Pauls Macs for his help in editing this episode, to KVSH 101.9 the Voice of Vashon, WA, and to the entire team at the Broadway Podcast Network.