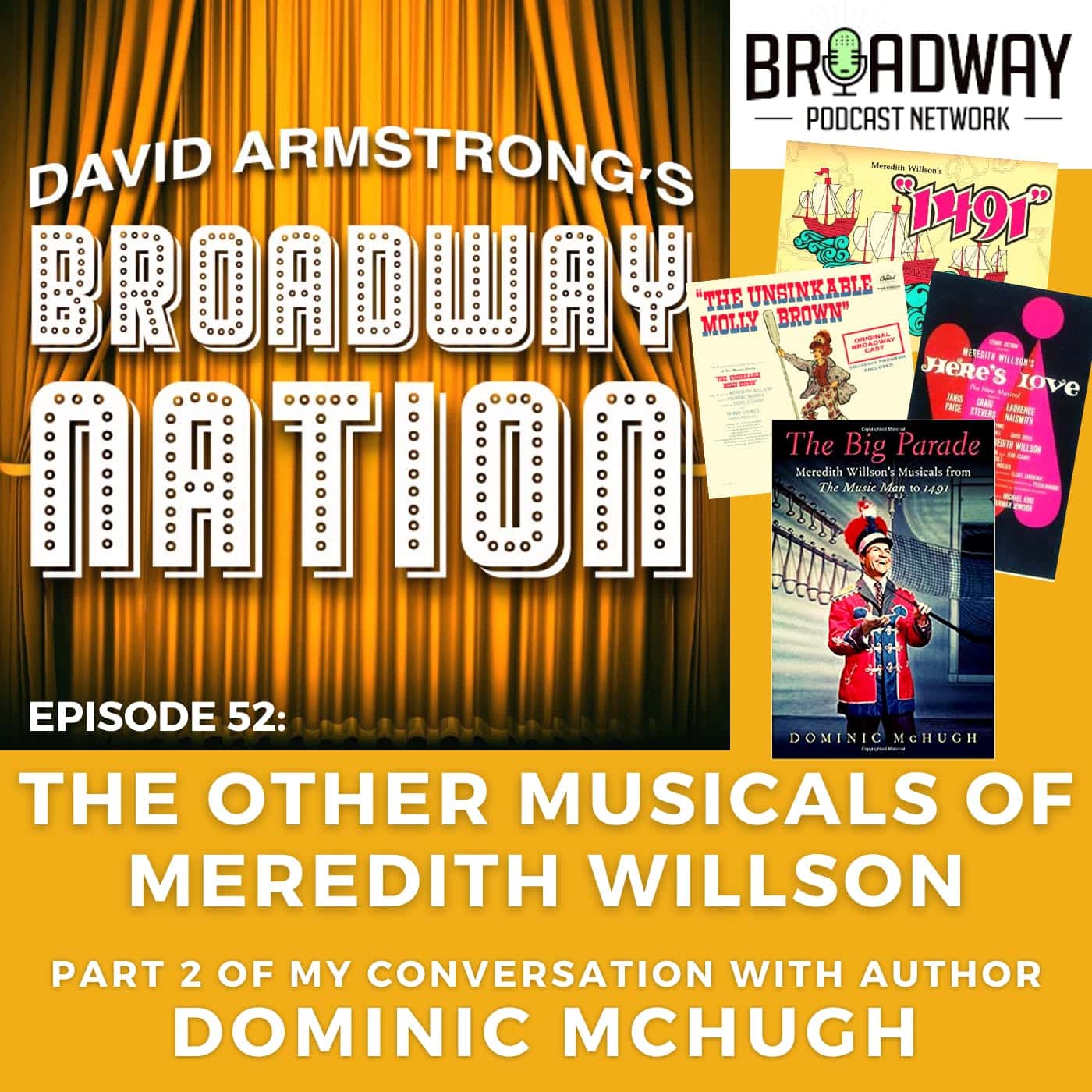 Episode 52: The Other Musicals Of Meredith Willson

This episode is made possible in part through the generous support of Robert Braun who is a “Producer Level Member” of our Broadway Nation “Backstage Pass Club”. Information on how you can become a member of The Backstage Pass Club can be found here: https://broadwaynationpodcast.supercast.com.

What you are about to hear is the second half of my recent conversation with Dominick McHugh author of: The Big Parade – Meredith Wilson’s Musicals From The Music Man to 1491.

In part one Dominic shared the amazing insights and discoveries that he made during his research into the development of Wilson’s first and most famous musical, The Music Man. If you missed that episode you may want to catch up with that one before listening to this one.

Today we discuss Willson’s two follow up hits — The Unsinkable Molly Brown and Here’s Love — and his heartbreaking failure, 1491. And, of course, there is even more discussion of The Music Man, more comparing and contrasting it with West Side Story, as well as comparing the careers and output of Meredith Willson and Leonard Bernstein, some of which may send some hardline Bernstein fans into a tizzy! Dominic and I even get into a bit of a disagreement about the when The Golden Age Of Broadway actually ended. I think you will enjoy it!

Just one note before we begin: Meredith Wilson is one of the major exceptions to the central premise of this podcast. He was not Jewish, Queer, black or an immigrant or child of an immigrant. No, along with George Abbott, Bob Fosse and just a small handful of other key inventors of the Broadway musical, he is one of the exceptions that proves the rule. Enjoy!