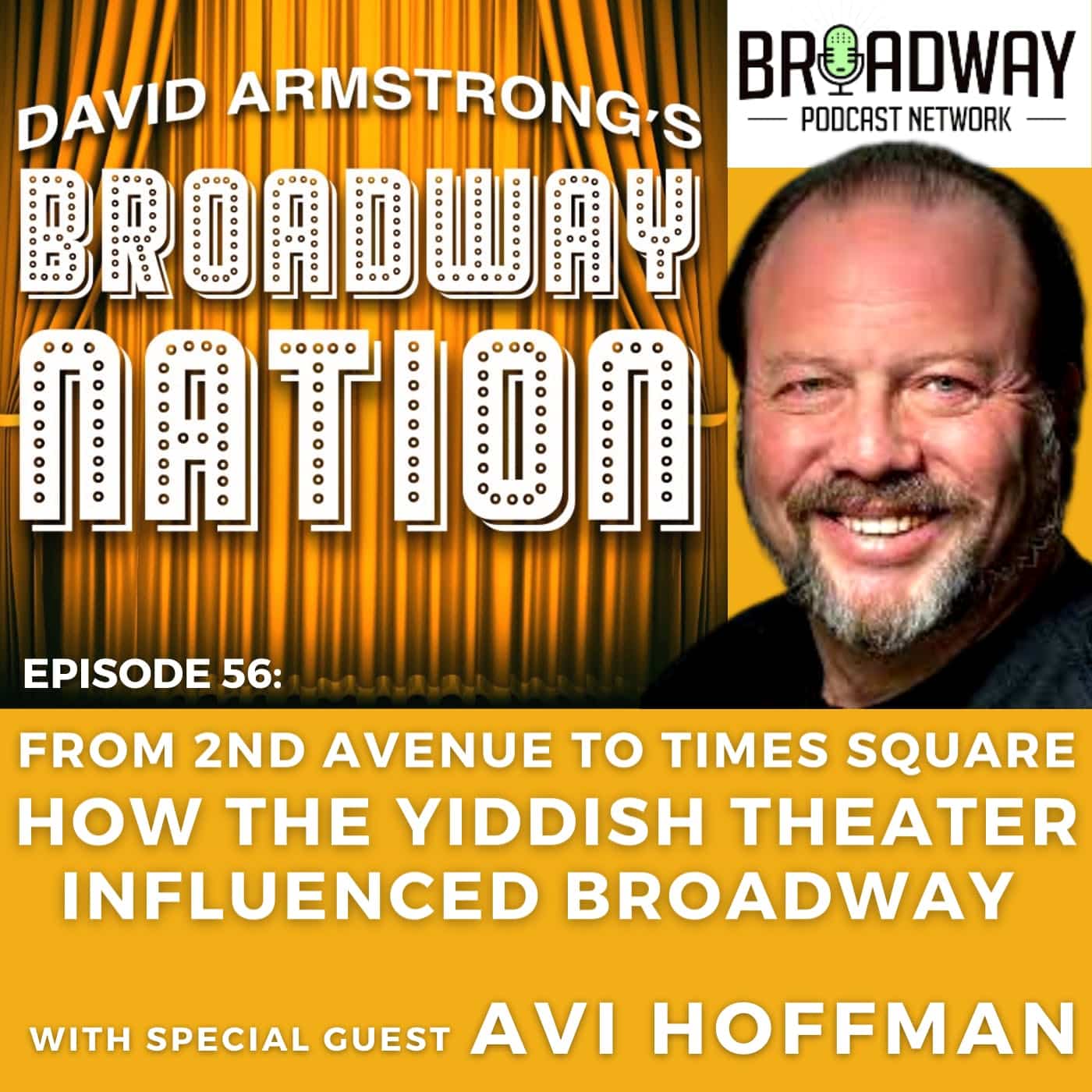 Episode 56: From 2nd Avenue To Times Square – How The Yiddish Theater Influenced Broadway

On this episode my guest is acclaimed actor, singer, writer, producer and director Avi Hoffman who specializes in Jewish culture and Yiddish theater. His long running off-Broadway “Too Jewish” trilogy has been seen by millions on PBS and at theater venues around the world, and in 2016 he received rave reviews and a Drama Desk nomination for his performance as “Willy Loman” in the Yiddish language production of Death of Salesman. He is also the founder and CEO of the Yiddishkayt Initiative — a non-profit organization dedicated to preserving Jewish culture.

Nearly 3.5 million Jews emigrated to the United States between 1881 and 1925, and even more than the synagogue or social clubs the Yiddish Theater, became the meeting place and the forum of the Jewish community in America. And it was wildly popular. In 1927, there were 24 Yiddish theaters across America, and most of those were on Second Avenue — known as the “Yiddish Rialto” – on NYC’s Lower East Side. The Yiddish Theater was attended by rich and poor, educated and illiterate, religious and free-thinking, and most importantly for our purposes, it was attended by Irving Berlin, George & Ira Gershwin, Yip Harburg, Fanny Brice and many, many more of the inventors of Broadway who grew up smack in the center of the Yiddish theater district. I have long known that the Yiddish theater had a tremendous impact on the Broadway musical but surprisingly little has been written or documented about it. I am planning to have other experts like Avi as guests on future episodes of Broadway Nation.