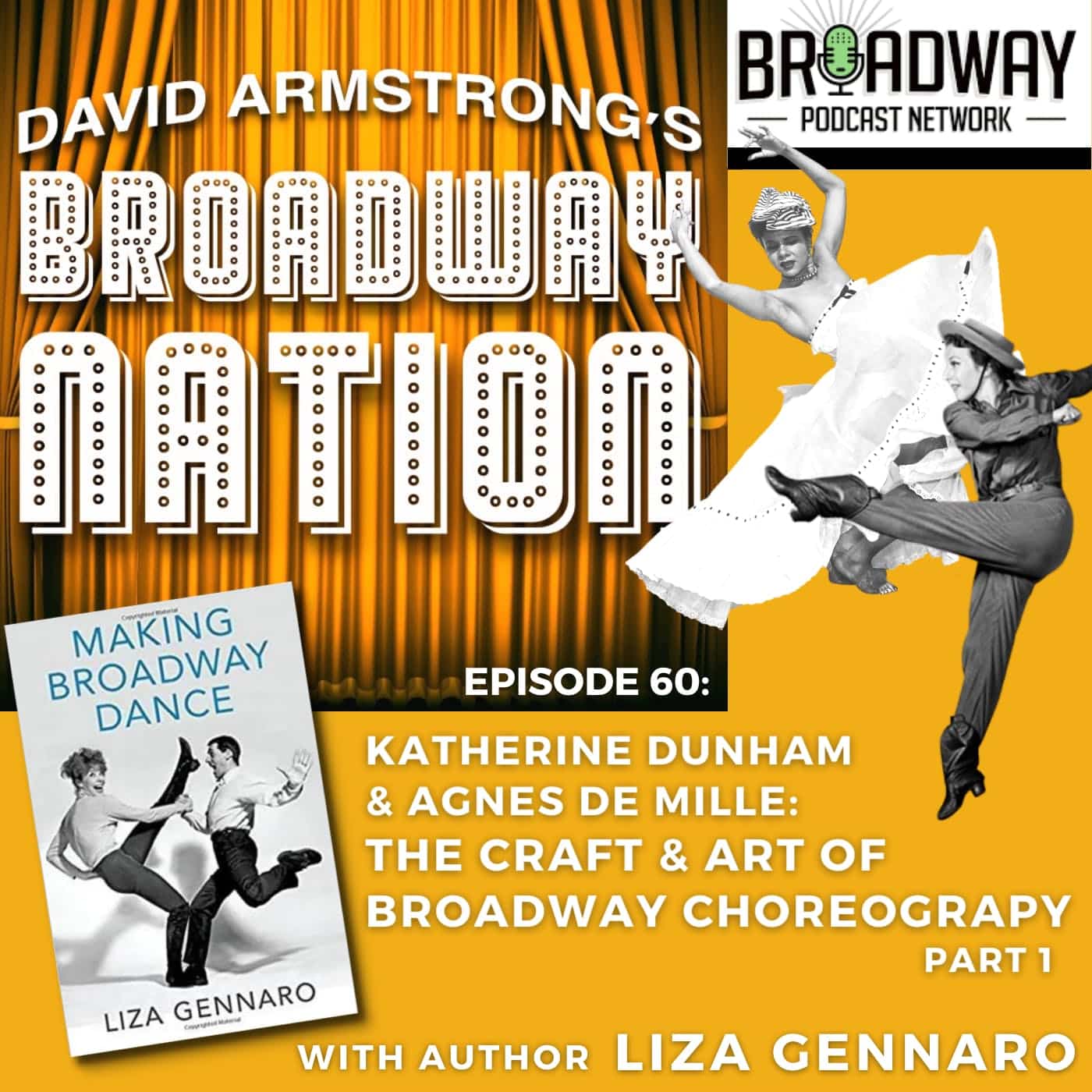 This is the first half of my recent conversation with author Liza Gennaro, whose fascinating new book is titled: Making Broadway Dance.

Liza is currently the Dean of Musical Theater at the Manhattan School of Music and prior to that she had a very active and successful career as a dancer and choreographer on Broadway and with prominent theater companies across the country. Most notably she choreographed the hit Broadway revival of Frank Loessor’s The Most Happy Fella.

As she writes in the introduction to her book, Liza came to her love and interest in musical theater dance genetically. Her father was Peter Gennaro, the Tony Award winning choreographer and star dancer of Broadway musicals and TV variety shows. And her mother, Jean Gennaro, was a ballerina turned Broadway dancer who danced for Bronislava Nijinska, Agnes De Mille, and Michael Kidd.

As you might imagine, Liza grew up immersed in the world of Broadway, and all manner of dance, and she is able to weave all of that life experience into this remarkable book. I can’t think of anyone more uniquely qualified to write it.

Appropriately for the final day of Women’s History Month, this episode focuses largely on two great female choreographers — Katherine Dunham and Agnes de Mille. I have stated that De Mille is arguably the most important woman in the history of Broadway musical – not including the star performers, of course – and she has received quite a bit of focus in previous episodes of this podcast. However, I am especially happy today to shine a spotlight on Katherine Dunham whose influence on Broadway dance – like that of many other black artists – has often been overlooked and undervalued. But her impact and significance cannot be denied.