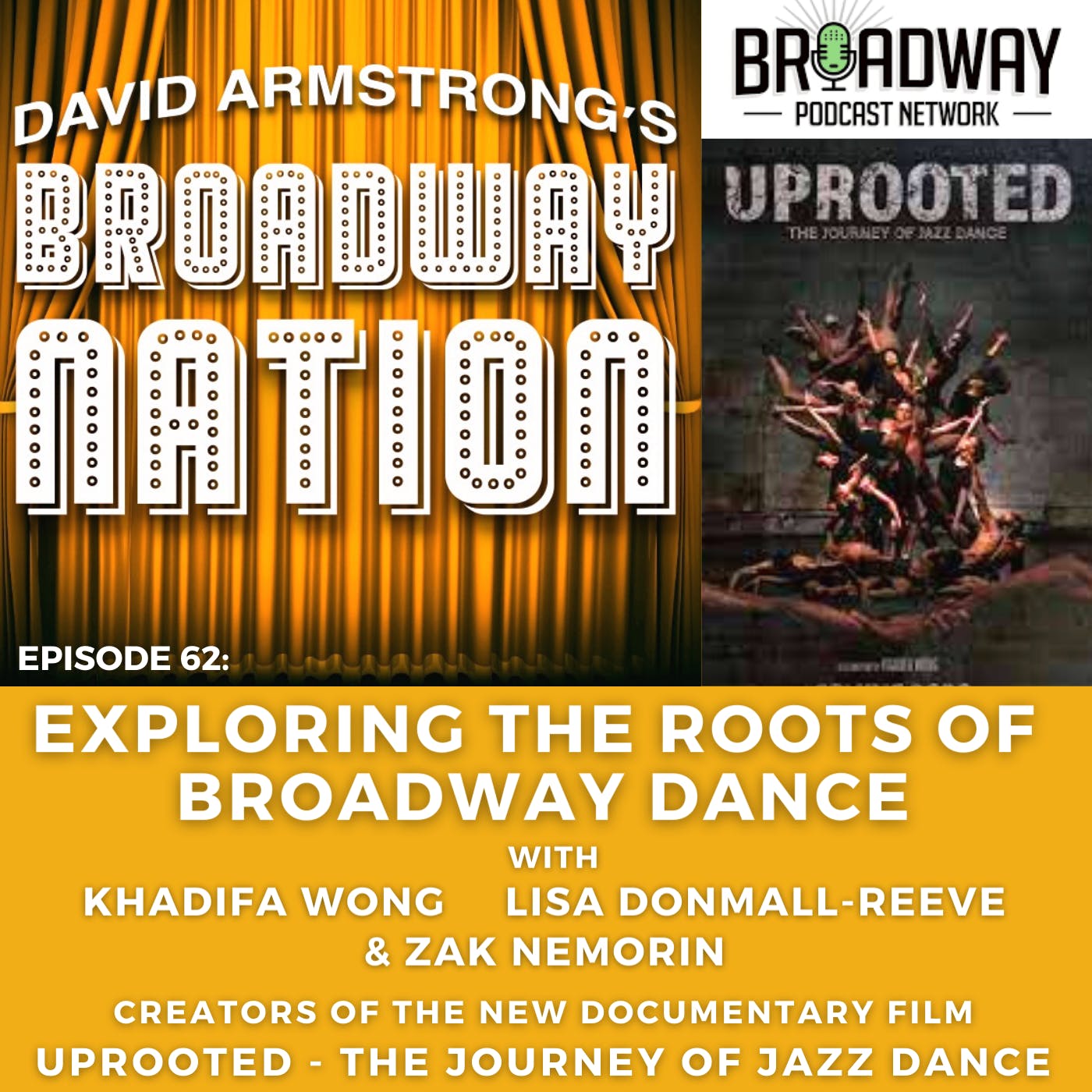 My guests today are the creators of the acclaimed new film documentary: Uprooted – The Journey of Jazz Dance, which has been winning awards at film festivals around the world, and in the US can currently be seen on HBO Max.

All three of the film’s creators are from the UK, they all have extensive training and backgrounds in dance, and with this movie they are all making their feature length film debuts.

The film’s director is Khadifa Wong who trained as a dancer and actress but became frustrated by the lack of opportunities for performers of color, and then realized that her true passion lay behind the camera.

And dancer, choreographer and educator, Zak Nemorin – who conceived the film – has appeared in seventeen West End musicals and is the Head of Jazz Dance at Millennium Performing Arts in London.

Along the way they explore where Jazz dance originated and how it became the dance language of Broadway.

I highly recommend it!