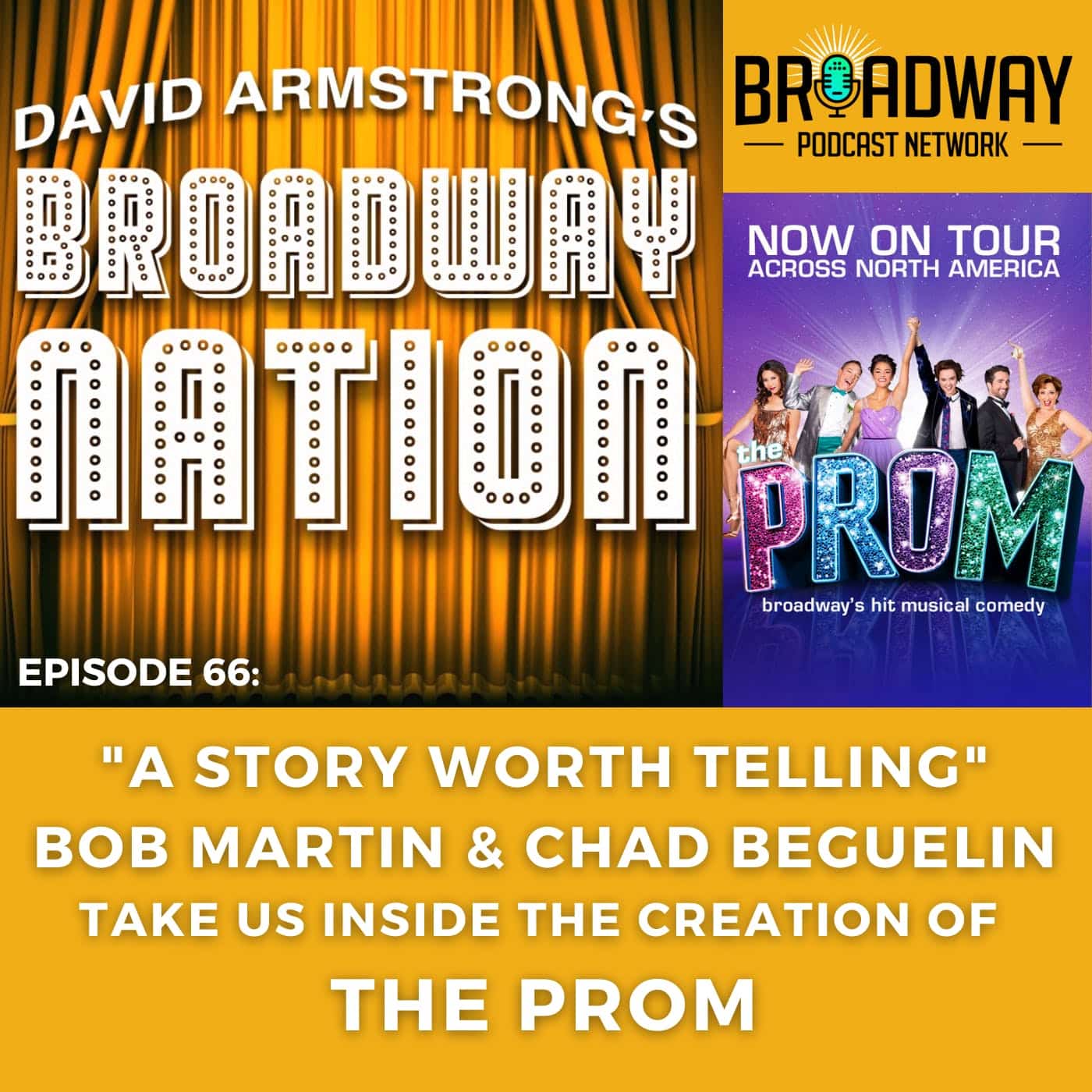 Episode 66: “A Story Worth Telling”: Inside The Creation of THE PROM

Bob Martin is perhaps best known as the co-creator and original star (The Man In The Chair) of the hit Broadway musical The Drowsy Chaperone. He also co-created what I think is one of the greatest and most hilarious TV series of all time, Slings & Arrows. If you’ve never seen it, I highly recommend that you find it and stream it immediately!

Chad Beguelin is a six-time Tony nominee who wrote the book and lyrics for the Broadway musicals The Wedding Singer and Disney’s Aladdin.

Together Bob and Chad collaborated on ELF: The Musical as well as the show they joined me to talk about on this week’s podcast – The Prom.

The Prom is currently on tour across America and opens at Seattle’s 5th Avenue Theater – my old stomping grounds – on May 31st. Then over the summer it will play San Francisco, Dallas, Los Angeles, Kansas City, Bloomington, IN, and Buffalo, NY.

In this episode Bob and Chad take us inside the creation, and eight-year development of The Prom, including the real events that inspired it. They give us at least a hint about the real people that some of the leading characters are modeled on. More on that below.

They also share the incredible impact that the story and themes of this show have had, and continue to have, on the audiences who see it.

In several previous episodes I have explored the question of whether any work of art – especially an upbeat musical comedy – can actually become a force for positive, tangible social or political change? As you will hear, this is one show where I can definitively say that the answer is, yes!

After you have listened, I have a challenge to you! If you think you know which real life theatrical personalities the characters of Dee Dee Allen, Barry Glickman, and might be based on please message me on Instagram (david@broadwaynation), Twitter (@PodastBroadway), or best of all join our Broadway Nation Facebook Group where you will find more than 2000 other fans of this podcast.  I can’t promise that I’ll be able to verify the winning guesses but it will certainly be fun seeing who you think might have inspired them!s