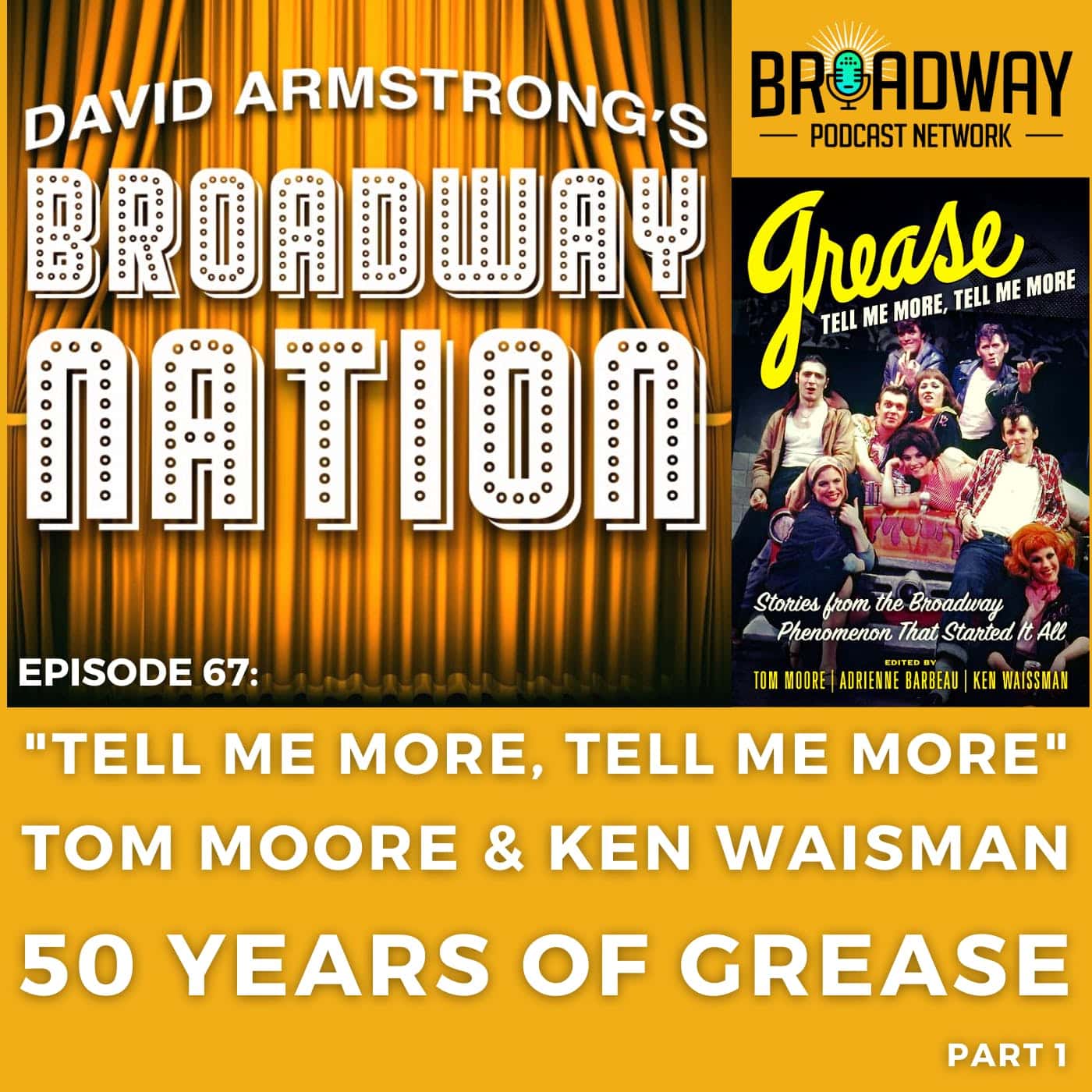 My guests this week are that Grease‘s original producer, Ken Waissman, and original director, Tom Moore, who along with Adrienne Barbeau (the original “Rizzo”) are the editors of the new book : Grease – Tell Me More, Tell Me More – Stories From The Broadway Phenomenon That Started It All.

Ken Waisman is a Tony Award winning producer who made his Broadway debut with the play And Miss Reardon Drinks A Little. In addition to Grease he went on to produce Over Here! starring the Andrews Sisters, and the long running plays Agnes Of God, and Torch Song Trilogy.

Tom Moore is a leading theater, film and television director whose work on Broadway includes his debut with Grease, Over Here!, Moon Over Buffalo starring Carol Burnett, and Night Mother.

Their new book is made up of a the personal, behind-the-scenes memories of the show’s creative and production teams, as well as scores of cast members from Grease’s original cast, five national tours, and record breaking eight-year run on Broadway.

In this episode you will hear about how Ken discovered the show in a ramshackle community theater production in Chicago; why Ken chose Tom to direct the show instead of Michael Bennett; how Tom almost turned the show down; and how together they discovered and cast more future stars than probably any other musical in history!

Even if Grease is not your favorite show, I feel certain that you will be fascinated by their stories of how the show came together, as well as the casting stories of John Travolta, Patrick Swayze and Richard Gere.

Broadway Nation is written and produced by me, David Armstrong.

Special thanks to Pauls Macs for his help with editing this episode, to KVSH 101.9 The Voice of Beautiful Vashon Island WA, and to the entire team at the Broadway Podcast Network.