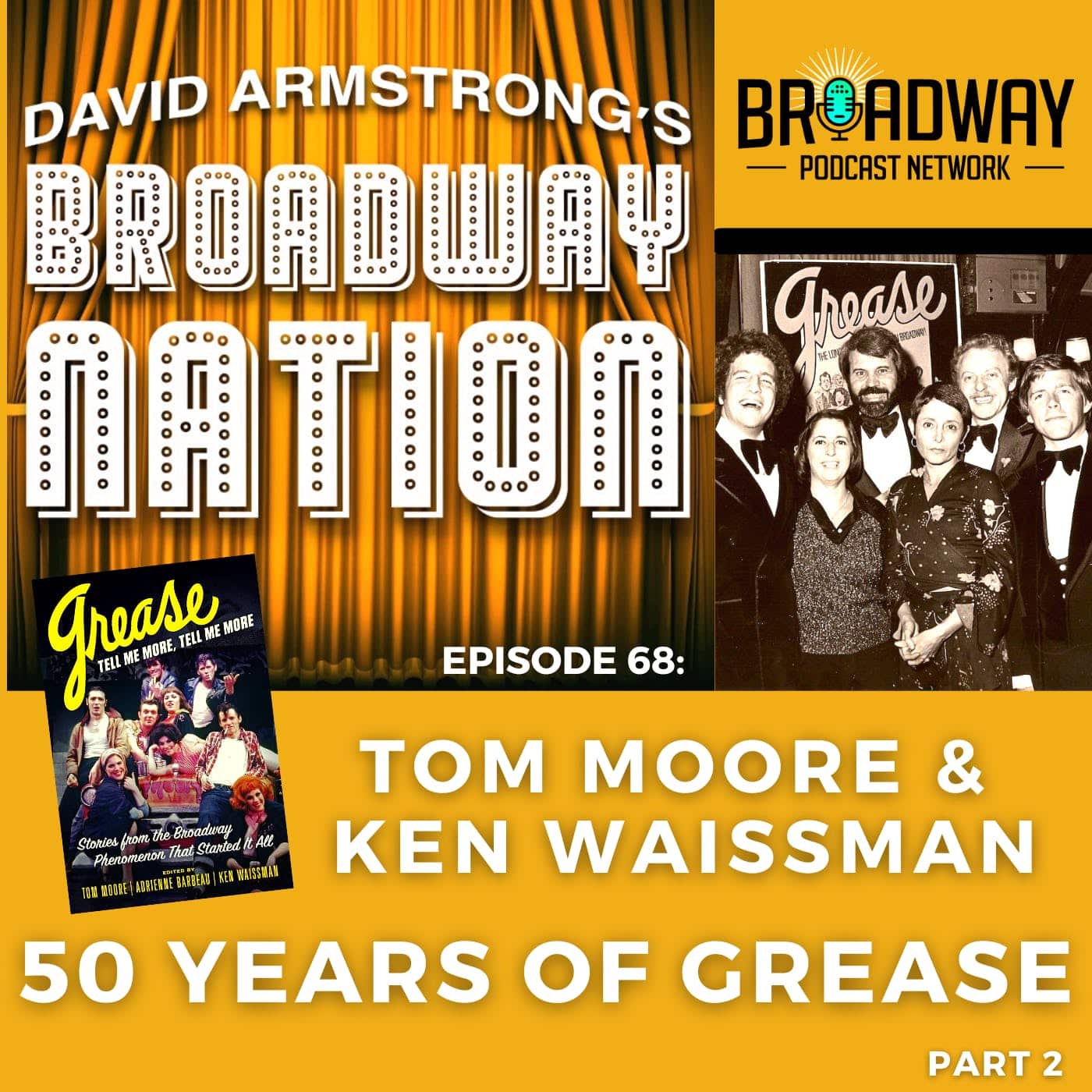 My guests on this episode are the original producer and director of the Broadway musical GREASE — Ken Waissman and Tom Moore.

This is the second half of our recent conversation. If you missed part one you may want to catch up on that first before listening to this one.

This week marks the 50th Anniversary of Grease’s move from the Eden Theater on the Lower East Side to The Broadhurst — the first of the three Broadway theaters Grease would play during its record breaking eight year run.  And it fact, on June 5th, just a few days after I spoke with them, Ken and Tom hosted an anniversary party at Sardi’s, where they and Grease‘s original cast had celebrated the show’s opening back in 1972.

Grease alumni attending the event included co-writer Jim Jacobs, choreographer Patricia Birch, and performers Marilu Henner, Judy Kaye, Jerry Zaks, Carole Demas, Ray DeMattis, Ilene Graff, Barry Bostwick (via Zoom) and many more. All of them also contributed their memories to the new book: Grease – Tell Me More, Tell Me More – Stories From The Broadway Phenomenon That Started It All.

I’ve been collecting photos and video of that event as well as the two recent Grease reunion shows at 54 Below and posting them in my Broadway Nation Facebook Group where I invite you to join me and more than 2000 other fans of this podcast — who probably much like you are hooked on Broadway musicals.

In this episode Tom and Ken share some fascinating stories about the development of the show including how they worked with the show’s authors to trim the original “phone book” size script down to a manageable size, how they inspired them to add some now classic hit songs to the score, and how they all survived a disastrous first preview and then reworked and revamped the show in just three weeks.

Even though Ken was at that time the youngest producer on Broadway, your will hear how he masterminded some brilliant old school style producing tricks that helped turn a near flop into one of most successful musicals of all time!

My favorite part of this episode is in the second half when Ken relates how he had to wheel and deal with the Shuberts and Nederlanders, and go head to head with the “Abominable Showman” himself –- legendary producer David Merrick. It’s “The Modern Era of Broadway” vs “The Golden Age”!

It’s quite a story! Enjoy!