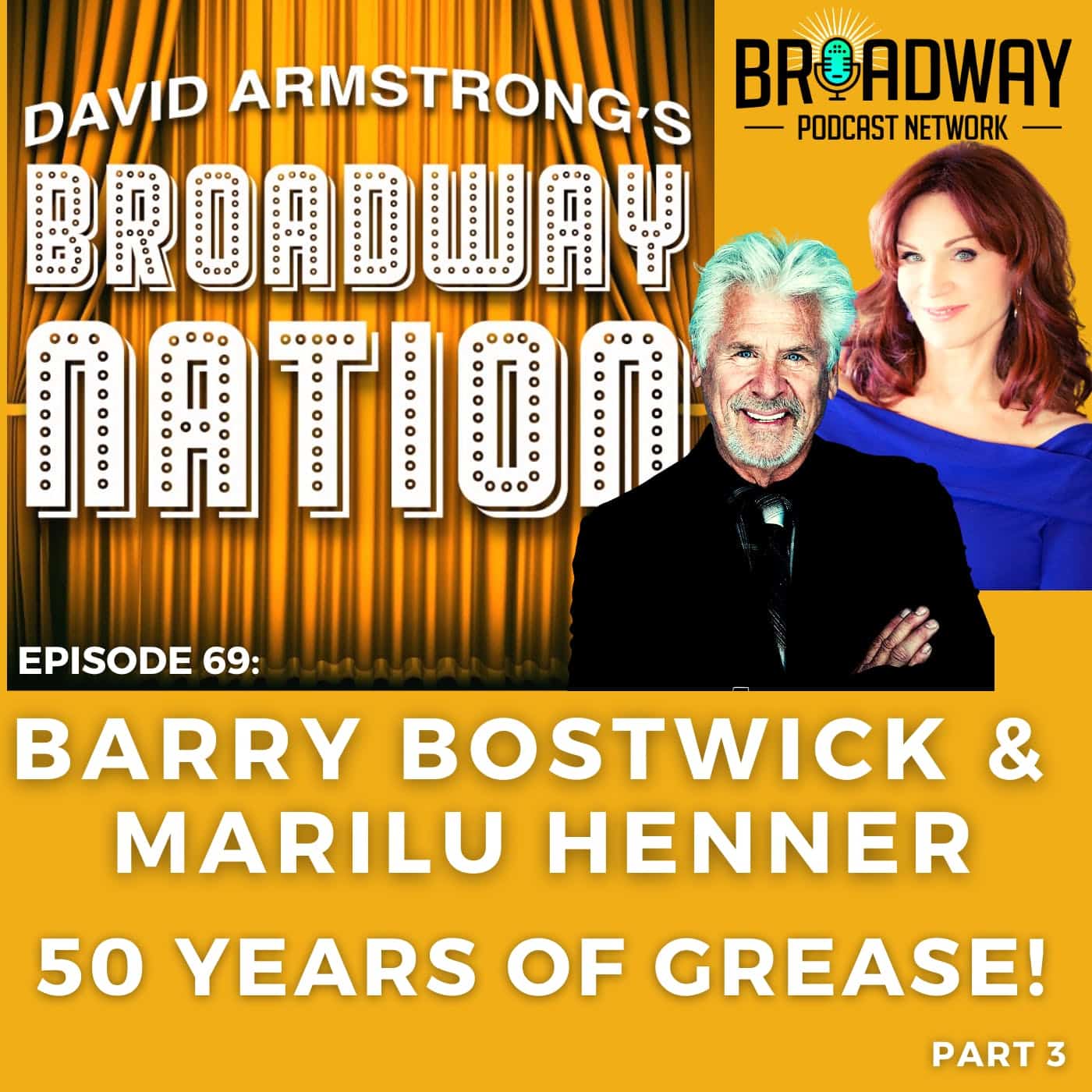 2022 marks the 5Oth Anniversary of one of the most popular musicals in the history of Broadway – GREASE.  My guests on this episode are two of the many stars that emerged from the original Broadway and touring productions of that long running, record breaking show – Barry Bostwick & Marilu Henner.

Marilu Henner’s association with Grease goes back to the very beginning when as a teenager she created the role of “Marty” in the original Chicago production of the show. A few years later she played the role again in the First National Tour and then eventually on Broadway. Her other appearances in Broadway include the plays and musicals, Over Here!, Chicago, The Tale Of The Allergists Wife, and she starred in the National Tour of Annie Get Your Gun in 2000. She is of course best known for her role on the hit TV series Taxi, as well as her many other film and television appearances.

Barry Bostwick created the role of “Danny Zuko” in the original Broadway production of GREASE for which he received a Tony nomination. He has appeared in seven Broadway plays and musicals including his Tony Award winning performance in The Robber Bridegroom. He has starred in dozens of film and television productions including the mini-series George Washington, the hit sitcom Spin City, and as “Brad Majors” in the cult classic the Rocky Horror Picture Show.

Both Marilu and Barry have contributed anecdotes and memories to a new book that was released just last week, entitled Grease – Tell Me More, Tell Me More – Stories From The Broadway Phenomenon That Started It All.

In this delightful conversation Marilu shares impromptu performances of songs that never made it out of the Chicago production, and tells us why she turned down her initial offer to be in the show in New York. You will also hear about the wild times and amorous adventures that a dynamic young cast of future stars got up to on tour, as well as the immense contribution of Grease’s choreographer Pat Birch, the infamous tight pants that Barry thinks helped win him a Tony Award, and much, much more.