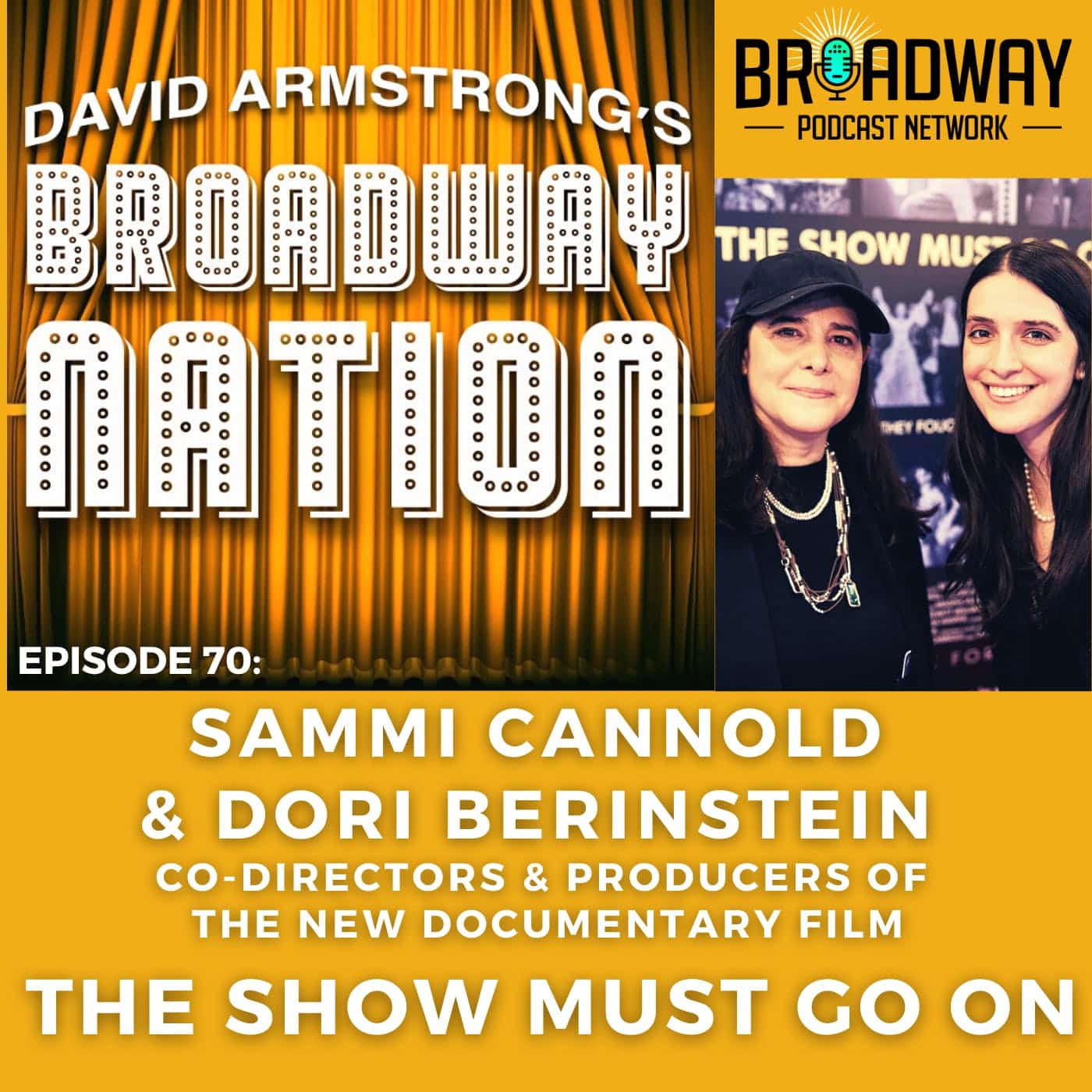 Episode 70: “The Show Must Go On” – Behind The Scenes Of The New Documentary

My guests are the mother/daughter team of Sammi Cannold & Dori Berinstein, who are the co-directors and co-producers of the new documentary The Show Must Go On — a film that I found to be both fascinating and very moving.

Sammi Cannold is a theater director whose recent projects include Evita at New York City Center, Endings at NY Theater Workshop, Ragtime on Ellis Island and Violet on a bus at American Repertory Theatre. In 2019 she was named one of Forbes Magazine’s “30 Under 30 in Hollywood and Entertainment”.

Dori Berinstein is a four-time Tony award winning Broadway producer as well as an Emmy award winning director, producer and writer of film and television. She is also the founder and CEO of the Broadway Podcast Network.

When in March of 2020 the global pandemic shut down live theatre around the world, South Korea was the only country that did not close its theaters. The Show Must Go On primarily follows the companies of two Korean productions — The Phantom of The Opera and CATS — which demonstrated how live theater could continue to operate safely in spite of the pandemic.

In this episode you will hear the story of how Sammi journeyed to Korea to document the incredible difficulties, challenges and ultimate triumphs of these two productions. And we will also look at why Korea was able to to do something that theaters in the West could not accomplish.

If you enjoy this podcast, please be sure to follow, rate, and review it wherever you listen. I am happy to say that Broadway Nation has received 75 Five Star reviews.

The latest is from listener “Past0071” and it reads: “I never Knew! So informative! I can’t wait to hear them all, so much I didn’t know. The podcasters themselves are very charming. Looking forward to the next ones coming out.” Thank you so much, “Past0071”.

I am hoping that many of you will help me achieve the goal of 100 Five Star reviews before the end of the summer.