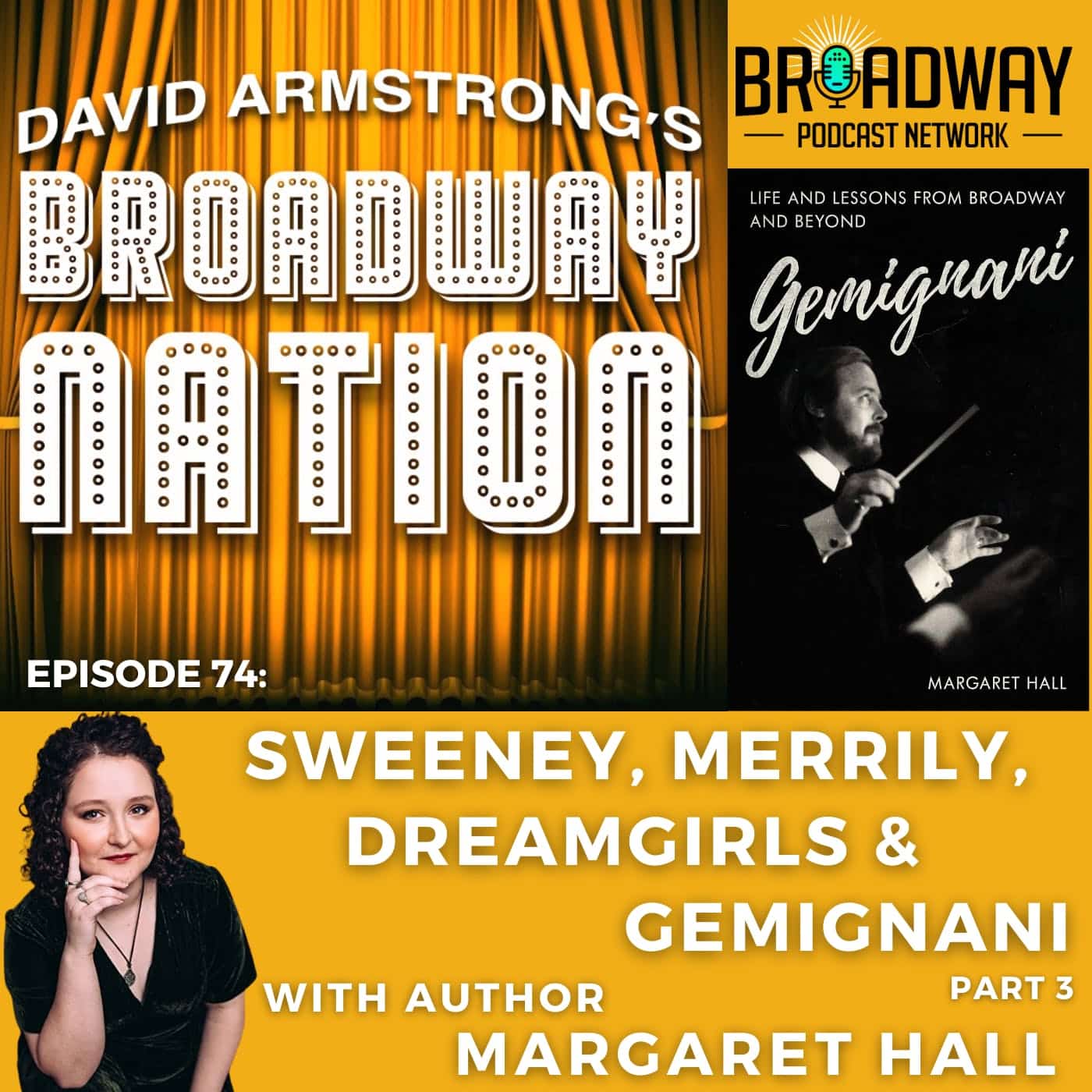 This is the third part of my conversation with author Margaret Hall, whose captivating new book is titled Gemignani – Life And Lessons From Broadway And Beyond.

If you missed the first two parts you may want to catch up on those episodes before listening to this one.

As the title suggests Margaret’s book is a biography of Paul Gemignani who served as the Music Director for more than 40 Broadway musicals including the 3 shows that are the focus of this episode.

The first two are Sweeny Todd and Merrily We Roll Along and Gemignani’s contribution to these musicals and his close working relationship with Stephen Sondheim and Hal Prince has been widely acknowledged but never to the level of detail and insight that Margaret brings to them. However, Gemignani’s enormous contribution to the development of Dreamgirls and his close collaboration with that show’s director and creator, Michael Bennett, has been a closely guarded secret for decades and was revealed for the first time in Margaret’s book. You will hear the reasons for all of this mystery and subterfuge later in the episode.

We also focus briefly on Paul’s work on the Broadway musical EVITA and his interactions with Andrew Lloyd Webber and Patti Lupone.