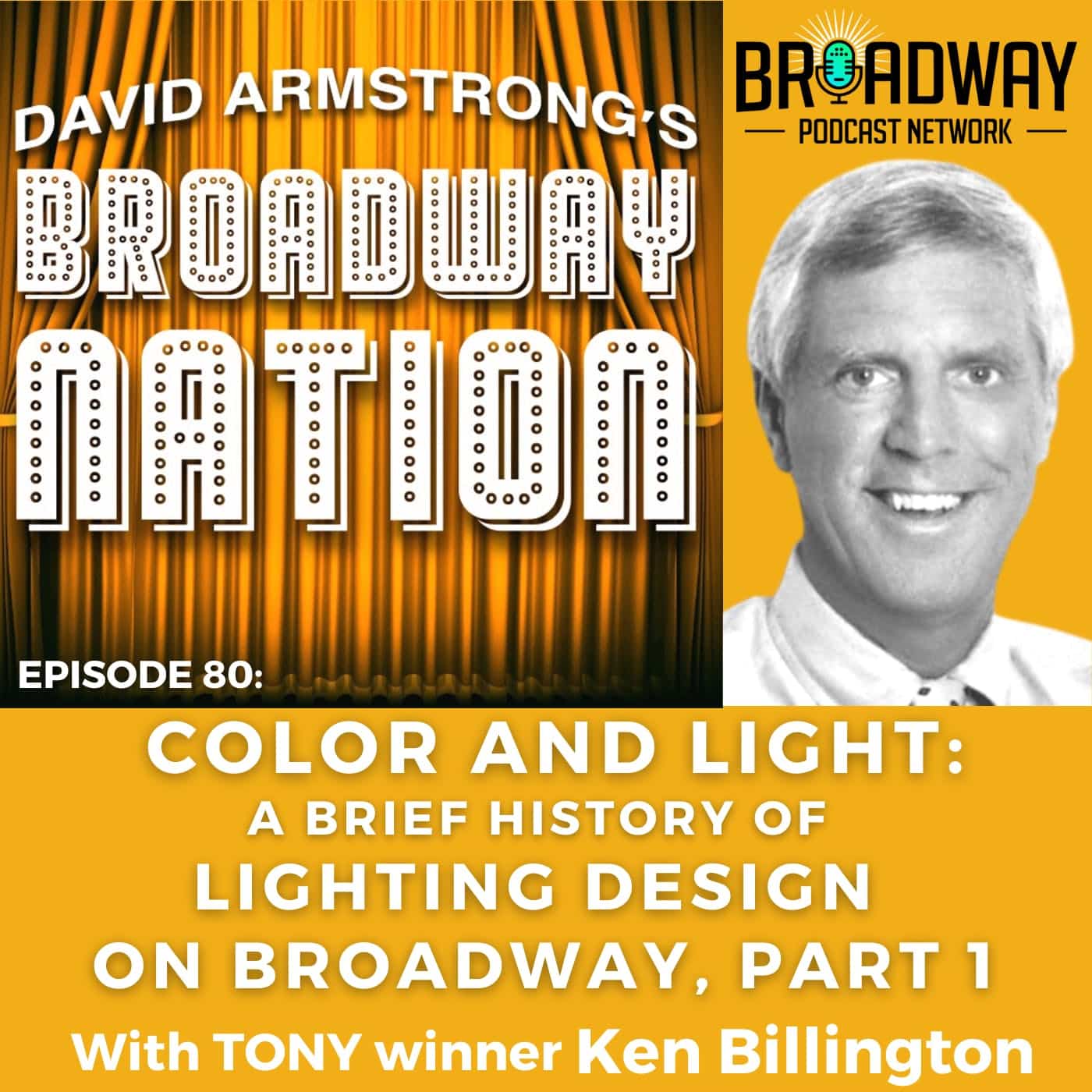 My guest on this episode is Tony Award winning lighting designer Ken Billington who created the lighting for an incredible 105 Broadway plays and musicals, including 21 productions that were directed by Harold Prince.  Ken’s career spans from his very first Broadway show in 1967 when he was the assistant to legendary lighting designer Tharon Musser, to his most recent Broadway show, the hit musical, Waitress.

Along the way he designed the original productions of Sweeney Todd, On The 20th Century, The Drowsy Chaperone, The Scottsboro Boys, The Search For Signs Of Intelligent Life In the Universe starring Lily Tomlin, three revivals of Fiddler On The Roof, two revivals of Sunday In The Park with George, and the still running 1996 revival of Chicago for which he received the Tony Award. I have had the great pleasure of knowing and working with Ken for more than 40 years, and it is always fascinating, and always a delight to speak with him.

Theatrical lighting design is a very young art form. Its history begins primarily in the early 20th Century — just as the Broadway musical was being invented. Lighting design’s earliest innovators include the American actress Maude Adams – most famous today for her performance as Peter Pan – and producer, director, playwright, and theater owner David Belasco.

One of the recurring themes of this podcast, and one of my obsessions, is how the art and craft of the Broadway Musical has been handed down directly – first hand – from artists to artists, from craftsperson to craftsperson.  Ken Billington’s long career and especially his early experiences as the assistant to the pioneering designers Peggy Clark, Pat Collins, Tom Skelton, William Rittman, and Tharon Musser make him the ideal guest for this episode.

And of course, after Ken stopped being an assistant, he eventually became one of Broadway’s most acclaimed and most prolific lighting designers. And we’ll hear the story of how that came about on the next episode of Broadway Nation!

You can learn more about Jean Rosenthal, Tharon Musser and other great women lighting designers on Episode 8 of Broadway Nation, which is titled, “Agnes DeMille & The Women That Invented Broadway”. It’s a fascinating episode and I encourage you to check it out.

Broadway Nation is written and produced by me, David Armstrong. Special thanks to Pauls Macs for his help with editing this episode, to KVSH 101.9 The Voice of Vashon, and to the entire team at the Broadway Podcast Network.