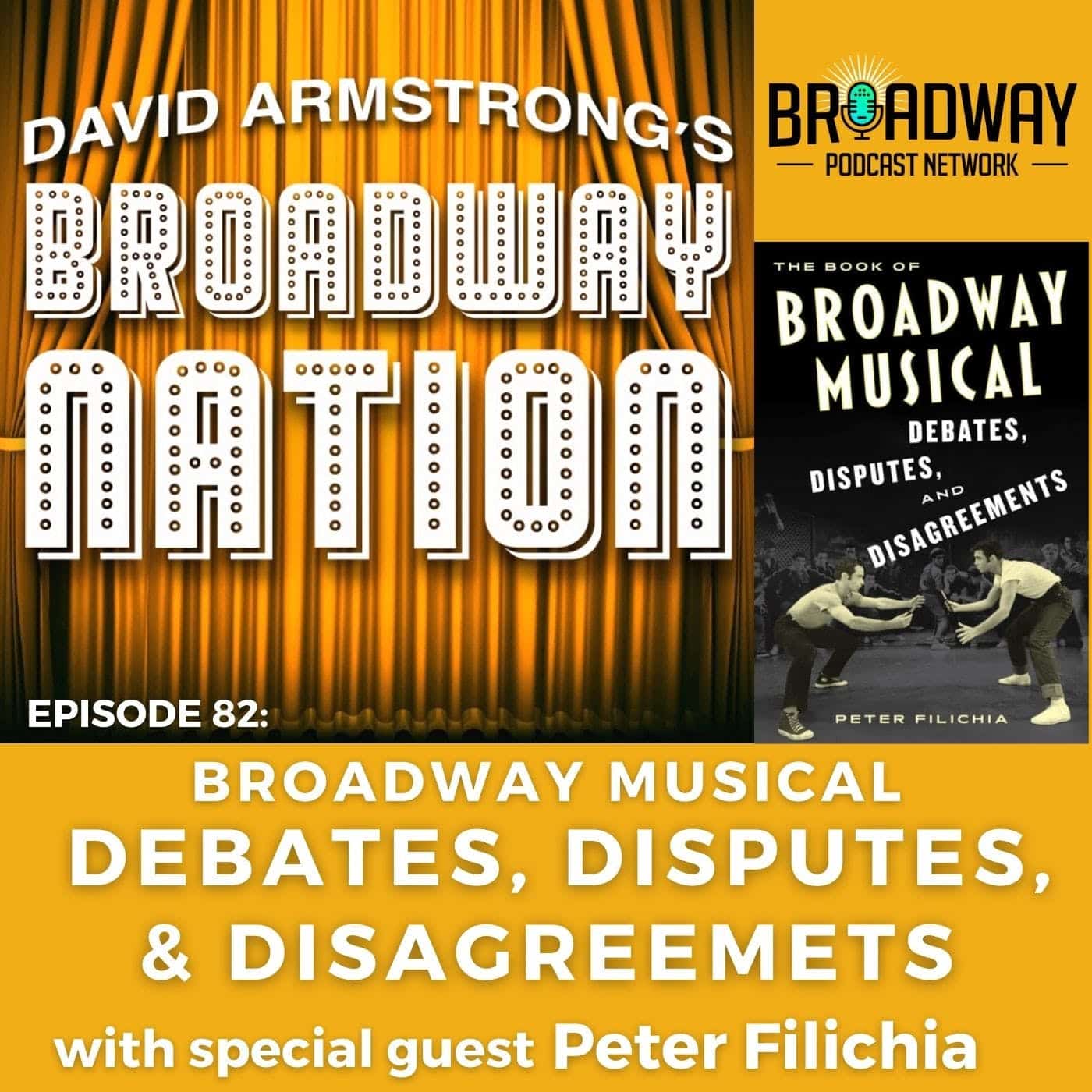 My guest today is Peter Filichia who is the author of the new book that he calls The Book of Broadway Musical Debates, Disputes, and Disagreements.

As a prolific theater journalist and critic Peter has written for Playbill, Theatermania, Broadway Select, Encore, and if you are in my age range you may even remember a magazine namedTheater Week! You can hear him every week on the Broadway Radio podcast This Week On Broadway.

Most significantly he is the author of five previous books about Broadway including: The Great Parade: Broadway’s Astonishing Never To Be Forgotten 1963-1964 Season; Strippers, Showgirls And Sharks: A Very Opinionated History of Broadway Musicals That Did Not Win The Tony Award; Broadway Musicals MVPs: The Most Valuable Players of The Past 50 Seasons; Broadway Musicals: The Biggest Hit & the Biggest Flop of the Season, 1959 to 2009; and Let’s Put On A Musical.

I’ve known Peter for many years, and it is always a delight to talk with him. As you will hear – much like me – Peter has never been shy about sharing his often very passionate opinions about all things Broadway, both past and present. We don’t always agree, but I’m always fascinated to hear what he has to say.

This is a fun one that I feel certain you will enjoy!