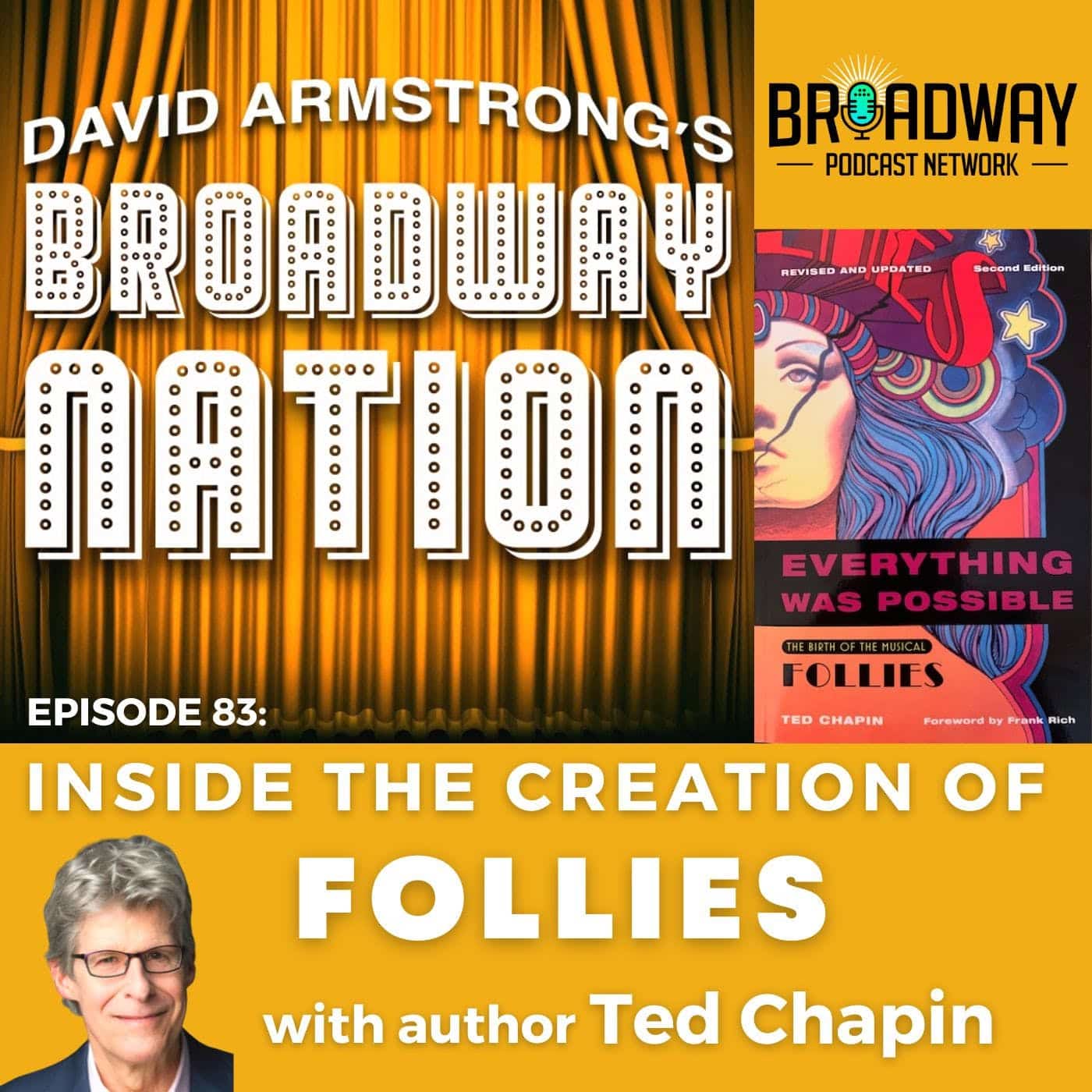 Episode 83: Inside The Creation of FOLLIES

My guest this week is Ted Chapin who’s captivating 2003 book Everything Was Possible: The Birth of the Musical “Follies,” has recently been reissued in a revised and updated edition.

As you may know, this book is based on Ted’s first-hand experience as the production assistant on the original Broadway production of the Stephen Sondheim, Hal Prince, & James Goldman landmark musical Follies.

Of course, the expression, “I just couldn’t put that book down” is a cliché – but in this case, it has been absolutely true – twice! — both when I read this book when it was originally released, and again just a few weeks ago when I had the great pleasure of diving into it all over again.

On last week’s episode, Peter Filichia, talked about wanting to be able to go back in time and be a “fly on the wall” to witness the inner workings of legendary musicals as they were being put together. Ted’s book allows all of us to do exactly that. This book makes you feel as it you are right there in the thick of it during Follies rehearsal period in New York, and in Boston during its out-of-town tryout’s many trials and tribulations.

For 40 years Ted served as the President of The Rodgers & Hammerstein Organization a role that he was personally chosen by the Rodgers and Hammerstein families to take on. On his watch there were eight Tony Award winning Best Revivals of musicals in the R&H catalogue — On Your Toes, Carousel, Show Boat, Annie Get Your Gun, South Pacific, The King And I – twice! – and Oklahoma! He also supervised major R&H productions In London, on television, and around the world.

And Ted is the co-founder of the acclaimed City Center Encores! series, and he currently serves on the boards of City Center, The Kurt Weil Foundation, and the American Theatre Wing.

It is always a delight to speak with him – especially in regard to his one-of-a-kind experience of being in the rooms where Follies happened.