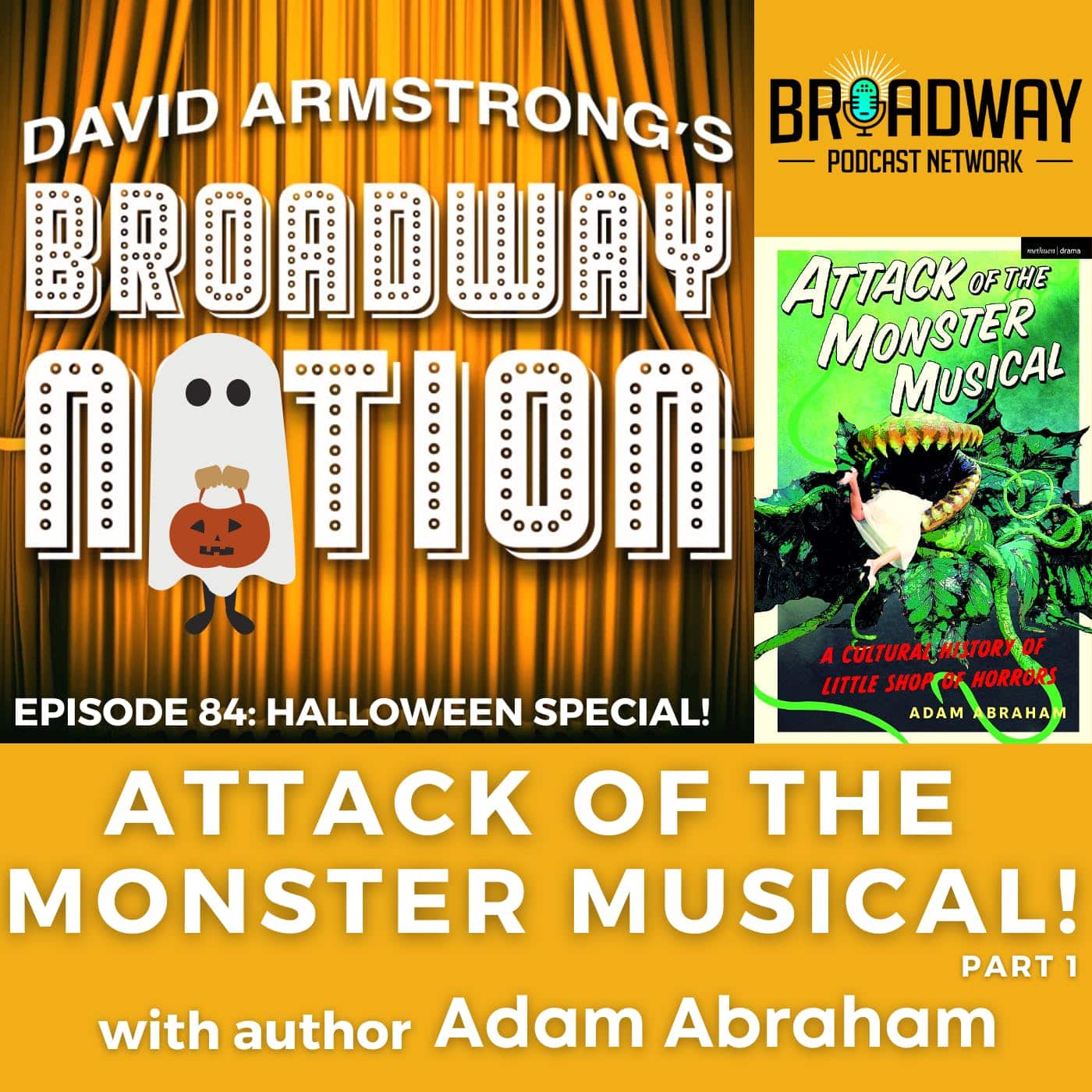 This is the first part of my conversation with Adam Abraham, author of Attack of the Monster Musical – A Cultural History of Little Shop Of Horrors.

In this terrific new book Adam relates the unlikely story of how Roger Corman’s schlocky, low budget, 1960’s monster movie was transformed 20 years later into a smash hit, long-running, Off-Broadway musical that became an international sensation and spawned a hit film musical adaptation as well. And of course, today Little Shop Of Horrors is a hit all over again and can currently be seen in another long running off-Broadway production.

Adam Abraham is a Postdoctoral Teaching Fellow at Auburn University, and he also has taught at Virginia Commonwealth University, NYU, and Harvard. His previous books include When Magoo Flew: The Rise And Fall of Animation Studio UPA, and Plagiarizing The Victorian Novel: Imitation, Parody, Aftertext. He has also written for film, television, and theater.

Attack of the Monster Musical provides us with a fascinating, in depth, look into the dynamic partnership of Howard Ashman & Alan Mencken and their creation of what I believe is one of the best and most perfectly crafted musicals of all time.

Topics discussed in this episode include: How Howard Ashman was influenced by the cast album of GYPSY; how he discovered Roger Corman’s film in the first place; his first musical The Candy Shop;

the truth behind the legend that Corman shot the original movie in just two days; NYC’s Off Broadway scene during the late 1970s and early 80s; the WPA Theater; how an early version of Little Shop bombed at the BMI Workshop; the casting of Ellen Greene & Lee Wilcoff (and how Nathan Lane & Faith Prince were almost in the original cast); why the show never moved to Broadway; what Cameron Mackintosh, David Geffin & the Shubert Organization have to do with the show; how the dream team of Ashman & Menken worked together; and the tragic loss of Howard Ashman.