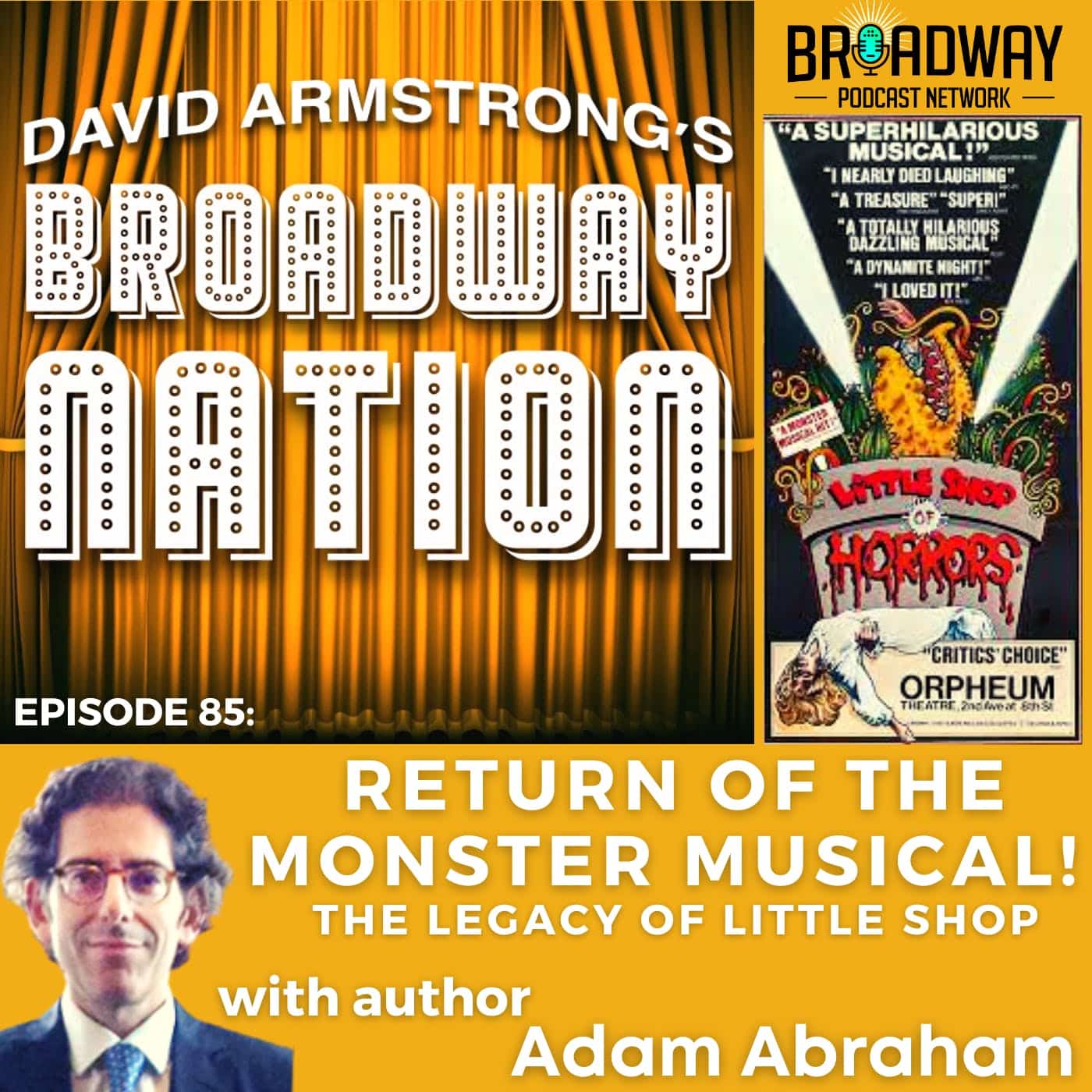 Episode 85: RETURN OF THE MONSTER MUSICAL!

This is the second half of my conversation with Adam Abraham, author of the engaging new book Attack Of The Monster Musical – A Cultural History Of Little Shop Of Horrors. If you missed the previous episode you may want to catch up with that one before listening to this one.

Last week Adam shared the unlikely behind-the-scenes story of the making of Rodger Corman’s original low budget horror film The Little Shop Of Horrors, and then how that inspired a young writer and director named Howard Ashman to transform it into the stage musical, Little Shop Of Horrors, which quickly became a long running Off-Broadway smash.

This week Adam takes us inside the creation of the hit movie adaptation of the musical — which opened which opened while the original Off-Broadway stage production was still playing. And we discuss the incredible legacy of Little Shop and its impact on American culture over the past 40 years. Most especially, how it kept the flame alive for American musical comedy during the “British Invasion” of Broadway in the 1980s. Perhaps most importantly we explore the significant influence that Howard Ashman, Alan Menken and Little Shop Of Horrors have had on the several generations of musical theater writers who have followed in their footsteps.

Adam Abraham is a Postdoctoral Teaching Fellow at Auburn University, and he also has taught at Virginia Commonwealth University, NYU, and Harvard. His previous books include When Magoo Flew: The Rise And Fall of Animation Studio UPA, and Plagiarizing The Victorian Novel: Imitation, Parody, Aftertext. He has also written for film, television, and theater.

Attack of the Monster Musical provides a fascinating, in depth, look into the dynamic partnership of Howard Ashman & Alan Menken and their creation of what I believe is one of the best and most perfectly crafted musicals of all time!