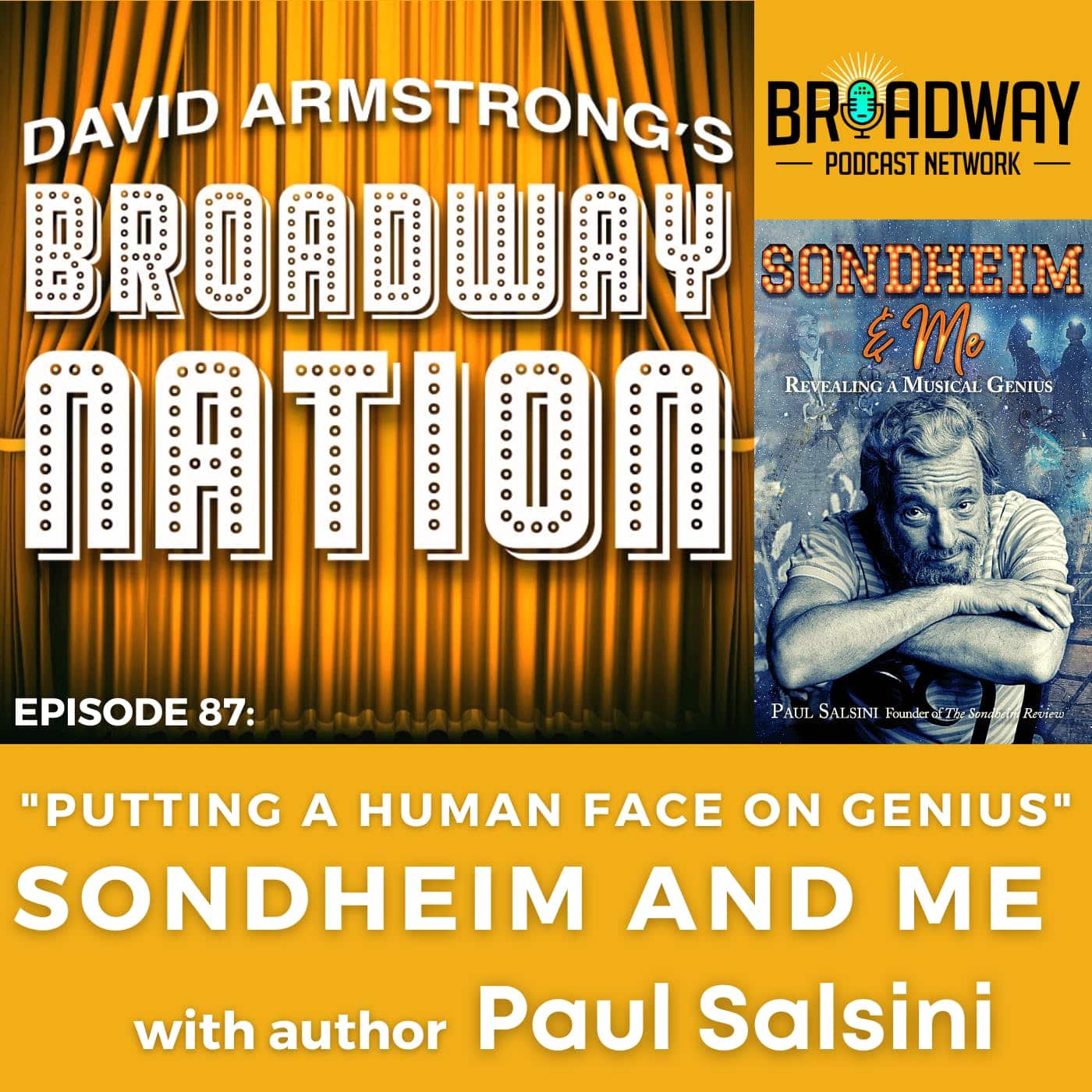 Episode 87: Sondheim And Me

My guest this week on Broadway Nation podcast is Paul Salsini, author of the memoir, Sondheim & Me.

Many listeners will know Paul as the founder and original editor of the much beloved magazine, The Sondheim Review, the first only quarterly magazine ever devoted to a living musical theater composer.

Paul launched the magazine in 1994 and over the following ten years Paul exchanged notes, letters, faxes and phone calls with Stephen Sondheim — who it was clear was reading every word of every issue of the magazine — and Sondheim often had corrections and comments, or as he called them, “emendations.” On a few occasions these notes and phone calls included “vigorous objections” to what Paul had included the magazine, but overall Sondheim was wonderfully supportive and helpful.

Paul’s new book chronicles his unlikely relationship with Sondheim during an eventful period that included the New York premiers of Passion and Saturday Night, the Kennedy Center’s Sondheim Celebration, Broadway revivals of six of Sondheim’s major works, and the decade long development of the musical that would eventually be called Road Show.