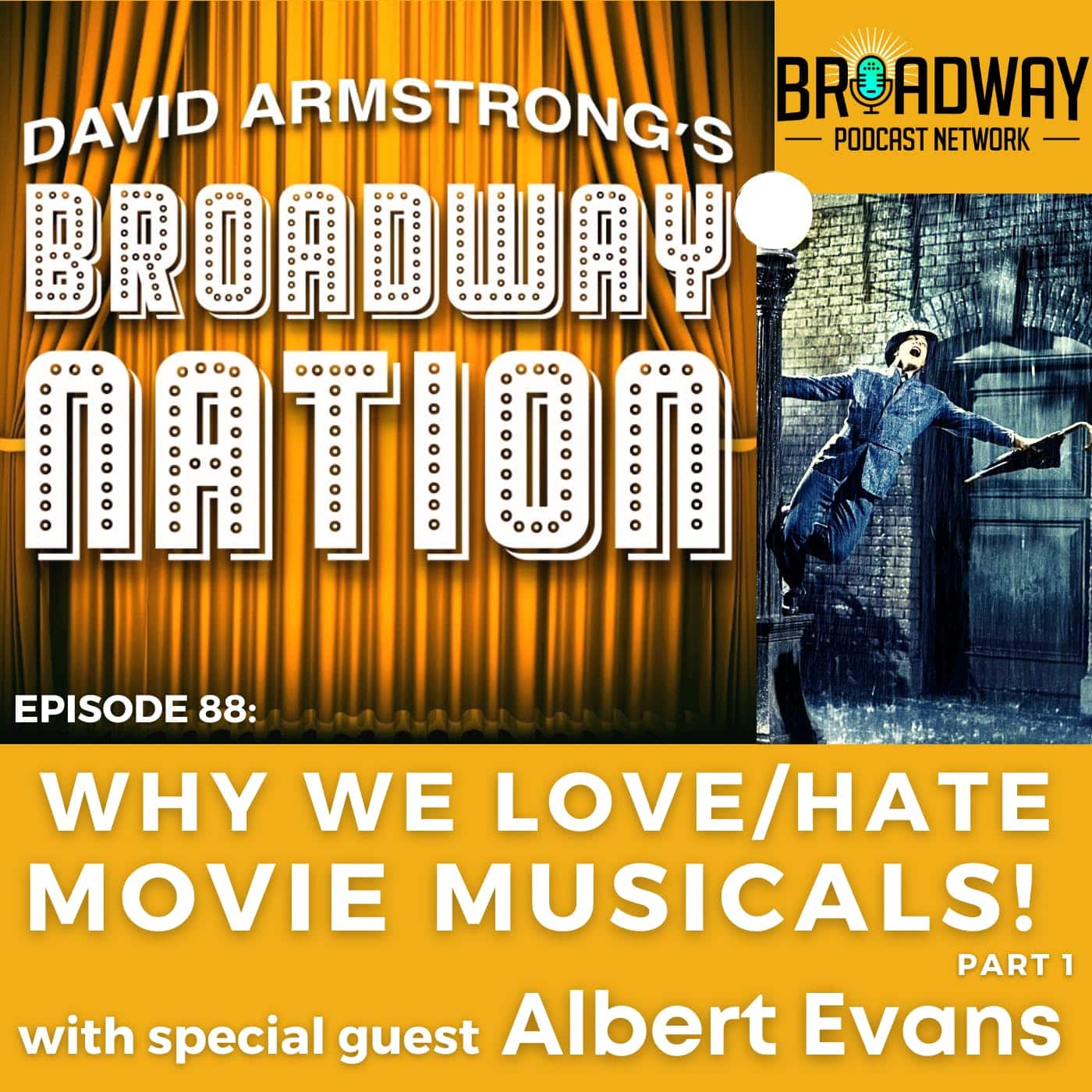 This episode is in response to a question I get quite often from listeners: Is Broadway Nation ever going to focus on movie musicals? Well, today is the day!

Of course, I don’t really hate any movie musicals. And I love quite a few of them.

In fact, it was largely old movie musicals from the 1930s, 40s, and 50s that I watched on TV when I was a kid back in the 60s and 70s that made be fall in love with show business in the first place. No doubt because so many of them were backstage musicals set in the worlds of Vaudeville, nightclubs, and the bright lights of Broadway.

The history of stage and film musicals is, of course, closely related, and they share many of the same creators and stars – which is no doubt why many historians and books analyze and discuss them together. I however see stage musicals and film musicals as being two very different things.

What are the main differences between them?

I am thrilled to be joined today by my dear friend and frequent Broadway Nation co-host, Albert Evans, to explore and define those differences — and at least for a day — give film musicals some love (and maybe a little bit of criticism) on this podcast.