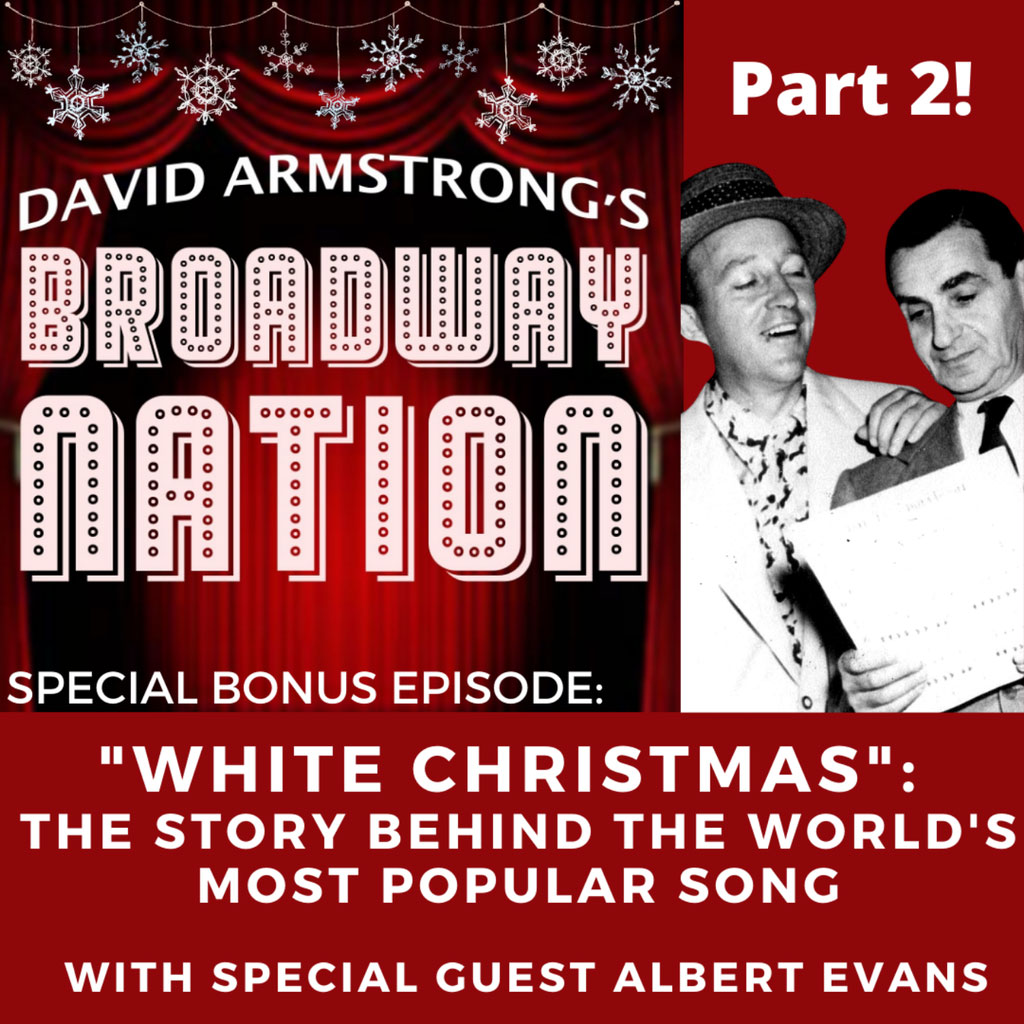 This is the second of two special holiday bonus episodes of Broadway Nation. Just like the first, this is an audio version of a Broadway Nation Live! performance that was given in December of 2019 at the Vashon Center For The Performing Arts on Vashon Island, WA. If you prefer to watch a video of this performance you can stream it on their website at: vashoncenterforthearts.org

In Part One we looked at how the Jewish-Russian immigrant songwriter, Irving Berlin — in addition to being one of the prime inventors of the Broadway Musical — also created an entirely new category of popular song: “the Christmas Standard”. In this episode we explore how Berlin was aided and abetted in that endeavor by the son of Irish and German immigrants from Washington State who became one of the most popular performers of all time — Bing Crosby. Along with Judy Garland I call Bing one of Broadway’s greatest stars who never appeared on Broadway.

But first, we start off with Albert Evans’ amazing in-depth analysis of the genius of Irving Berlin, and the inspiration and craft that is behind the most popular song of all time. As you will remember the last episode ended with me introducing Albert and asking him this question: “Why? Why, is White Christmas the most popular song of all time?” You won’t want to miss his answer!