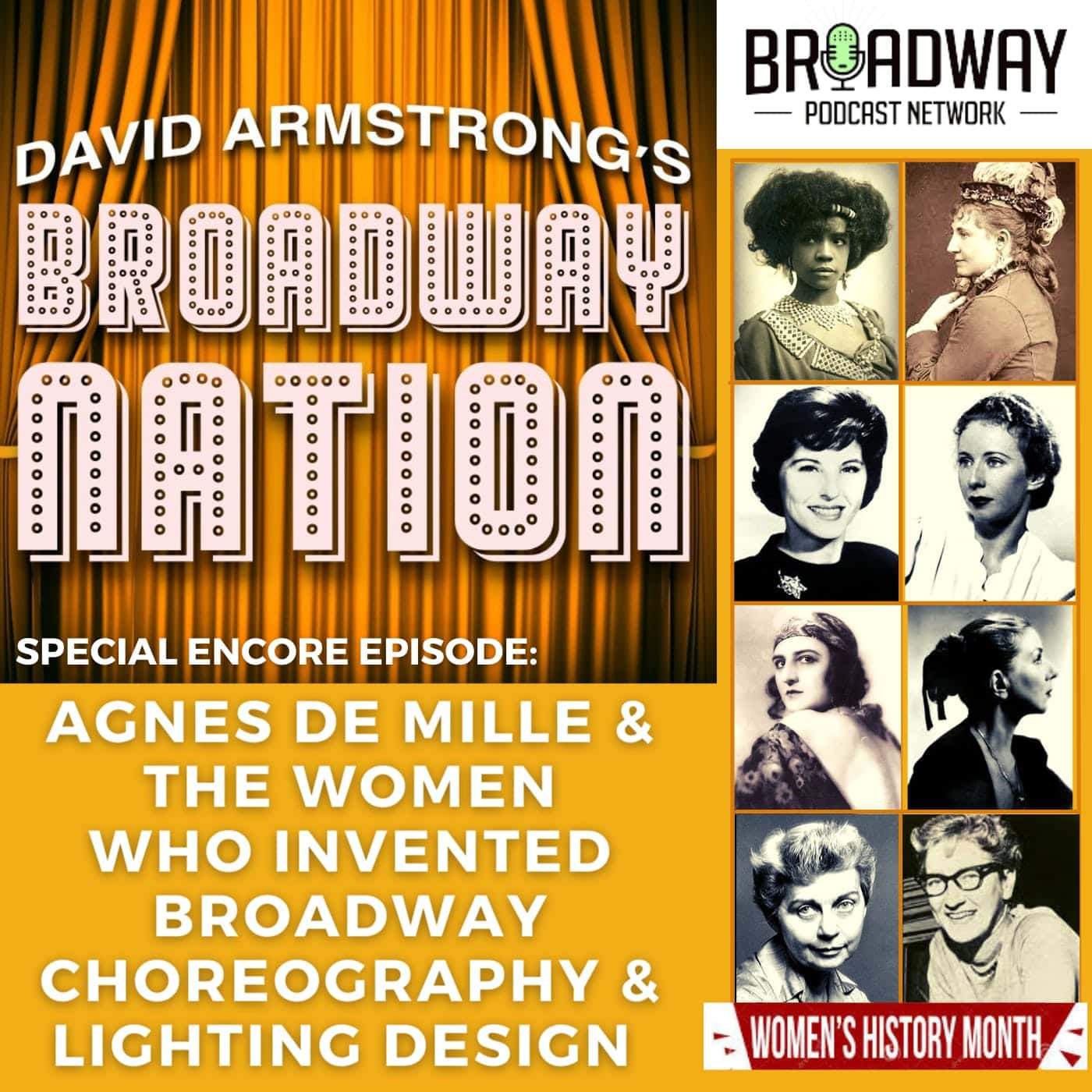 This is a special encore episode of Broadway Nation.

March is “Women’s History Month”, so this seemed like the perfect time to revisit one my earliest episodes. Creative and talented women have played vital and important roles in the Broadway musical from the very beginning, but their contributions are often overlooked or undervalued. My students in the Broadway musical history course that I teach at the University of Washington School of Drama are always surprised to discover so many women in leadership positions in the world of theater, beginning even before women had the right to vote!

While we might expect that women would be well represented in the ranks of Broadway choreographers, what is perhaps more surprising is that women were the principal forces behind the artistic and technical creation and development of theatrical lighting design.

Appropriately, three of the women that I highlight in this episode have important March milestones: Hanya Holm was born March 3rd 1893, Onna White was born on March, 24th in 1922, and the original production of Brigadoon with choreography by Agnes de Mille opened on March 13, 1947. Once they get that proverbial time machine perfected, I would recommend that we all head back for our own Agnes de Mill “festival”. That week you could experience her groundbreaking choreography of not just Brigadoon, but also the still running original productions of Oklahoma! and Carousel.

The sound balancing of this episode is not quite up to my current standards, but the content is fascinating, and I suspect that it will introduce even the most avid Broadway history buffs to some dynamic women that you have barely if ever heard of before. Here we go!