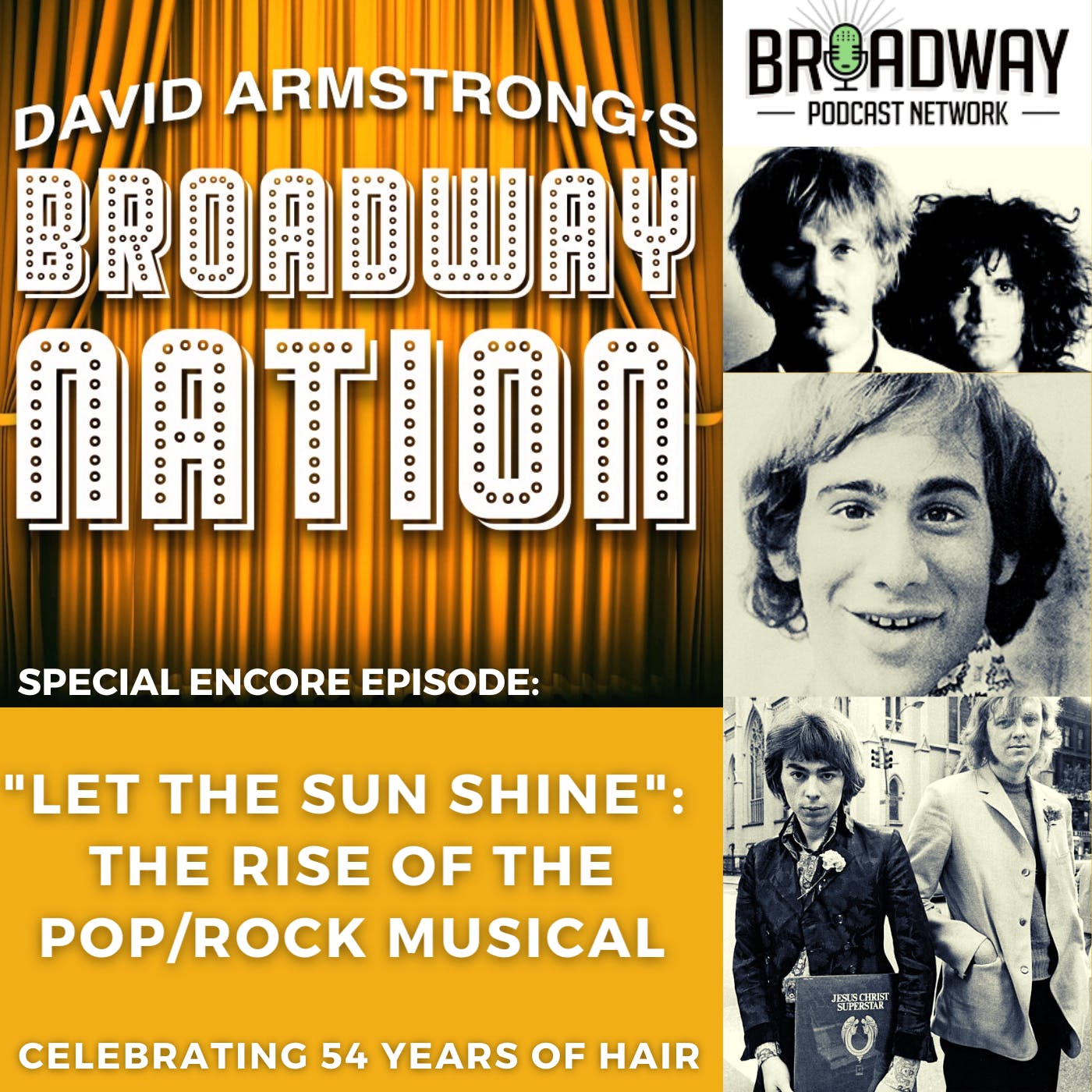 Special Encore Episode: “Let The Sun Shine”: The Rise Of The Pop/Rock Musical

Although nobody knew it at the time, in April of 1968 “The Golden Age of Broadway” came to an abrupt end on the opening night of the “tribal rock musical” HAIR, which took America by storm and created a shocking jump cut into what I call “The Modern Era” of the Broadway Musical. In this episode I share the story of the emergence and rise of the so called “Rock Musical”.

To many HAIR, and the “Rock Musical”, seemed like a total betrayal of the values, craftsmanship and traditions of Broadway. However, I see it, and the other new forms of musicals that rose to the forefront in The Modern Era, as just part of the inevitable ongoing evolution of a form that had always closely reflected what was going on in American culture.

In the immediate wake of HAIR there were many shows that tried to emulate its triumph — but only three found real success: Jesus Christ Superstar, Godspell, and Two Gentlemen of Verona. Later, the success of Godspell would lead directly to PIPPIN, and the success of Superstar led to Webber & Rice’s 1979 blockbuster EVITA, and the expansion and of their early musical Joseph And His Technicolor Dreamcoat.

The term “Rock Musical” is something of a misnomer. Rock music, in is purest form, actually does not lend itself very well to musical theater storytelling. It’s musical, rhythmic, and lyric forms are much too limited and repetitive. The most successful “Rock Musicals” – from HAIR to RENT — would more actually be called “rock flavored” musicals that employ a variety of rock, pop, R&B, folk, and latin styles mixed with traditional forms of songwriting.

Over the coming years both Stephen Schwartz and Andrew Lloyd-Webber would move further and further away from Rock and do what Broadway composers had always done – combine the pop music of their day with an eclectic mix of musicals styles that best suited the story and characters they were dramatizing.