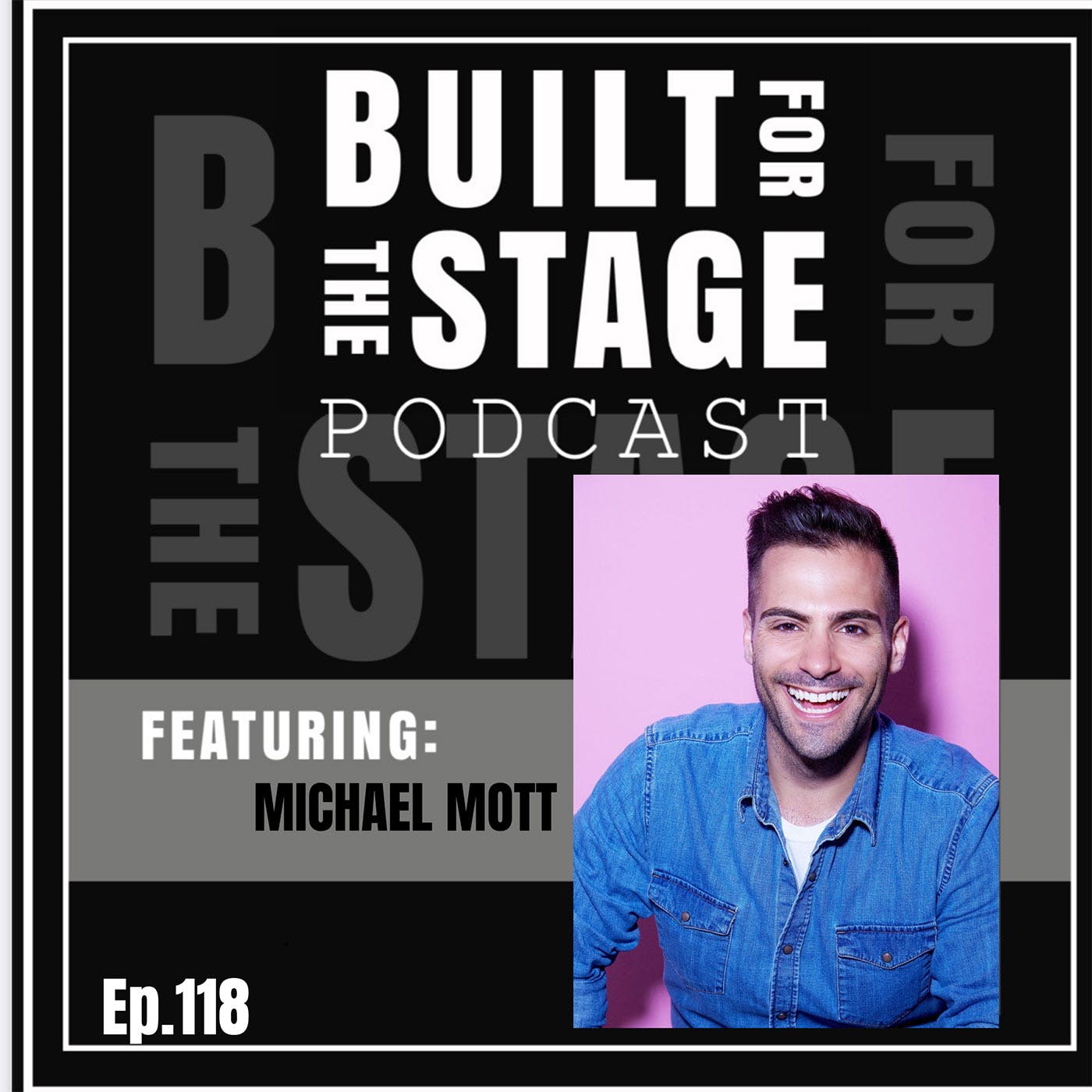 Michael Mott grew up in New York, studied Musical Theatre in college and then went on to have a successful career as a performer Off-Broadway, in Regional theatre and National Tours. He then chose to redirect his focus on writing and has since found himself in some really incredible spots with some of Broadway’s biggest talent. Michael was even named Playbill’s “”Contemporary Musical Theatre Songwriters You Should Know””.

Most recently, Michael has written a new musical “”In The Light, A Faustian Tale””, he has also scored his first short film and recently recorded an album with Jeremy Jordan, Ciara Renée and Solea. We are thrilled to have him on the podcast to share his story and the exciting projects he has and is a part of!