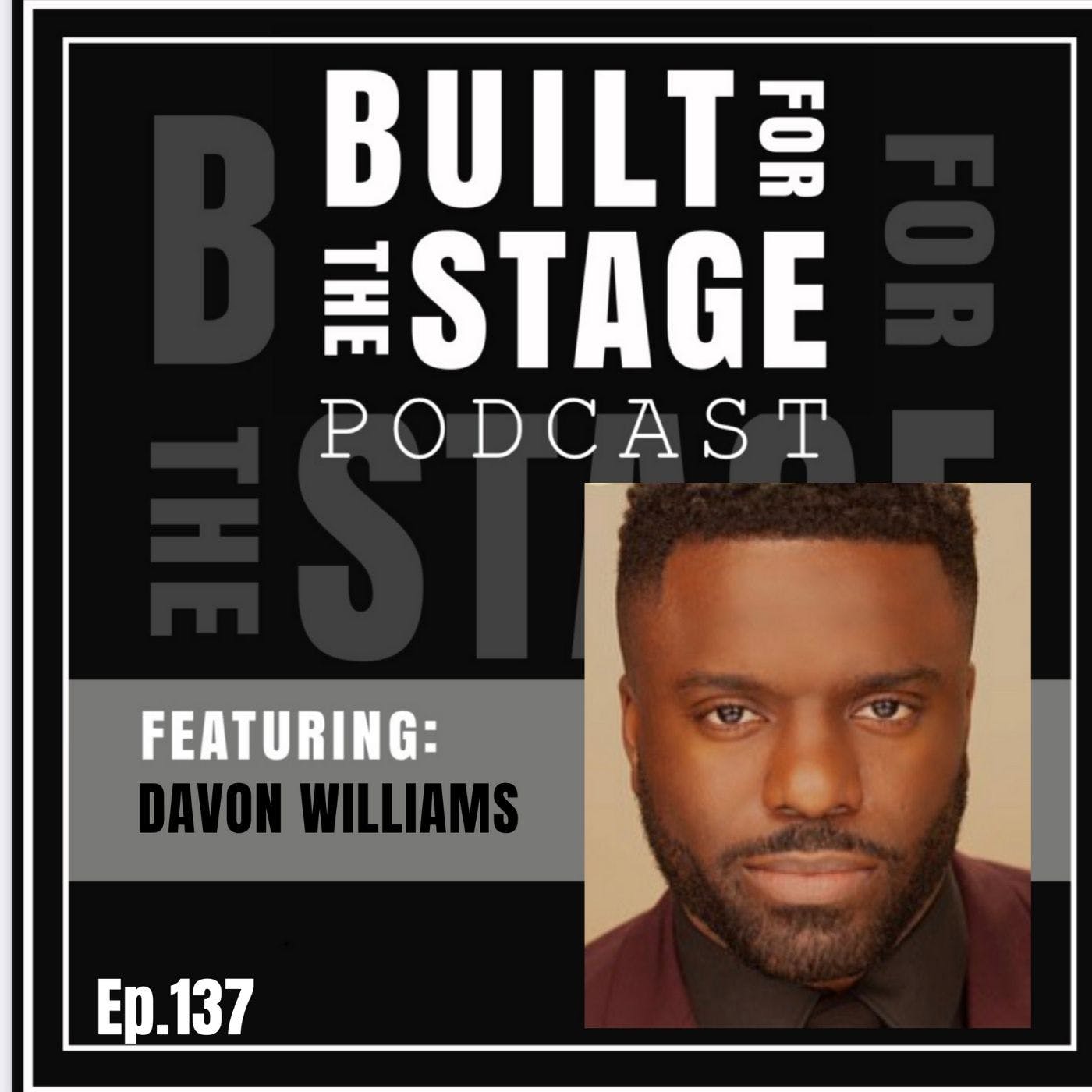 #137 – Davon Williams – DAVON AND THE SPECTACLE

Davon Williams is an international performer, delegate for the Actors’ Equity Association, and a TED Talk alum. Davon is committed to using his talents to bring about substantive social change. As a performing artist, Davon has been blessed to star in several national and international productions, working on multiple television shows and playing the lead in independent films. Davon & The Spectacle was founded in 2018 after Davon was asked to sing at a state dinner in Thailand. Davon and the Spectacle has since entertained audiences all across Southeast Asia before hitting the performance circuit in the US. During the pandemic, Davon launched the hit show, “The Receipts w/ Davon Williams,” which garnered over 118,750 views with a reach of over 750,000 in less than a year with no formal producers, budget, or marketing. This show led to the creation of the Black Theatre Matters Bill, a series of over 100 resolutions designed to build a more equitable theatre industry, which recently passed at the Actors’ Equity Association’s Inaugural Convention. The story of “The Receipts” and the Black Theatre Matters Bill has made its way into Deadline, Forbes, CBS, Playbill, The Daily Beast, BroadwayWorld, 60 Minutes, and numerous other platforms and publications.

Reserve tickets to the show – https://www.donttellmamanyc.com/shows/main/6449-davon-the-spectacle-12-19-21