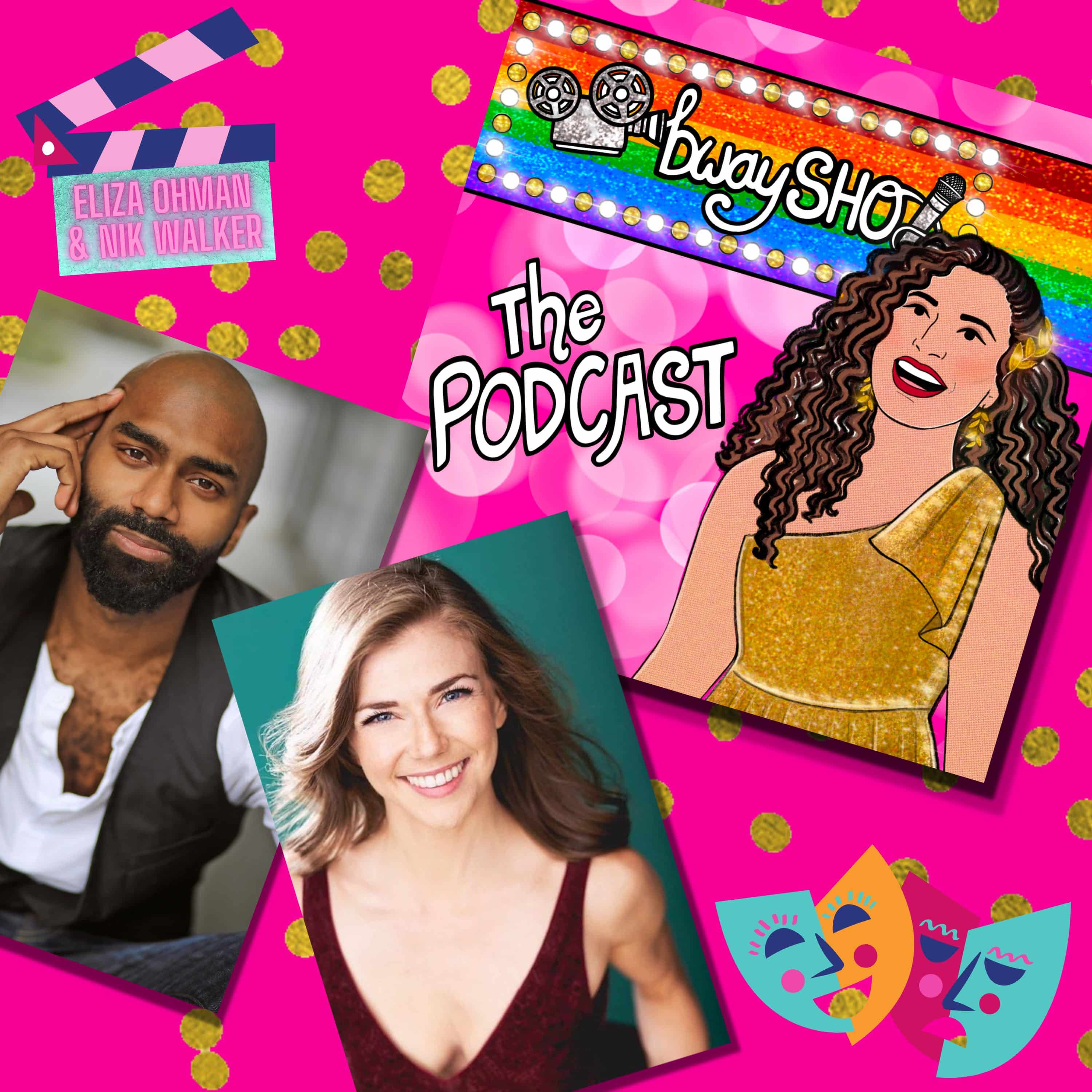 This week’s guests are Eliza Ohman and Nik Walker.

Eliza is best known for her work in Hamilton, King Kong and SIX: The Musical. She was the former dance captain and universal swing in Hamilton on Broadway, original Broadway company member of King Kong, where she was part of the Chita Rivera Award winning ensemble, as well as the assistant dance captain. Most recently, Eliza became the US associate choreographer for SIX: The Musical. Eliza’s Been In Fosse/Verdon, The Marvelous Mrs. Maisel, Saturday Night Live and so much more. In regard to her work teaching, “She’s an enthusiastic teacher who instills confidence of self in young performers so they can achieve true excellence in their craft.”

Nik Walker is best known for his roles in Hamilton, Ain’t Too Proud: The Life And Times Of The Temptations and MOTOWN: The Musical. He was Aaron Burr in The Philip Company of Hamilton, after performing in the ensemble and understudying multiple roles on Broadway. Most recently, he’s been leading the company of Ain’t Too Proud as Otis Williams. Nik’s been On Law & Order: SVU, Peter and the Starcatcher, and has a multitude of projects he’s been working on, including: THE CHAOS TWINS with Sasha Hutchings and Little Justice: The Podcast with Alex Smolowe. Here’s part one of our conversation from April 17th, recorded for my live YouTube Series: The SHO Must Go On…Line!

Thanks for listening to the 16th episode of bwaySHO: The Podcast. There’s No MCU post-credit scene in this episode, so come back next time to hear the rest of our conversation, starting with the films Eliza and Nik have been watching. Quarantine has been going on so very long that since this interview, John and I are yet again on a Marvel Marathon, but this time we’re watching the Entire Marvel Cinematic Universe: films and TV SHOs. WandaVision has us wanting all the superhero content we can watch. We’re Celebrating Black History Month and coming up on February 21st, #Ham4Progress presents “The Joy In Our Voices” – “An Evening of Hope, Inspiration, and Community Celebrating Black Art and Artists! Starring Members of our current Hamilton Companies and featuring some special guests. This event is streaming February 21 at 7pm EST on Facebook and Youtube.” Speaking of what to watch, of course HamilFilm is out there as part of the legacy of Broadway pro-shots. Which One Would You Love To See Next? Tweet at me: @bwaySHOPodcast.

If This Was Your Jam, You Can Become A SHOtreon! Head Over To Patreon.Com/bwaySHO. We Do Weekly Trivia And Monthly Video Chats! It’s A Fun Time, Come Check It Out.

Thanks As Always To Khayle Braxton Aka Gedun For These Awesome Beats, Jelani Remy For The Beautiful Intro Riff, Alex Brightman for the SHO time promo, Chelsey Hill AKA Illustrating Diva, For The Cool Cover Art, all the wonderful guests and all of you for listening!

We don’t know the future of live theatre, or when Broadway will be back, but we do know it’s on all of us to get through this pandemic. Wear a mask, be safe and let’s take care of ourselves.