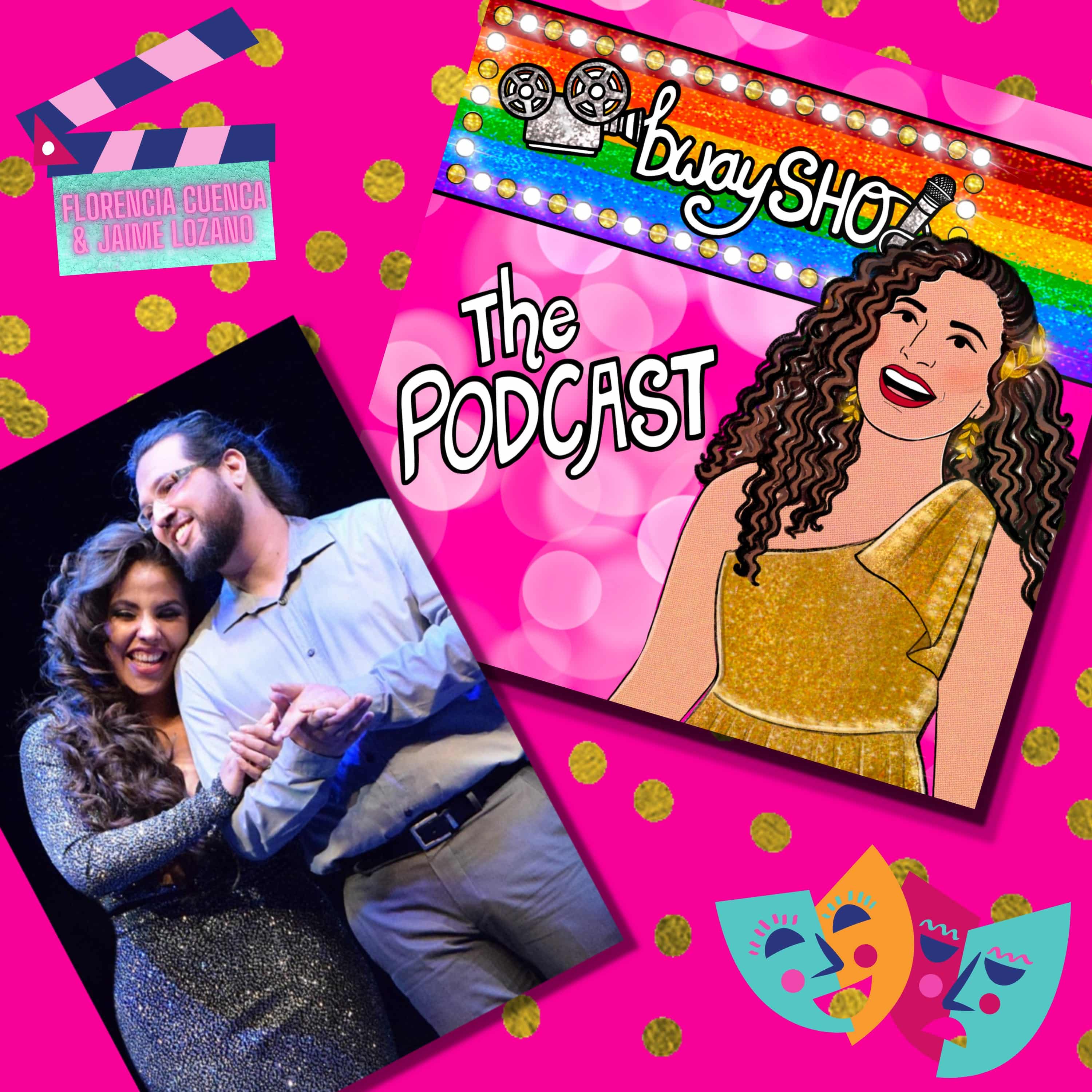 This Week’s Guests Are Jaime Lozano and Florencia Cuenca.

Jaime is a director, composer, arranger, orchestrator and vocal coach, who Lin-Manuel Miranda calls Broadway’s “Next big thing.” Hailing from Mexico and in celebration of Hispanic Heritage Month, Broadway Records is releasing his album: “Jaime Lozano & The Familia: Songs By An Immigrant” on October second. Jaime is one of the five artists selected for the 2020 Joe’s Pub working group residency. His work has been produced across the globe, including New York City (On and Off-Broadway), London, Paris, Mexico City and much more.

Florencia is a singer, actress and songwriter from Mexico. She has toured all around Mexico, Latin America and New York City, performing in some of the most prestigious jazz venues and festivals. She was awarded with the Hot House Jazz Award 2016 for Best new Jazz Artist. She has performed Off-Broadway in numerous shows, including Children Of Salt and A Never-ending Line.   Her First Album Aqui is available now. Jaime and Flo collaborate on projects all the time, including Aqui and Broadway en Spanglish, with their hit Spanglish Mariachi version of “Burn.” This was sung by Florencia, produced and musically arranged by Jaime, and written for Hamilton by Lin-Manuel. Catch Them October 1st on iViva Broadway! Hear Our Voices: A digital concert in celebration of Latinx Heritage Month. Here’s our conversation from April 13th, recorded for my live YouTube series: The SHO Must Go On…line!

If you like what you heard, please subscribe, rate and review, so you can be a spy on the inside for future episodes.

If This Was Your Jam, You Can Become A SHOtreon! Head Over To Patreon.Com/bwaySHO. We Do Weekly Trivia And Monthly Video Chats! It’s A Fun Time, Come Check It Out.

Thanks As Always To Khayle Braxton Aka Gedun For These Awesome Beats, Jelani Remy For The Beautiful Intro Riff, Alex Brightman for the SHO time promo, Chelsey Hill AKA Illustrating Diva, For The Cool Cover Art, all the wonderful guests and all of you for listening!

We don’t know the future of live theatre, or when Broadway will be back, but we do know it’s on all of us to get through this pandemic. Wear a mask, be safe and let’s take care of ourselves.