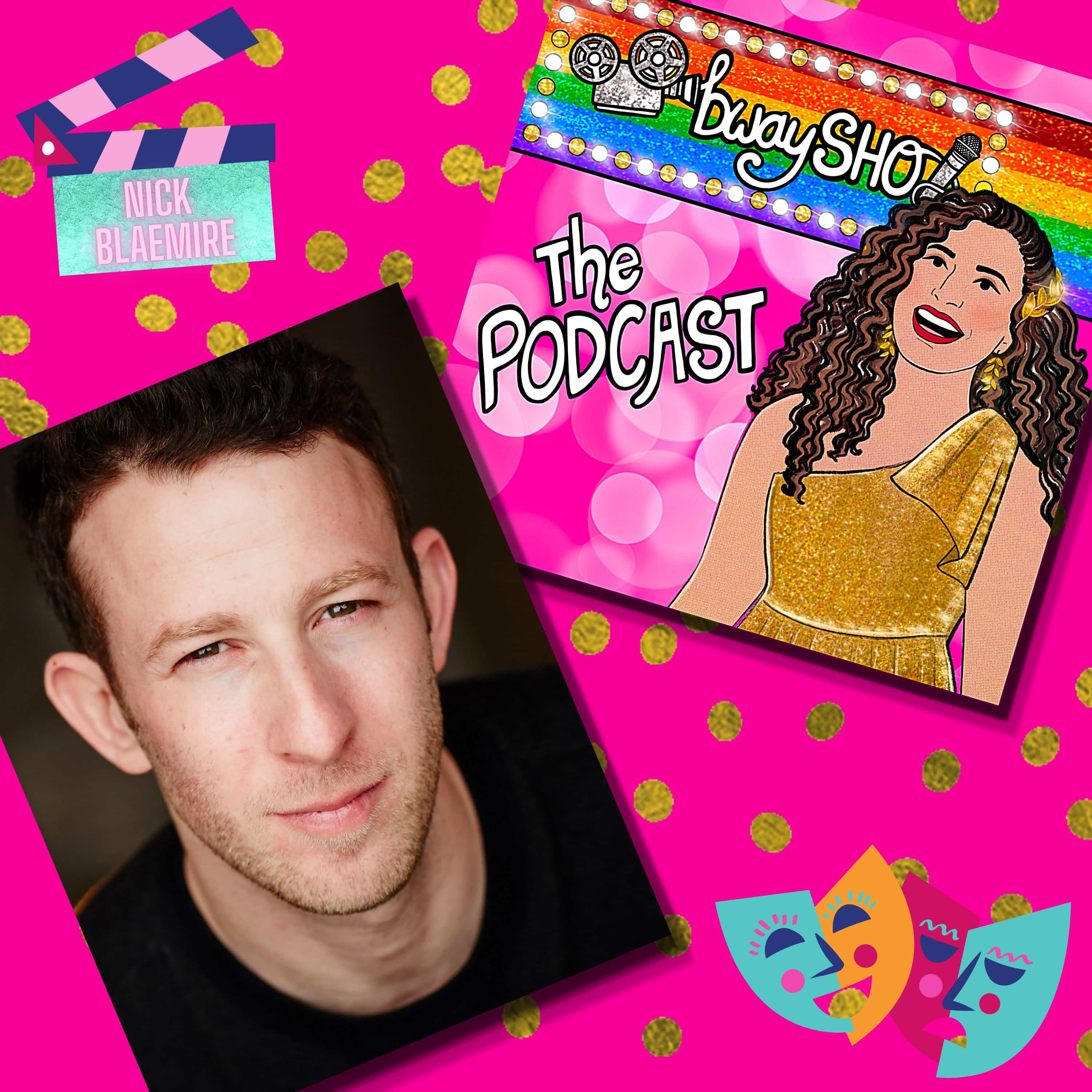 This week’s guest is Nick Blaemire!

I’m especially excited to release this episode today because I’m chatting with Nick and Ethan Slater THIS Friday (August 6th), the day Edge of the World’s concept album is released on Broadway Records. Tune into bwaySHO YouTube and comment along in the chat!

Nick Blaemire is a writer and performer based in Brooklyn. At 23 years old, Nick wrote the Broadway one-night-sensation rock musical Glory Days, which has since had over 50 productions around the world — and will re-open in Japan in Fall 2021. He has written five other original musicals: A Little More Alive (commissioned by Broadway Across America, produced at Williamstown, Kansas City Rep, Barrington Stage, and is optioned as a feature film); Soon (premiered at Signature Theatre, upcoming at the Prima Theatre Fall 2021); Fallout (with Kyle Jarrow), Edge of the World (with Ethan Slater) and Space Dogs (with Van Hughes, upcoming Winter 2022 Off-Broadway at MCC Theatre). Nick has released three EPs of pop songs, all available on iTunes, Spotify, etc. As an actor, he most recently completed the National Tour of Falsettos as Mendel, recurred on Dash & Lily on Netflix, and was nominated for a Drama Desk Award for his performance as Jon in the Off-Broadway Revival of Tick, Tick…Boom!

Nick was in the original Broadway Cast of Cry-Baby and worked on the Joe Iconis hit The Black Suits.

Here’s our conversation from May 6th, 2020, recorded for my live YouTube series: The SHO Must Go On…line!

Thanks for listening to the 28th episode of bwaySHO: The Podcast!

If you like what you heard, please subscribe, rate and review, so you can be a spy on the inside for future episodes.

Tune in this Friday, August 6th, on bwaySHO YouTube for my live chat with Nick Blaemire and Ethan Slater on release day of Edge of the World!

Listen to that fabulous album and check out Nick’s SPACE DOGS at MCC January 2022.

If This Was Your Jam, You Can Become A SHOtreon! Head Over To Patreon.Com/bwaySHO. You get exclusive access to filmed performances, photos and interviews, as well as up-to-date news on what’s going on in the theatre world. It’s A Fun Time, Come Check It Out.

Thanks as always to Khayle Braxton AKA Gedun for these Awesome Beats, Jelani Remy for the Beautiful Intro Riff, Alex Brightman for the SHO time promo, Chelsey Hill AKA Illustrating Diva, for the cool cover art, all the wonderful guests and all of you for listening!

Broadway SHOs are announcing their new opening dates. While we’re excited to see everyone get back to work, we must stay vigilant in our calls to make theatre a safe space for everyone involved. We need reports on how companies will be enacting anti-racist, anti-transphobia, anti-abelism and anti-abuse work. We can’t go back, we must move forward.

Get your vaccine, wear a mask, be safe and let’s take care of ourselves.

We’ll see you at the SHO