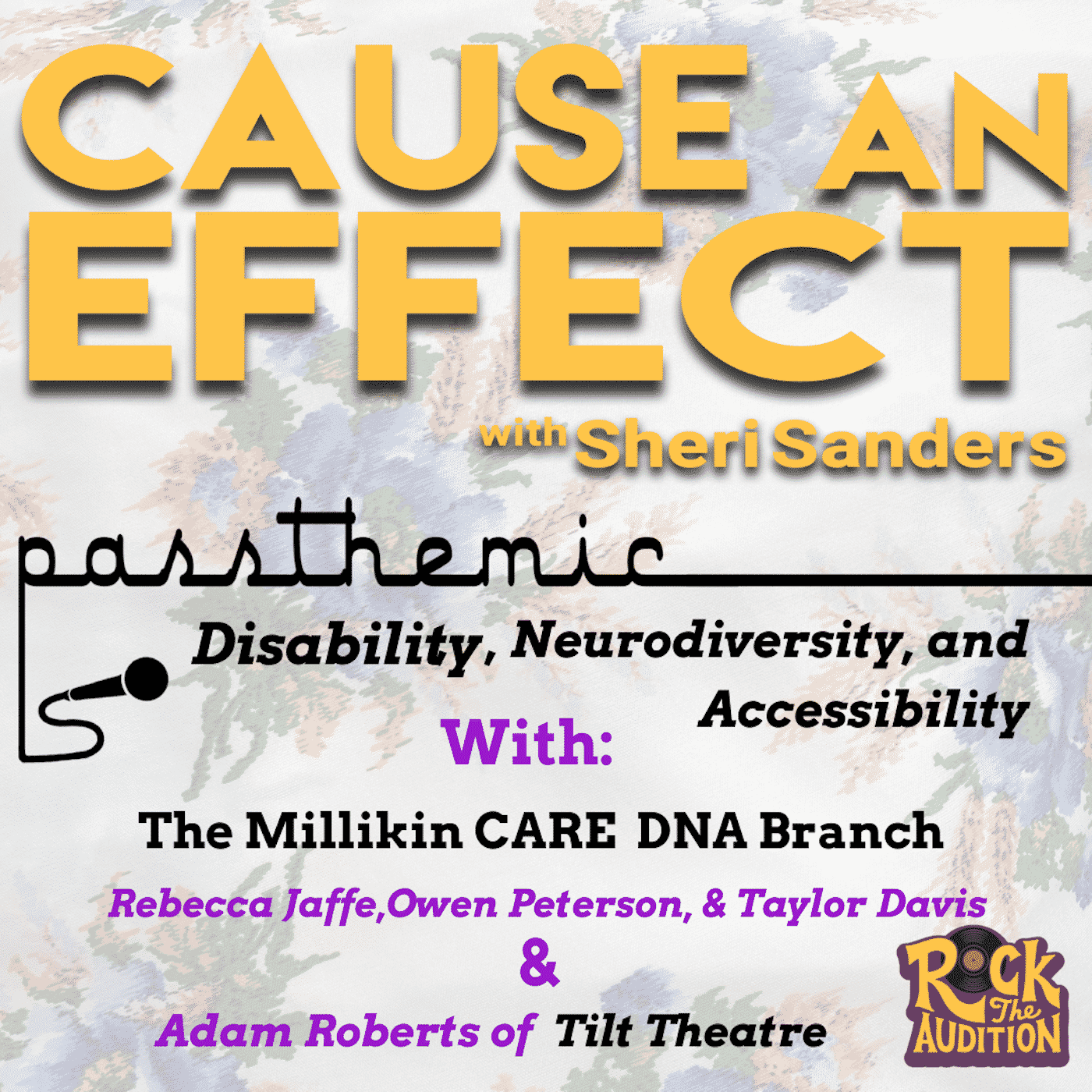 Meet the DNA Branch of Millikin CARE! Disability, Neurodivergence and Accessibility is literally what DNA STANDS FOR.

Please enjoy this JUICY #passthemic. It’s facilitated by RTA Company Member Adam Roberts, creator of The Award-winning Tilt Theatre in Austin and members of the Millikin CARE Coalition’s NDA Branch, Rebecca, Owen and Taylor and you’ll get great tools for leading with a Disability, as well as how to holds space for the some very necessary leadership!

You can find the First Revised Second Edition at http://www.rock-the-audition.com & find the Rock The Audition Team on Insta @rocktheaudition

Find more info about the podcast via http://bpn.fm/CauseAnEffect