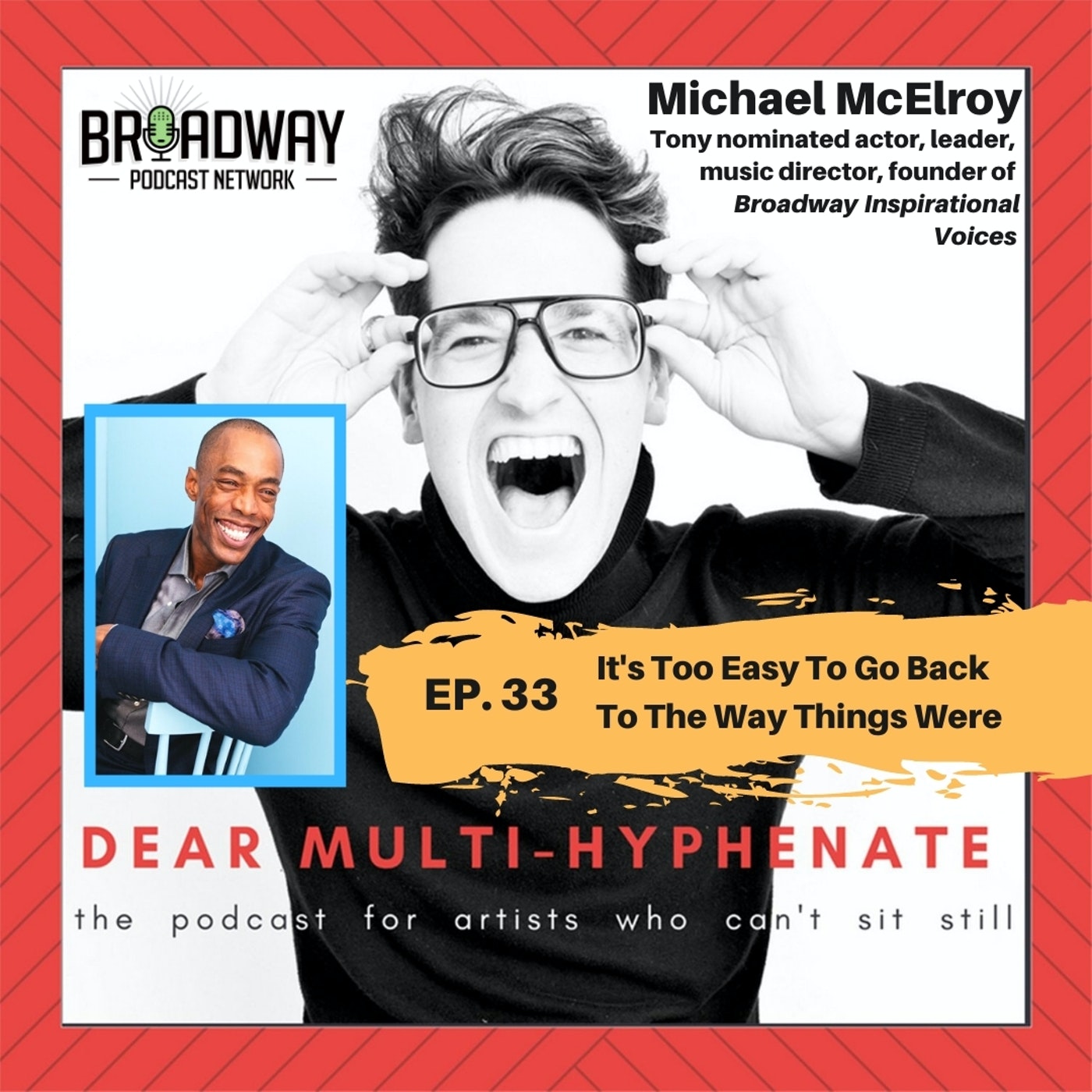 #33 – Michael McElroy: It’s Too Easy To Go Back to the Way Things Were

Journeys are filled with lots of hills and valleys, or valleys of preparation. In those valleys, there are moments that are needed because there is something you have to navigate or move through to appreciate when you’re standing on the mountaintop again. Michael McElroy joins Dear Multi-Hyphenate in this emotional, thought provoking, and intense conversation with one of the biggest hearts in the Broadway community. Michael and Michael chat about an artist’s response to a pandemic, the future of theatre, creating more inclusive spaces, and honoring diverse voices and lived experiences through artistic training. Michael earned his BFA in Theatre from Carnegie Mellon University. He made his Broadway debut in The High Rollers Social and Pleasure Club. He has since appeared in numerous productions, both on and off-Broadway, and in 2004 was nominated for a Tony Honor for Best Featured Actor in a Musical for Big River. He has also been nominated for Drama Desk Awards for Violet and Big River. In 1999, McElroy became the founder and director of the Broadway Inspirational Voices (Tony Award for Excellence in the Theatre), a diverse, non-denominational gospel choir made up of Broadway singers. He currently teaches in the New Studio on Broadway at New York University’s Tisch School of the Arts.