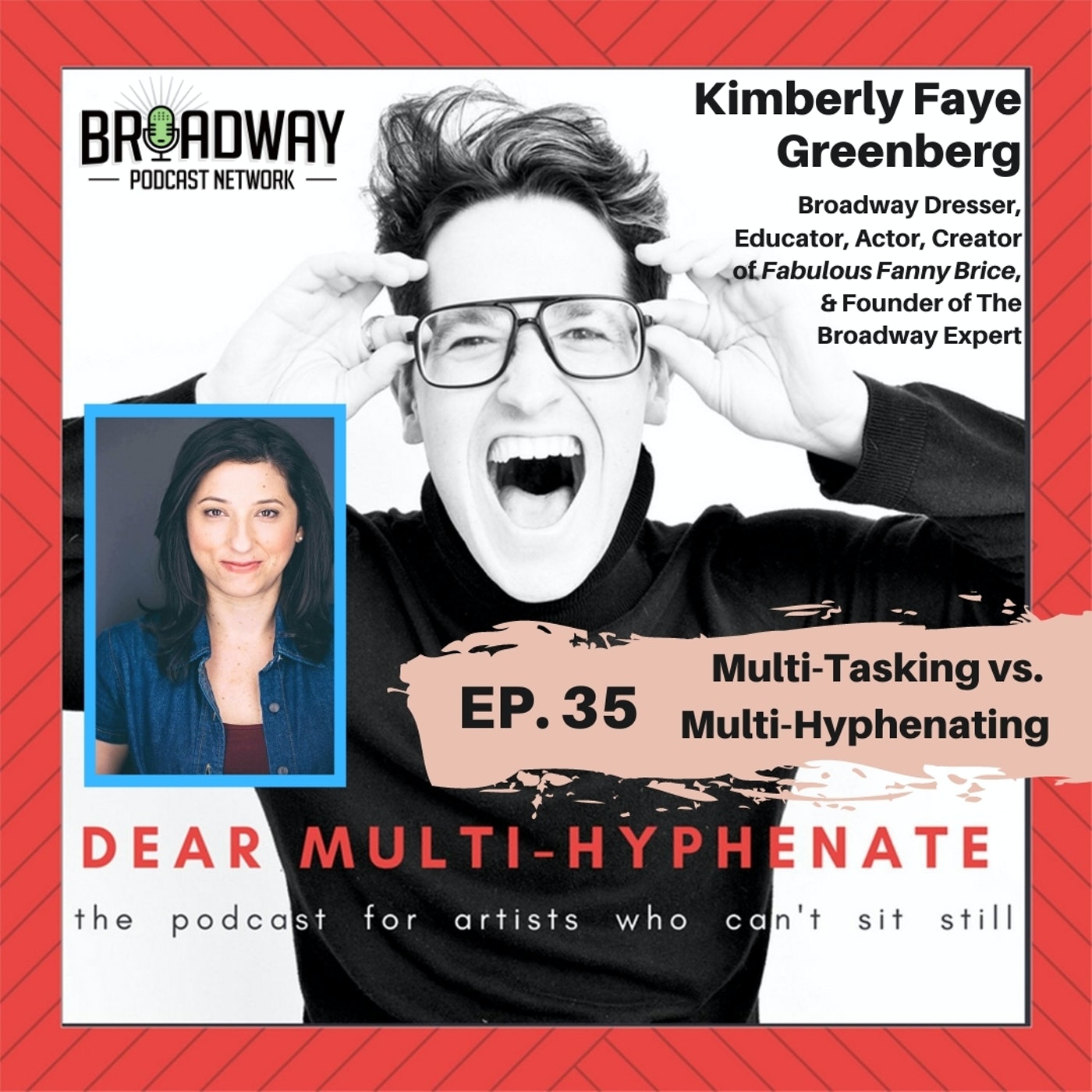 Used to being looked at like a crazy person, Kimberly Faye Greenberg spins many different plates. She is an actor, an educator, a dresser on Broadway, created her own one woman show based on the life Fanny Brice, and the founder of her business, The Broadway Expert. What’s it like leading a life without rules? Learn how Kimberly would be doing TWO Off Broadway shows at once… then run to the Imperial Theatre on Broadway to dress backstage of Billy Elliot, all while still in her show lashes. Kimberly also tells us what it’s like to navigate having her one woman show, Fabulous Fanny Brice, throughout quarantine. Some things we address are how to sell a virtual show, how do you sell multiple aspects of yourself at once, who becomes your audience, what’s the difference between multi-tasking and multi-hyphenating, and what are the factors that make up our hyphen identities.

Kimberly Faye Greenberg is the first and only actress to play leading roles in two Off-Broadway musicals at the same time. In addition, Kimberly’s numerous portrayals of Fanny Brice (4 shows/2 CDs) have been critically acclaimed by the New York Times, Huffington Post, and Associated Press. Her solo show show Fabulous Fanny Brice has been traveling the country for the past 8 years and is now streaming on STELLAR where it has also been named one of the BEST TO STREAM by Time Out NY, American Theatre Magazine, filmedlivemusicals.com, Times Square Chronicles, TDF, Goldstar and more. Kimberly has worked across-the-board in theatre Film and TV for over 20 years! She can currently be seen in the HBO mini-series “THE PLOT AGAINST AMERICA”. Offstage, she has worked backstage as a Broadway wardrobe swing dresser on over 20 Broadway shows, including “Mean Girls,” “Something Rotten,” and “The Lion King.” And Kimberly is currently is one of the TOP 10 Performing Arts Coaches in the World (#2 according to Google), as well as known as The Broadway Expert! Kimberly loves to inspire, educate and work with proactive artists to help conquer the New York market. Whether beginners or seasoned professionals Kimberly encourages all to embrace their own uniqueness, find their own niche and follow your own path and passion whether its onstage/onscreen, behind-the-scenes or a mix of everything. Kimberly’s interviews, articles, and Broadway content has been featured and gone viral across a variety of news outlets including Backstage, Theatre Nerds, Theatremania and more!