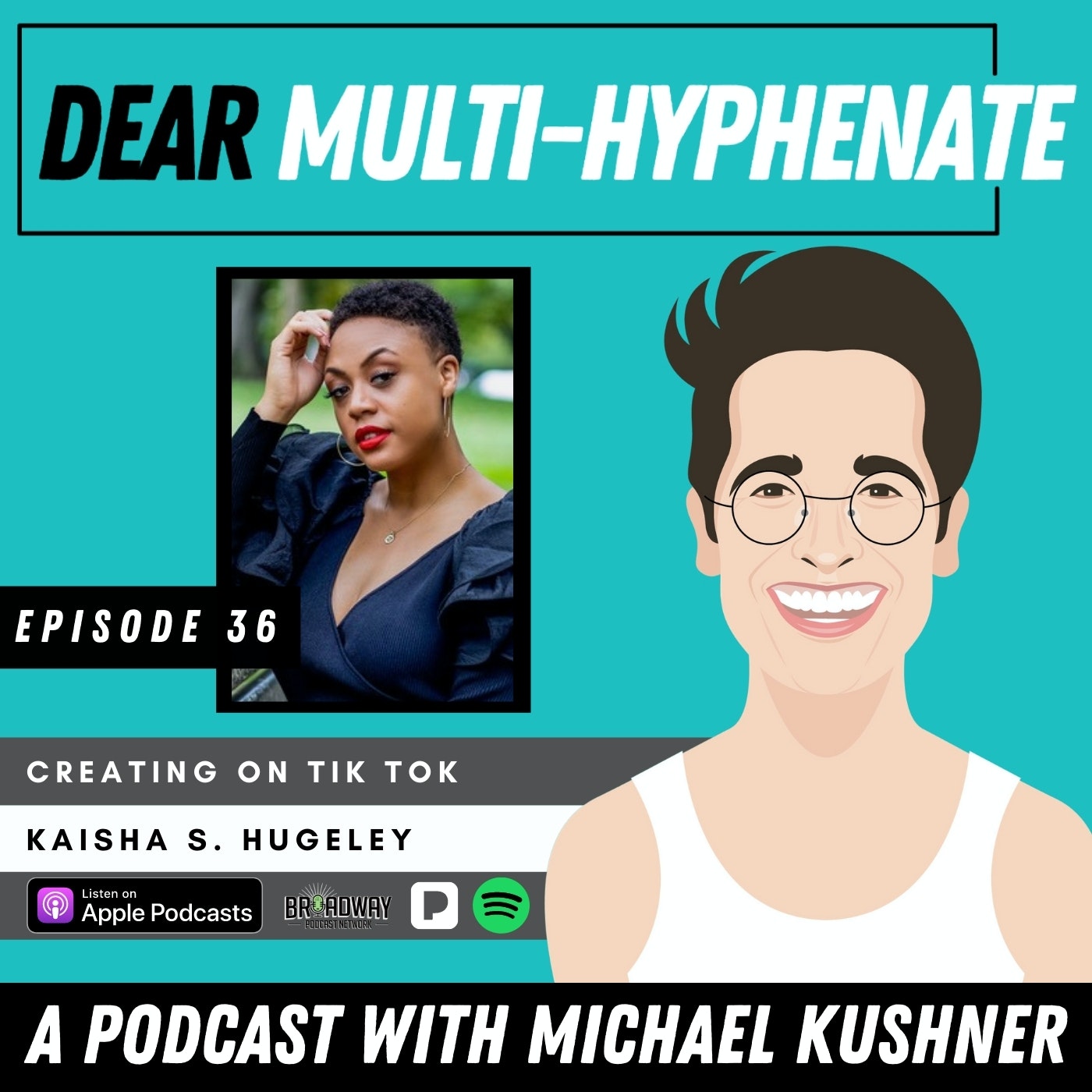 Facebook. Twitter. Instagram. And now Tik Tok? After changing her major seven times, Kaisha Huguley went from Government worker to fresh faced artist in NYC. When her co-workers asked her where she’d be working in New York, they expected her to say The United Nations – but Kaisha had other plans… to be an actor. Upon moving to NYC, Kaisha quickly understood that her collegiate experiences could help her identify as an artistic multi-hyphenate. As she discovered the word ‘multi-hyphenate’ described her best, she wanted to inspire other artists to go on their own artistic journey. So, she got on social media and started to get to work. Now Kaisha has built an incredible network of social media followers who engage with Kaisha and her creative endeavors on Tik Tok. In this episode, we break down the social media scaries and how to stop comparing ourselves to others on our screens – especially when it’s thrown directly into our faces. Learn the importance of establishing a dedicated audience that will follow you from social media and into the theatre.

Kaisha S. Huguley is a New York based actor, singer, entrepreneur, creative, & educator originally born and raised in Washington, D.C. Prior to the Covid-19 crisis, Kaisha was preparing to take the stage as Mama Euralie in Once on This Island in Concert at 54 Below. She was also preparing to join the ensemble (Pat/Trish U/S) in the cast of Kinky Boots at Arts Center of Coastal Carolina. Most recently, Kaisha performed in Miracle on 34th Street and The Full Monty (Argyle Theatre). Prior to those productions, she made her Off-Broadway Debut in Revelation: The Musical at The Players Theatre.

People know Kaisha as the woman who quit her full time job with the federal government to become an actress. She documents her journey to Broadway and all things creative online via her personal brand, “Kaisha Creates”. When Kaisha is not on the stage, she’s creating content for her online fanbase on her Podcast: A Kaisha Story, YouTube Channel, and Blog. She also recently started a podcast with her husband, Quinton called The Happily Huguley Podcast.

Additionally, Kaisha is the Manager of Special Programmings & Initiatives and a Faculty Member at The American Musical & Dramatic Academy (AMDA NY) where she teaches courses on business of the arts & entertainment industry and social media/marketing. Kaisha is committed to giving back to and teaching the next generation of artists/creatives.

To follow Kaisha’s journey to her dreams, simply follow her on Instagram/TikTok @KaishaCreates to join her Gram Fam & TikTok Fam.