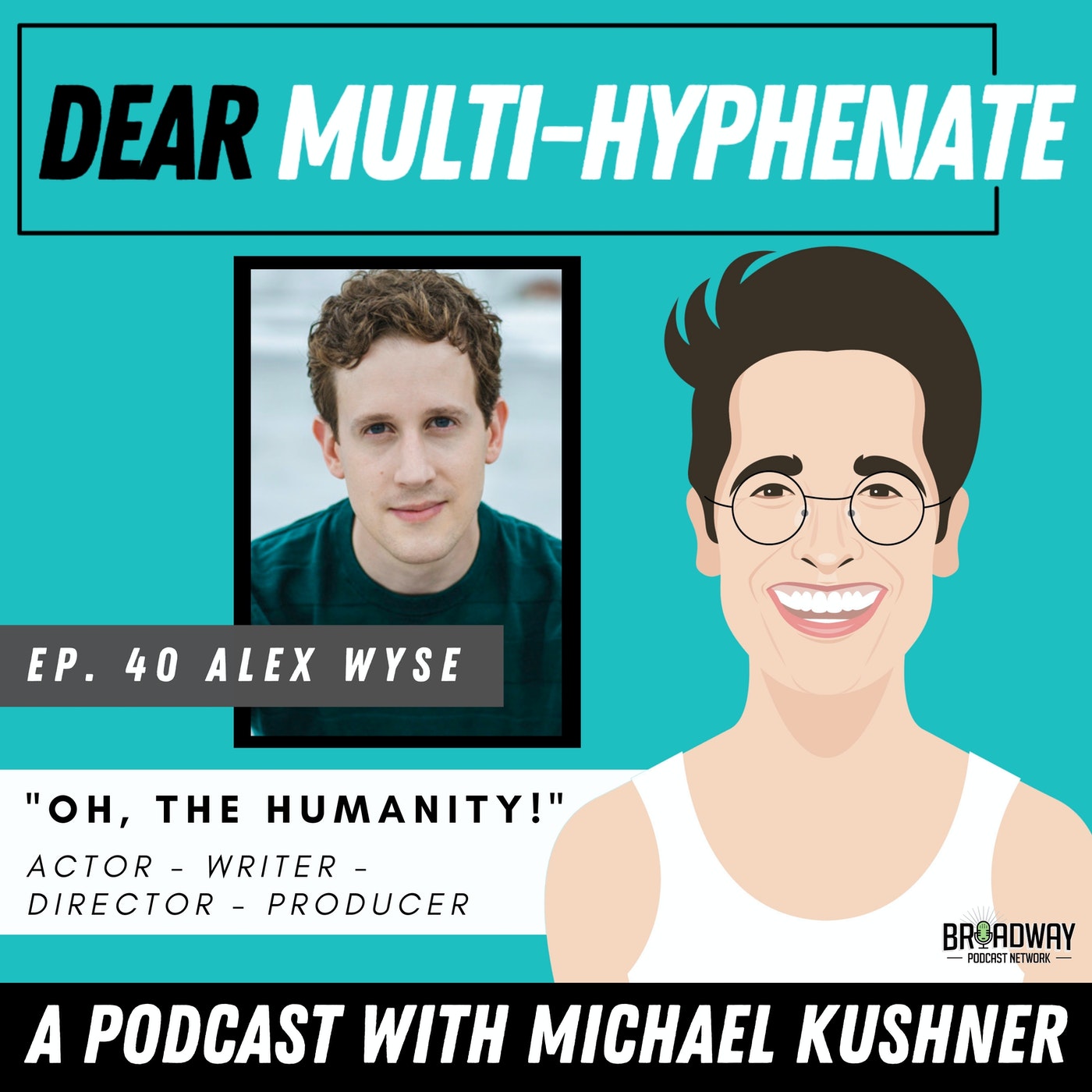 “I don’t feel good about myself in the day unless I’m making something.” This inspiring and hysterical episode is just two gay, Jewish boys kibbitzing about our trajectories in the theatre while breaking down stereotypes and expectations. If you’re a fan of the hit web series Indoor Boys, breaking heteronormitve barriers, selling projects, and… The Hindenburg… then this episode is for you.

Alex Wyse is an accomplished actor in tv/film and Broadway who not only performs, but his hyphens also include writer, director, and producer. From his earliest memories of being an aspiring child magician, he realized he too can also write a song, write plays, and create. After a college experience that was less than favorable, he began to write on his own work out of necessity.

Like many multi-hyphenates, Alex also ran into the statement many people tell us – which is, “You have to pick one thing.” Together, Michael and Alex break down the idea of why picking one art form is outdated and, quite frankly, not helpful. The world today is more receptive to the multi-hyphenate than ever before, but people do still believe artists have to be stuck in the binary. How can your art defy genre and expectations?

Alex and writing/directing partner Wes Taylor have also struck gold. Together, they wrote an Emmy Nominated character in their webseries Indoor Boys, which Michael produced. Telling stories that influence change, no matter how big or small, is what Alex is about. Through whatever his hyphen, Alex wants to give space to people to tell the stories they are meant to tell. This episode was recorded on the day a straight actor was nominated for a Golden Globe for portraying a gay man, which infuriates Alex and goes against what Alex stands for. Alex says, “The way I can be a social advocate is through my writing.”

Alex Wyse has been seen on Broadway in Waitress Spring Awakening and Lysistrata Jones and on the tour of Wicked. His off-Broadway credits include Ride the Cyclone, Bare and Triassic Parq. TV/film: Marvel’s Iron Fist, Masters of Sex, NCIS: Los Angeles, The Bold and the Beautiful, Modern Family, Agent X, Switched at Birth, Bored to Death, X/Y. He is a producer on constitution. co-creator of Indoor Boys, for which their creation of veanne cox’ role Lenora received an emmy nomination.

In the segment You Got A Question? Michael features a question from Heather A., who asks if her daughter should go to college for theatre and what is the difference between a BA and a BFA?