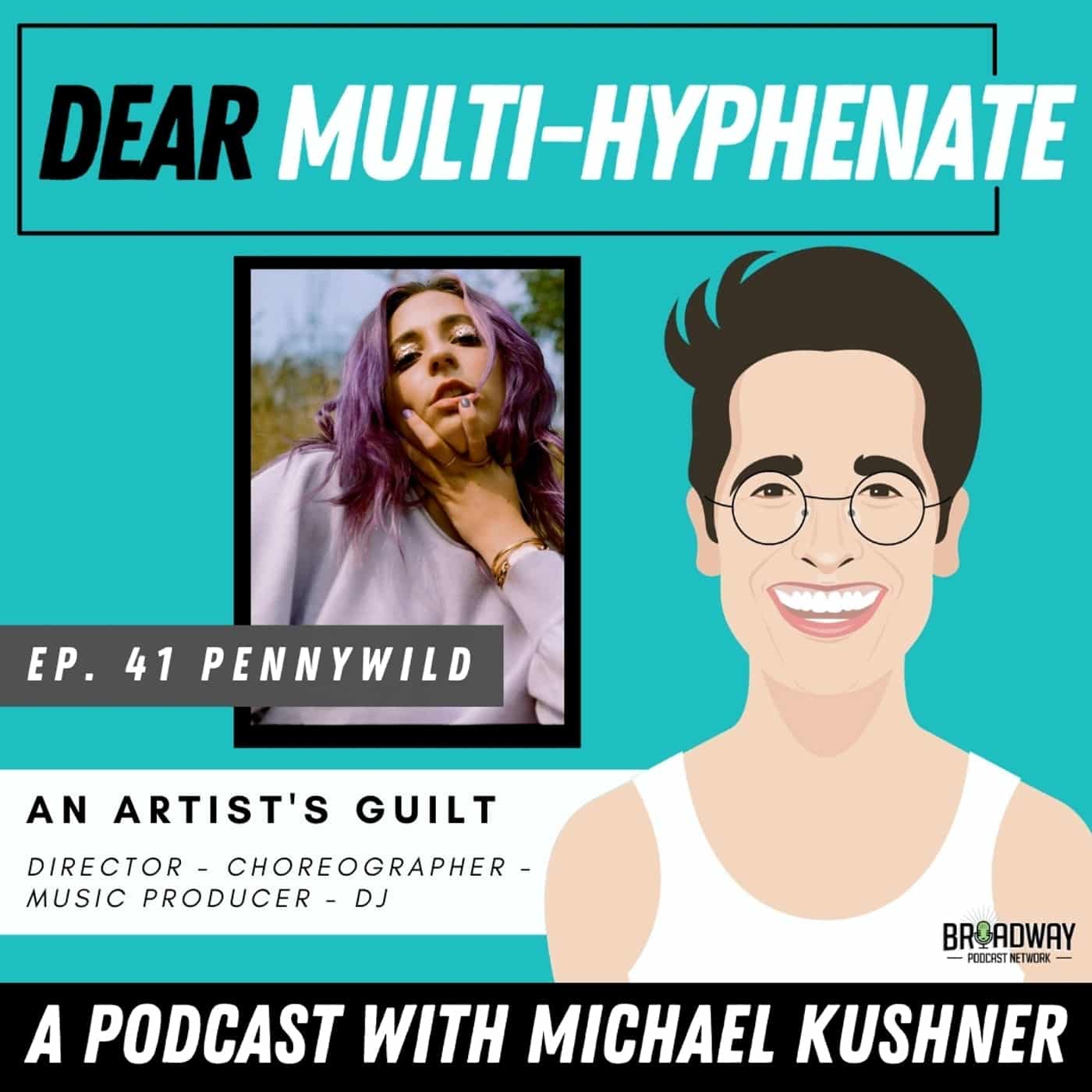 “It’s not going to be perfect, but nothing is perfect. The hardest thing about making music is finishing music.”

How does the multi-hyphenate differ from coast to coast? On this episode of Dear Multi-Hyphenate, dj-choreographer-producer-performer, wasn’t originally drawn to the word multi-hyphenate or “Renaissance Woman”. But in 2021, Penny Wildman, who also goes by PENNYWILD, resonates with the phrase as she no longer waits for permission to tackle her avenues.

Are we in a new era of Artist’s Guilt and has it flipped on its head? Where an Artist’s Guilt is usually born out of an artist feeling they aren’t creating enough… in a response to a pandemic, is it the guilt now is a response to creating too much, especially in a world where so many people are less inspired to create.

PennyWild is always finding the balance in, you guessed it, social media – especially TikTok. The app can change lives, but is the Russian Roulette gamble worth it? What does growth actually look like and how can we get from point A to point B. Like PennyWild says, sometimes we are just flying by the seat of our pants. Sometimes it just takes ONE moment to hit us in the “pleasure center” to disenroll from our college courses and switch gears. People may think it’s weird, but when we find paths for artistic opportunities – it can create a beautiful orb of work. It may not make sense on paper, but it’s a beautiful thing.

As PENNYWILD, she has performed at globally renowned music festivals such as Coachella, SXSW, Lightning in a Bottle, BUKU Arts Festival, HARD Summer etc. She released her 1st single on Steve Aoki’s Dim Mak Records, followed by her debut EP on Dome of Doom Records in October 2020. Her sophomore EP will be released Summer 2021.

Penny appeared on London’s prestigious West End in the iconic Broadway musical West Side Story and toured with the production throughout the US, Canada, and Europe. Penny is also a Dance Coach/Choreographer for MTCA (Musical Theatre College Auditions).

In the segment You Got A Question? Michael features a question from Jessica P. on (asked on TikTok) who asks why we should no longer use the word ‘quirky’ when describing ourselves to headshot photographers, agents, and managers.