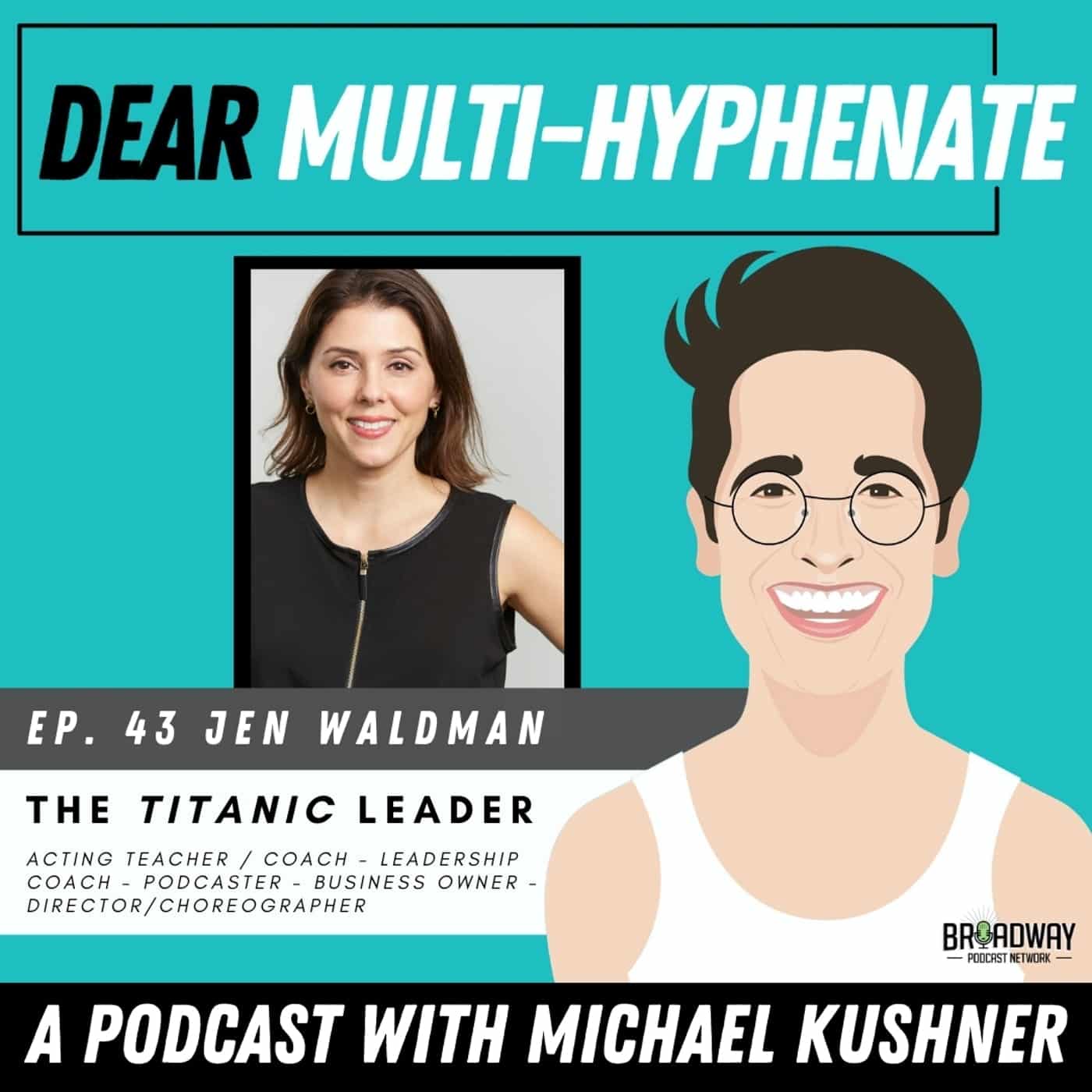 “It is difficult to get a man to understand something, when his salary depends on him not understanding it.”

If we looked at the industry like a cell, Jen Waldman would be the mitochondria, or the powerhouse. With a lustrous career on stage, Jen began to venture into other facets in the industry breaking down barrier after barrier as an acting teacher – acting coach – leadership coach – podcaster – business owner – director/choreographer.

“When it’s working at it’s best,” Waldman says of her outlook on theatre, “I think of theatre as really responsible and relevant story telling with an eye on the impact that you seek to have not only on the audience, but the audience’s audience.” Not everything needs to be loaded with emotion, pathos, or drama, but we do need to hold ourselves accountable when creating theatre. Jen continues how when she sees theatre, she tries to go on a day where there is a talkback available in hopes of continuing the circular experience of taking responsibility, unpacking the story as a community, and calling yourself in for how one sees the show.

In this episode we speak about theatrical environments, multi-hyphenate potential, how a Swing on Broadway is a multi-hyphenate in itself, the individual journey, and how the industry can prevent the growth and experience of the multi-hyphenate.

This episode is incredibly inspiring to any artist at any level, so dive into Jen Waldman’s incredible outlook and be inspired to get to work, no matter the ways show business tries to silence your impulses. This episode also features a question from Luisa L. which touches on burnout in the segment You Got A Question.

Jen brings her 20+ years of Broadway experience into the world of business and served as the Artistic Director of the Hangar Theatre and as the Artistic Director of Breaking Bread Theatre Company. She served a 5 year term as the Theatre Chair for the National YoungArts Foundation, and was awarded a Proclamation from the City of New York in 2009 for her work galvanizing the Broadway community in support of marriage equality. She has directed and choreographed productions at theatres across the country. Earlier in her career, Jen worked as an actor, appearing on Broadway in Titanic and Wicked, also touring the US as Nessarose, the Wicked Witch of the East.

Jen is the co-host of the podcast The Long and the Short of It with PeterShepherd.