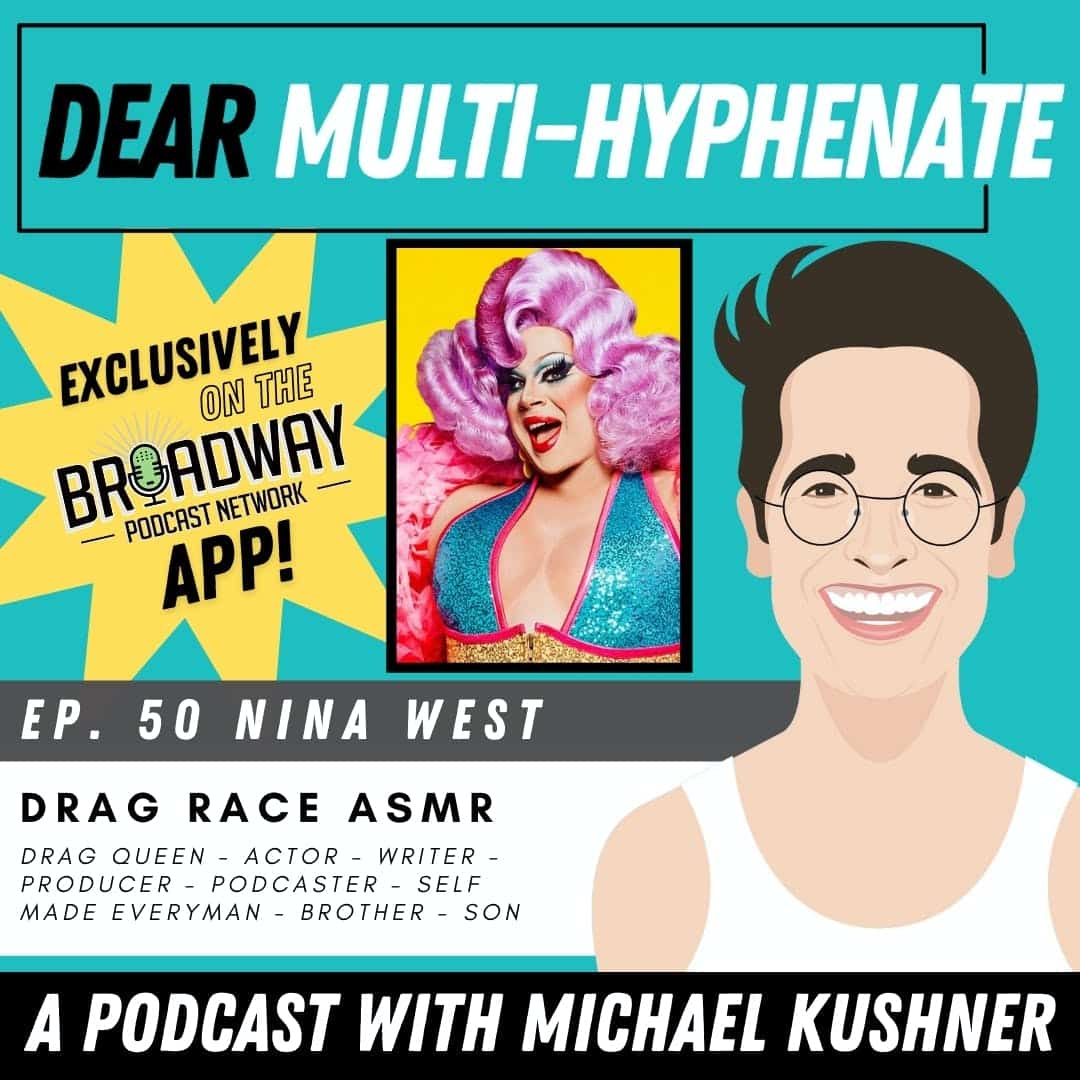 “As multi-hyphenates, we are living boldly and loudly. We’re putting a lot on the line, right? In a world that’s full of judgement — you’re allowing a lot of people in a lot of different ways to be like, “I wonder how this turns out.”

Andrew Levitt attributes his lengthy stay at Drag Race to the many years he’s dedicated to building his career. He always knew he was a creative person — but at the age of 16, Levitt started to come to terms with his sexuality and used the theatre to connect with other men like him. The hysterical Andrew Levitt, has always been well versed in pop culture because of his early exposure to shows like Murder She Wrote and Laugh In.

Levitt, who as Nina West has entered the hearts of millions across the world after winning Miss Congeniality on RuPaul’s Drag Race is now about to enter theatres all across the nation as Edna in the upcoming national tour of Hairspray.

As a multi-hyphenate, Levitt identifies as a drag queen – actor – writer – producer – podcaster – self made everyman – brother – son. It’s always so interesting when artists include their family roles in their hyphens, but Andrew says that it’s informed every step of his career.

“My dream was worthy and valuable,” he says. “They needed to be guided a little bit. I can’t fault them for that. My multi-hyphenate is almost almost always in regard to the evolution and the belief that I am capable of more than just.”

Andrew gets to define himself through his art in a very personal way — which leads to an evolution, something that every multi-hyphenate artist experiences. Multi-hyphenation is all about evolving and claiming one’s own power.

This episode is full of gay humor, Drag Race dish, multi-hyphenate inspiration, stories of past lives, and Levitt’s experience auditioning for the upcoming national tour of Hairspray!

Nina West is an American drag queen, actor and singer/songwriter based in Columbus, Ohio played by Andrew Levitt and is the most Googled Drag Queen In The World from 2020-2021 with over 7.8 billion unique searches. She rose to national prominence in 2019 with her appearance on VH1’s Emmy winning show RuPaul’s Drag Race Season 11, where she placed sixth and won Miss Congeniality. In 2021 she returned to the show and was anointed “America’s Sweetheart” by RuPaul herself. She has released 3 EP’s. In 2021, she partnered with Nickelodeon and Blues’s Clues for a series of Pride videos that went viral with over 2million views. On June 27th 2021, Nina Hosted the First Ever DISNEY PLUS PRIDE Celebration Spectacular, a celebration of the LGBTQ Community with Disney classics reinterprutted by LGBTQ artists like Hayley Kioyoko, Todrick Hall and Alex Newell. West has been performing in central Ohio and around the United States for the last 18 years, doing regional theater and of course, drag. As Nina West, she has produced over 35 main stage production shows. West writes/hosts/directs/performs in the annual sold out “Heels of Horror” show at Axis Nightclub. In 2008, she won the Entertainer of the Year award, and was included in Columbus Business First’s “40 Under 40” list in 2018 and2019. Nina is a LGBTQ advocate and has raised over $4million for charitable causes in the last decade alone, through her charitable foundation The Nina West Foundation.