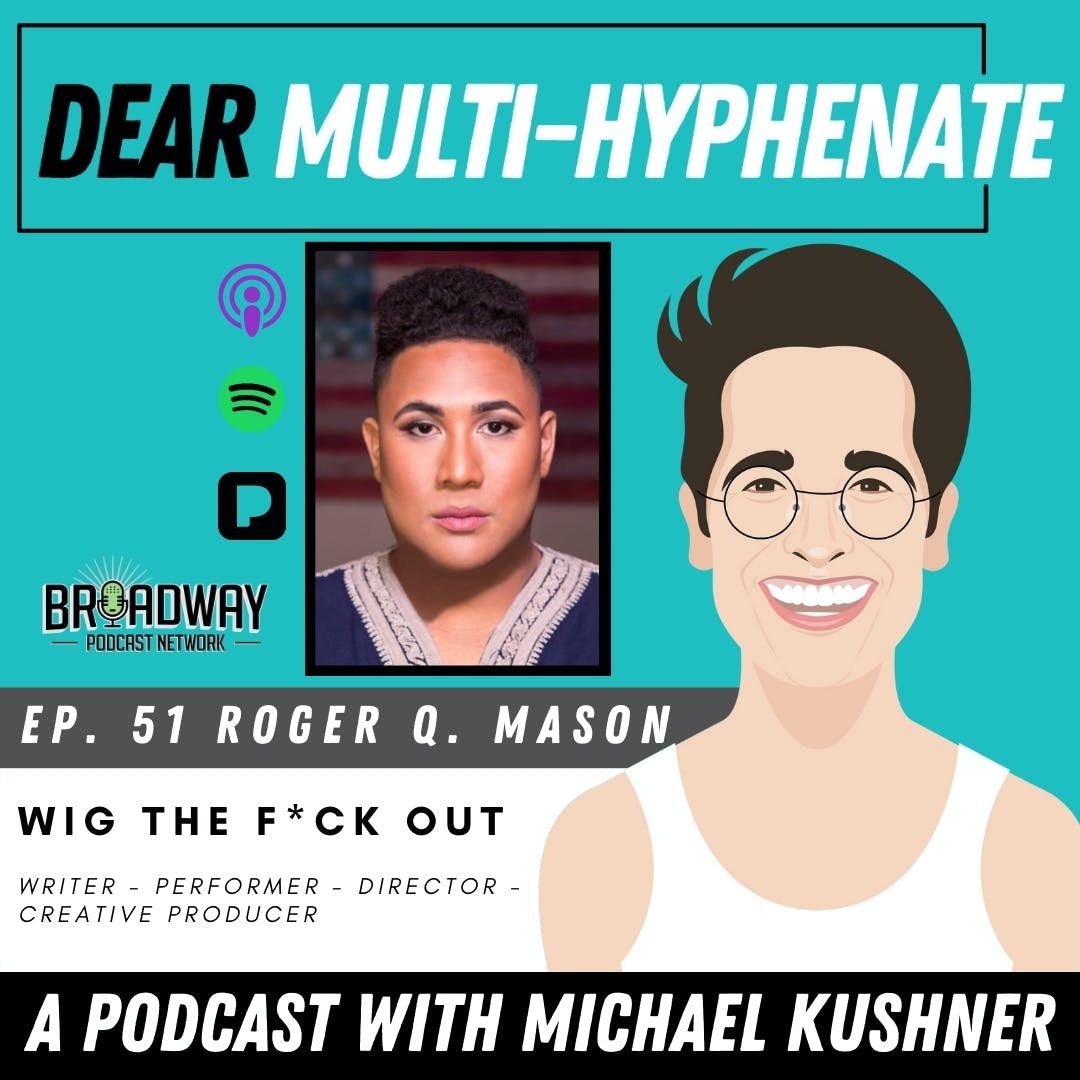 Roger Q. Mason (they/them) is an energy like no other. When they were twelve years old, Mason felt the most free when standing on stage — which was taken away by queer shaming and gener policing. After spending years, reclaiming what they lost, Mason became versed in writing, though they kept performing and writing separate.

“At that time, I was interested still in being a man of letters — so I still had a very two dimensional literary relationship to writing. I hadn’t quite understood that writing was a blueprint, at least for theatre, I hadn’t understood writing as a blueprint for performance.”

Mason always identified as a multi-hyphenate, yet was socialized into ignoring that aspect of their artistry. Eventually, they found the freedom of expression to become the multi-faceted they are today. Today, Mason continues to promote freedom of expression by helming the New Visions Fellowship, an innovative and rigorous year-long professional development program created to support emerging Black trans and gender nonconforming (TGNC) playwrights. The 2021 New Visions Fellowship playwrights will each be awarded $5,000, fully funded by National Queer Theater, to develop a play, musical, or performance experience of their design and choosing. National Queer Theater will host a professionally cast and directed reading of their play at the end of the program. They will also have the opportunity to participate in professional development sessions covering a wide range of artistic topics. In addition, they will receive a five-year complimentary membership to The Dramatists Guild including access to contracts, business advice, and career services, to help protect the artistic and economic integrity of their work.

Take some Meyer Lemons and turn it into Meyer Marmelade and listen to this episode where Michael and Mason speak on the Auteur, Queer relationship to dramturgy, and how multi-hyphenating is much like gender, blurring the lines of the binary — and so much more.

Roger Q. Mason (they/them) is an award-winning writer, performer and educator known for using history’s lens to highlight the biases that separate rather than unite us. Mason’s playwriting has been seen on Broadway at Circle in the Square (Circle Reading Series); Off and Off-Off-Broadway at New York Theatre Workshop, New Group, The Fire This Time Festival, Dixon Place, American Theatre of Actors, Flea Theatre, and Access Theater; and regionally at McCarter Theatre, Center Theatre Group, Victory Gardens, Chicago Dramatists, Steep Theatre, Serenbe Playhouse, Theatre Rhinoceros, Open Fist Theatre Company, EST/LA, Coeurage Theatre, Rogue Artists Ensemble, Son of Semele, and Skylight Theatre. They are an honoree of the Kilroys List; the recipient of the Chuck Rowland Pioneer Award; the Fire This Time Festival Alumni Spotlight, and the Hollywood Fringe Festival Encore Producers Award; and a finalist for the Geffen Writers’ Room, Lark Playwright’s Week and the Screencraft Play Award. Mason’s films have screened at the Outshine Film Festival, Rochester International LGBTQ Film Festival, and the Pan African Film Festival. They’ve been recognized by the AT&T Film Award and Atlanta International Film Festival. Mason holds degrees from Princeton University, Middlebury College, and Northwestern University. They are a member of Page 73’s Interstate 73 Writers Group, the co-host of Sister Roger’s Gayborhood podcast, and the co-founder/lead mentor of the New Visions Fellowship for Black Trans and Gender non-conforming playwrights.