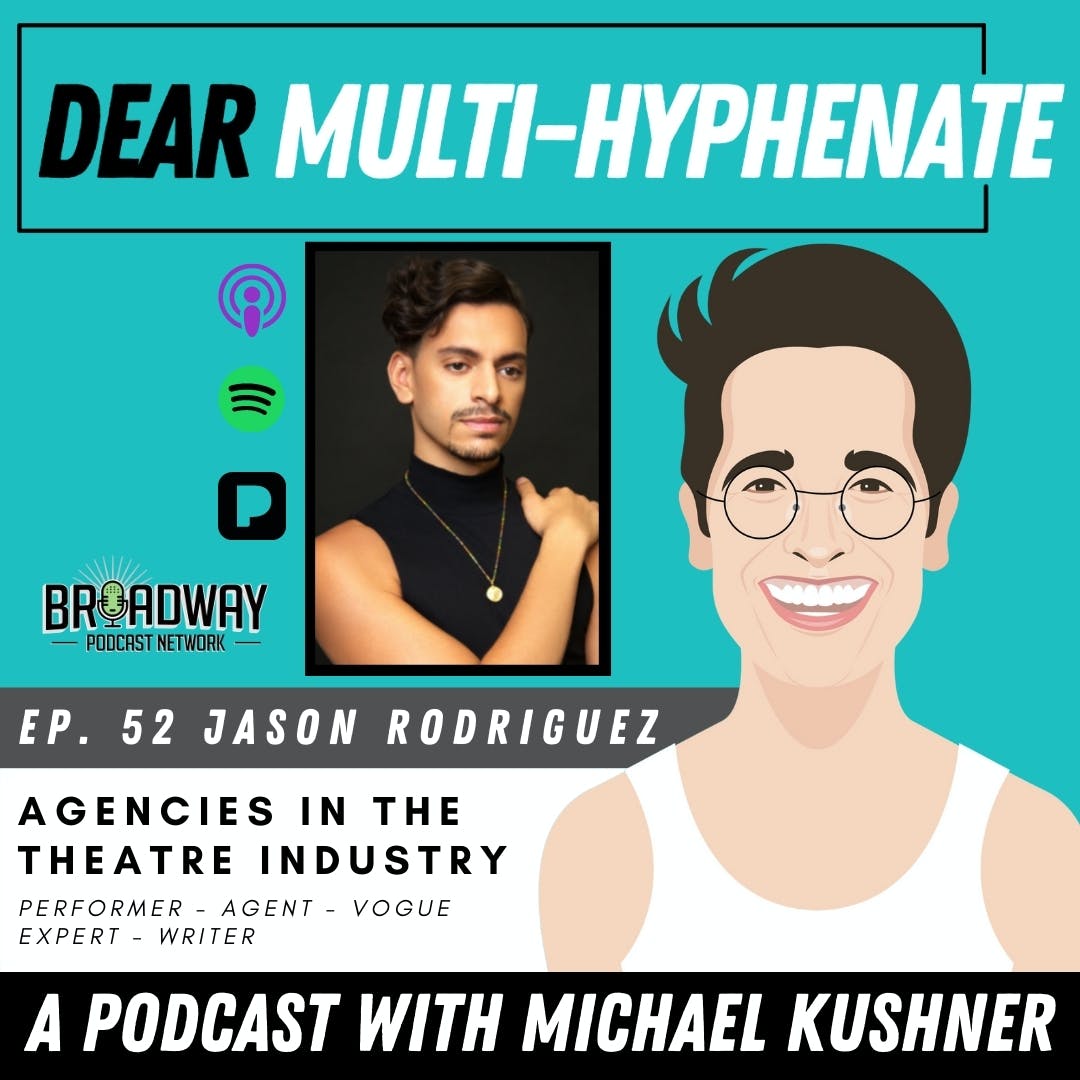 “Wow, first of all I love that word. When I first saw it in an email, I was like, ‘It’s gotta be the cousin to multi-faceted’ because that’s the word I carry with me.”

Jason tried for the conservatory. He tried for Macbeth. He tried to be the Latinx Carrie Bradshaw. He couldn’t be just one — he had to find a way to access all of these proficiencies. “When you come from a place without privilege or access, you have no choice but to be multi or just fall to the ground,” says Rodriguez.

Jason understands that his work doesn’t end after he’s done performing — he knows as a Latinx performer, he must create accessibility into the industry. He and his business partner, Ricardo Sebastn, are trying to change the game with their new agency Arrangency — with the singular mission of bringing BIPOC, Trans, and Queer people to the forefront of all creative industries. “We’re trying to build a support system for talent when they walk into set,” says Rodriguez. “When they go to their jobs, when they do their gigs… their projects… create their production… and they know they have a team behind them that they can relate to… that see them… that understand them and then it just becomes the work between the talent and the work. Nothing else is in the way.”

In this episode Jason and Michael dissect what it means to provide access in the industry, delegating the steps to starting a new agency, working relationships, representation for artists, hopes and dreams, and more. Jason Rodriguez is the unequivocal face of voguing for an entirely new generation of dancers and dance enthusiasts. He starred for three seasons as Lemar in Ryan Murphy’s Emmy and Golden Globe Award-nominated television series “POSE,” where he also shared his expertise with the cast as Movement Coach and Choreographer. Born and raised in Washington Heights NYC, Jason’s name has become synonymous with the art form of voguing. Jason’s masterful embodiment of the art form has been noted by countless dance critics and journalists, including The New York Times’ Gia Kourlas, who described how his “radiating limbs transform his torso into a solid stretch of sinew and muscle, making him at once tense, velvety, and effortless.” Jason has taught Vogue across the U.S. and the world and currently teaches at various schools and institutions throughout New York City. In addition to “POSE,” Jason has been seen on Baz Lurhmann’s “The Get Down” on Netflix, “Saturday Church,” and on HBO’s “The Deuce.”