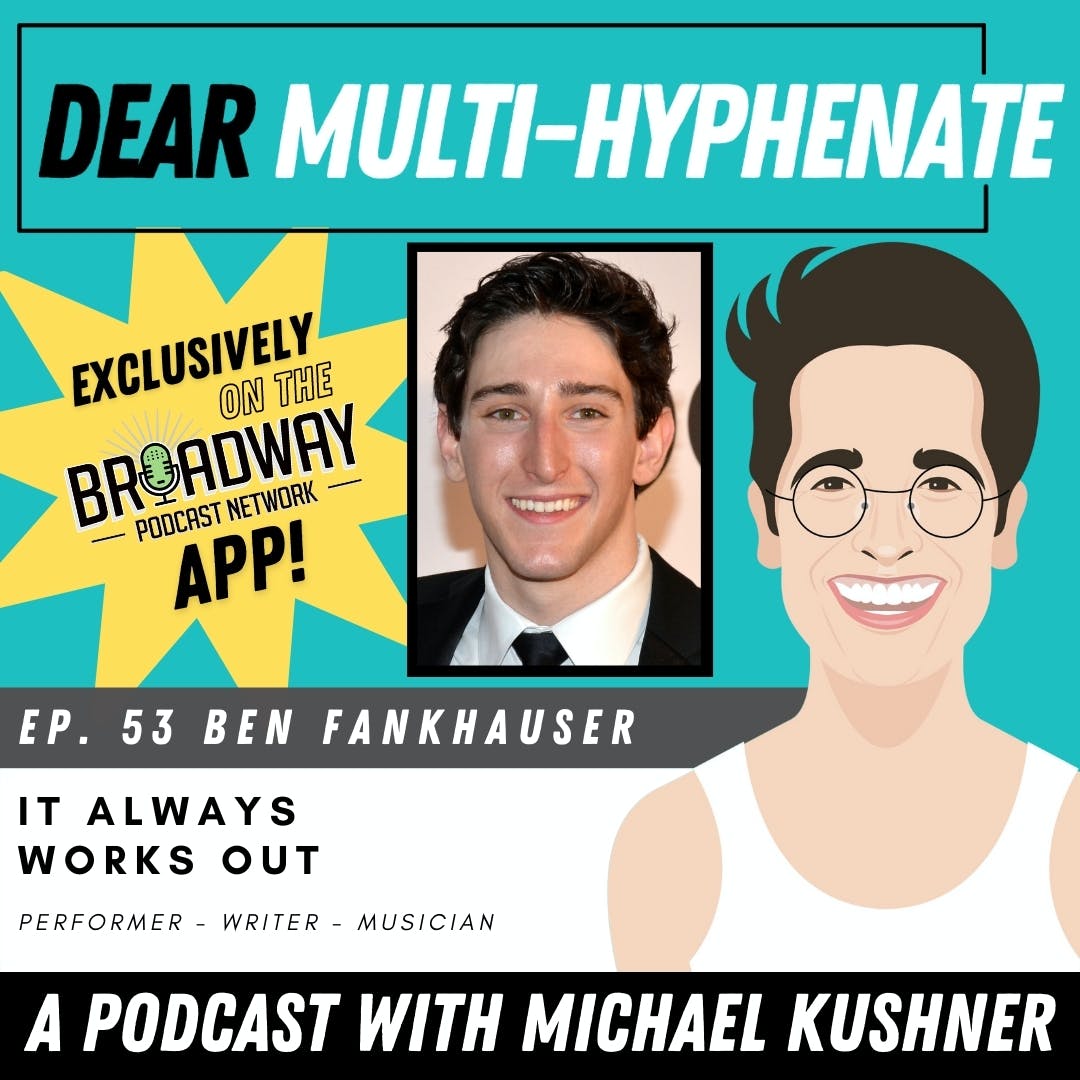 #53 – Ben Fankhauser: It Always Works Out

What’s it like to open the first new musical post Broadway shut down? Ben Fankhauser and Alex Wyse have come together to create A Commercial Jingle for Regina Comet, a new musical playing Off-Broadway at the DR2 Theatre in NYC.

This is the mentality that helped Frankhauser and Wyse open up a new, in person, musical Off Broadway. In this episode, we go on the journey of Ben discovering his multi-hyphenate identity, and like so many of us — we are all multi-hyphenates… we may just call it something different.

“It took me a while to realize what I was all about, however looking back I think I was always a multi-hyphenate. I was always a musician, an actor, a wannabe writer, a storyteller, a producer. But I never really had considered… it was more an innate knowledge of the kind of things I want to do with my life. Frankly, it wasn’t until I heard of your program years ago when I was like, “Oh that’s a genius name for it.” There’s a crossover — for me the crossover always existed, it just hadn’t really registered that it was a thing or that you could be a person who didn’t crossover. To me, we all crossover whether you want to or not.”

Waiting is the most exhausting part of being an actor — and after a phone call between Wyse and Fankhauser, they decided they don’t need to wait for permission. They didn’t know what their journey would be but they went on it. Finding success in this industry is attributed to what makes one happy — so how does one find happiness? It’s about sharing a specific story. Everyone has one and there’s room for everybody.

“We are the first new, original musical that is opening up post pandemic. A lot of the things we’re seeing open have been open pre-pandemic. We are a brand spankin’ new original musical and it is the best feeling to offer up something that no one has ever seen before. It’s not based on anything. It’s our creative brainchild and we hope it gives people the chance to come in and laugh and experience some joy and experience some music they’ve never heard before and all those things that we go to the theatre for — we go to see musicals for — it just feels a little sparklier and more special.”

In this episode Ben and Michael discuss comparing themselves in their journey, what makes someone write a new musical, building the ideal version of one’s career, tips to staying healthy while working on a musical during the pandemic, how to successfully multitask or switch between hyphens when writing and starring in a new musical, and the flexibility with change.

The hysterical and zany A Commercial Jingle for Regina Comet is running from September 27th through November 14th at DR2 Theater in Union Square, New York City. For tickets, visit www.reginacomet.com