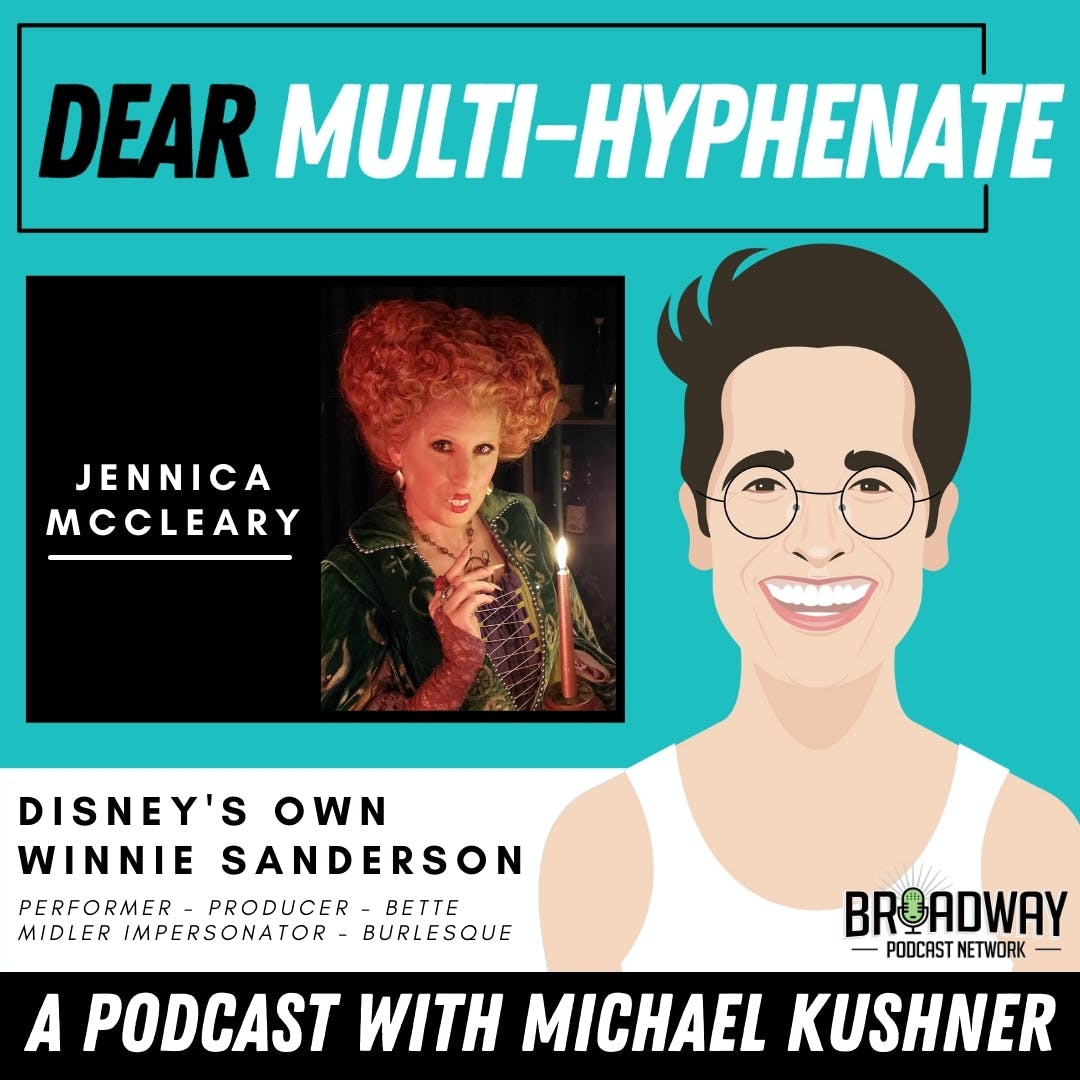 “For years I was referring to myself as a Swiss Army Knife of talent,” says Jennica McCleary.

Artists often say, “and then one thing led to another,” but what does that mean? Jennica McCleary is a Bette Midler impersonator based in Orland, Florida. Her incredible story of how she became Walt Disney World’s go-to Winnifred Sanderson is an inspirational one for the ages. Also getting the blessing from the bombastic, austentatious, and Divine Miss M ain’t so bad either.

McCleary is an actress, burlesque performer, producer, and Bette Midler impersonator who also happened to survive Breast Cancer. A hard worker, McCleary found herself more upset at having to cancel or reschedule gigs in order to get treatment. What are the lessons in this? How does this help an artist take time for themselves and discover what’s important? What are the expectations we put on ourselves?

Her Winnie Sanderson is the gift that keeps on giving — and it’s all because McCleary showed up to an audition she knew she was perfect for. In this episode, we hear an UNHEARD story of how the casting process with Disney works. We also unpack the importance of being specific with one’s career, even with choosing which auditions to attend. Plus, we dish on rumors regarding Hocus Pocus 2!

That’s not it — McCleary is bringing her show Winnie’s Rock Cauldron Cabaret to The Green Room 42 in NYC for an incredible and highly anticipated Halloween celebration on October 31st at 7pm and 9:30pm. This performance is going to be epic, so make sure you buy tickets at https://thegreenroom42.venuetix.com/show/details/NZG2rfezEBrSrVmMKxTm/1635721200000