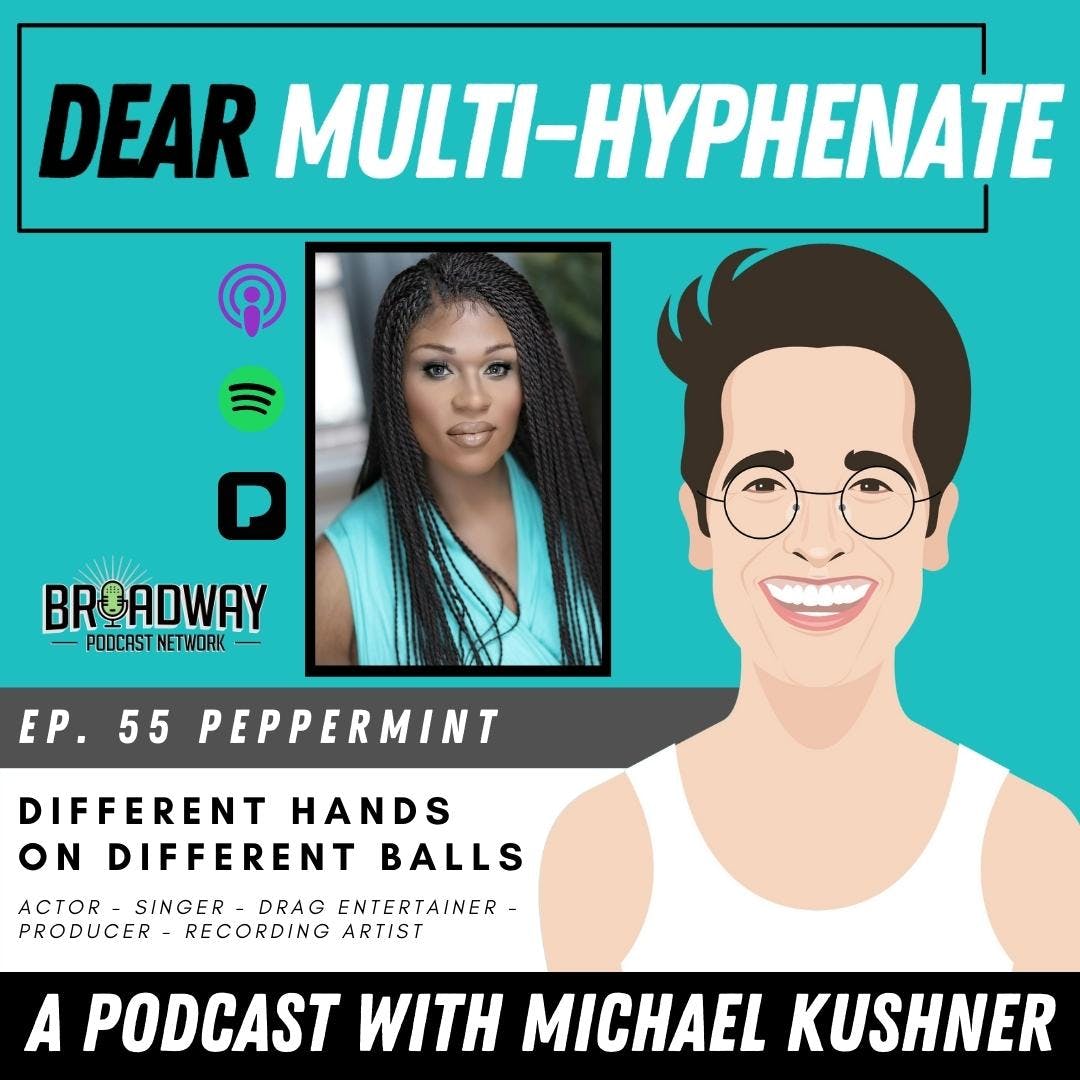 “You run the high risk of something suffering,” says Peppermint about multi-hyphenating on an Executive level.

Peppermint is Broadway and television royalty. As coming in second place on her season of RuPaul’s Drag Race, Peppermint is the first queen to enter as an openly trans woman. Her hyphens include actor – singer – Drag entertainer – Producer – Recording Artist. She includes activism in her hyphens, but usually leaves it off because it’s implied in the work that she does.

“It’s important that we as citizens are involved in a certain type of activism because of the space that we occupy,” says Peppermint. “It is so much more than it would have been ten, twenty, thirty, forty years ago as public figures.”

According to Peppermint, her identity puts her in the box of having to perform everyday activism. In this episode, we discuss different aspects of activism as well as cancel culture. How is cancel culture helpful? How is it harmful?

“I don’t even use the word cancel, cancel culture,” she says. “I don’t think there is anyone who is above or immune to criticism. That’s not judgement… that’s criticism. But by the same token, I am 100% in favor of people having options to learn and demonstrate what they’ve done and experienced.”

In this very candid and honest conversation about the ways in which artists navigate responsibilities, we also chat about Peppermint’s upcoming reality competition television show, Call Me Mother. On the show, she is an Executive Producer, Drag Mother, and judge. What are the lessons learned by multi-hyphenating in an environment like this? How does Peppermint juggle it all? And what are the expectations that others have for Drag artists that aren’t expected of others? And what are the ways producers can make spaces better for Drag artists?

“It is extremely difficult to do it and be on camera because some of the times we had to stop,” says Peppermint. “I had to stop what was happening on stage to put on a different hat… or sometimes I wouldn’t stop and I would just start talking like a producer which is obviously not what the audience wants to see. I was like, I don’t care… you’re going to have to edit this out but we need to fix this!”